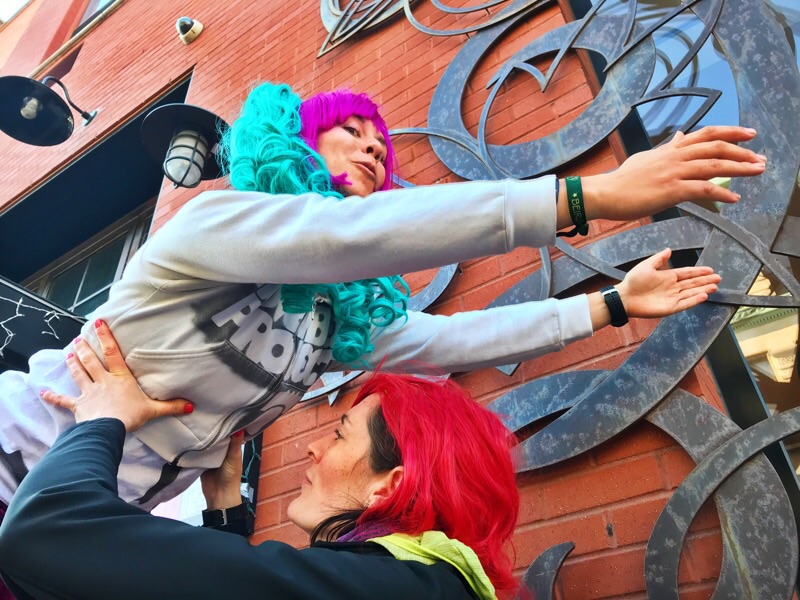 We’ll start by saying, ‘Thank you,’  to all the runners who showed up, donated, volunteered and supported this event that was created on a bar napkin at the ugly duckling after way too many beers. 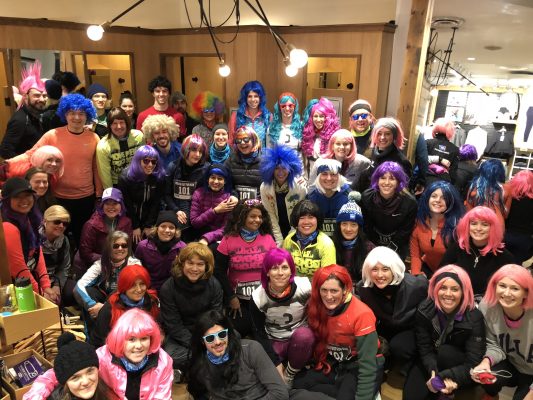 We’re sure everyone knows someone who has been affected by cancer.  It’s a terrible disease, and we wanted to find a way to bring some cheer on the 2018 weekend of World Cancer Day.  For some people, it’s a challenge running in 19 degree weather with tail winds whipping in your face. We had 42 people run, while wearing wigs, outside in that crazy weather.

In September of 2015, Jeanie was out to lunch with her mom when she noticed a large lump in her throat. After months of sore throats and loosing her voice, she had a sleep over at Emily’s house in New Jersey, and oncr again—woke up with zero voice.  Jeanie finally decided to get it checked out. After an ultra sound, and guided needle biopsy, it was confirmed.

After completing a full thyroidectomy and experienced radiation, Jean will be celebrating 3 years of being cancer free this upcoming August.

Jeanie has always had a huge cheer squad at November Project that supported her. It still feels like yesterday that my mailbox was flooded with posters, humorous cards, board games, books and a wide range of coloring books when I was on the mend. I am forever grateful of the support from the tribe and my sister who became my own personal nurse through my journey. 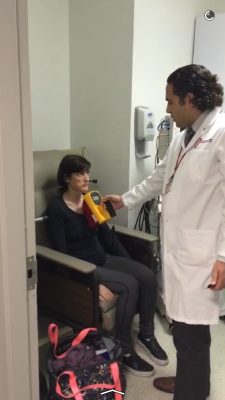 In early Autumn 2009, Sierra was back at college beginning her sophomore field hockey preseason. Summer training had been filled with early mornings, lab studies, and an increasing amount of naps with a side of lethargy that had been attributed to the heat (Richmond, VA is a rather humid place come August, take note!) During a routine fitness test, the team’s trainer (let’s call her, Trainer Meghan) pulled her aside after barely crossing the end line after the second sprint.

That afternoon, blood tests were scheduled to begin, ruling out what wasn’t causing the steady weight loss and increased coughing that became the daily normal. The blood tests orginally lead to a diagnosis of iron deficiency, and after a month of taking iron supplements—plus losing a few (Read: 20 lbs) extra pounds, the serious struggle to digest whole foods, and fatigue kicking it up a notch—the move was made from a physician’s office to a blood & cancer outpatient facility. After three surgeries, a couple of CAT scans, and the start of night sweats, an answer was found late September—cancer. Officially diagnosed with stage 2-4b Hodgkin’s Lymphoma, I began 6 rounds of ABVD chemotherapy while going to part time status, and redshirted for the remainder of the season.

Those months were a blur of extreme moments, total numbness, and held together by the steadfast family (yeah, that includes friends) who got me through it. I received my last treatment on St. Paddy’s weekend in 2010 and went straight to the tattoo parlor to commemorate my victory (luckily, my parents didn’t disown me). I’ll be hitting year eight of remission this March.

When we started the tribe together last January, we have always talked about the importance of spreading the good word of early detection and how important it is to listen to your body—if something doesn’t feel right, get it checked out.  We are very lucky to have supportive families that looked out for us during our cancer journey. We wanted to give back to an organization that embodies those same values. That’s why we chose Soul Ryeders—a local 501(c)3 public non-profit organization that’s volunteer-driven based in Westchester County, NY—committed to empowering those in our community who are affected by all types of cancer.  From diagnosis through treatment, recovery and survivorship, they offer practical resources and nurturing support services that provide dignity, confidence, hope, and compassion.

These are their core values:

We were able to raise $1400.00 in a span of a week thanks to all the LOVE from you, near and far. …and there’s more to be done. Sure, financially, but also mentally and physically. So, we decided to combine the three and we couldn’t be prouder of the result.

More to come. For now, onward.