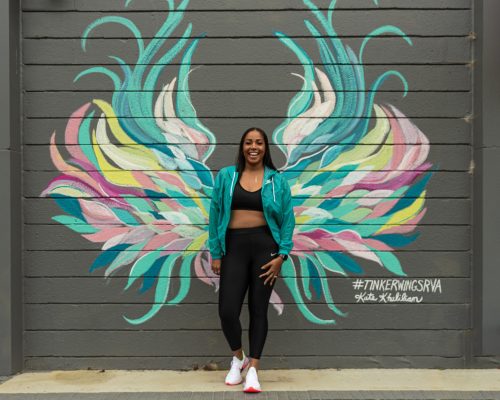 Jay Ell has established herself as a communications professional with a true commitment to community engagement through her passion for health and fitness over the last 11 years. She is the owner of The Vaughn Strategy, a public relations consulting business, and also serves as the owner and CEO of Black Girls RUN!, after serving as their brand manager for six years. She is also the Founder and Executive Director of the BGR! Foundation. A native of Norfolk, Va., Mrs. Alexander received her Communications degree from
George Mason University and her Master’s degree in Strategic Public Relations from Virginia Commonwealth University. She is currently enrolled at the University of Notre Dame in the Nonprofit Executive Leadership program. Mrs. Alexander has a passion for running, loves shopping and traveling. She is a member of Alpha Kappa Alpha Sorority, Inc. and the Public Relations Society of America. She and her husband Chris are #T1DParents and reside in Richmond, Va. with their son, Chris Jr., and their dog, Luna. 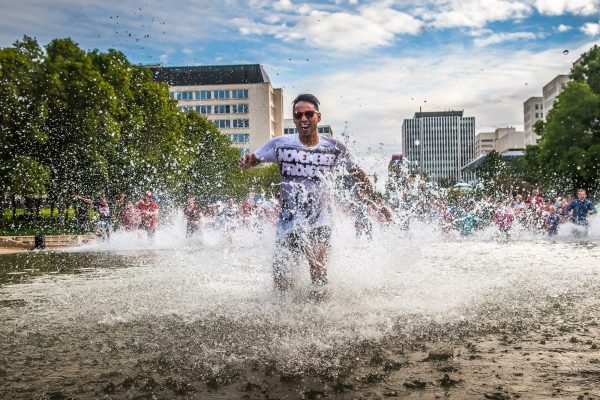 Nadim (he/him) spent over 7 years as a leader of November Project in Edmonton before finally getting rid of his alarm clock. His past work with non-profits, human resources, and his experience with November Project lead him to his current career as a city builder ensuring visitors to Edmonton have memorable and transformational experiences. When he’s not eating cookies baked by his fiancé or attempting to train his puppy, Nadim can be found exploring Edmonton’s river valley or training for future skating races. Nadim is excited to be able to help guide the next evolution of November Project as it continues to use the vehicle of fitness to affect positive change around the world. 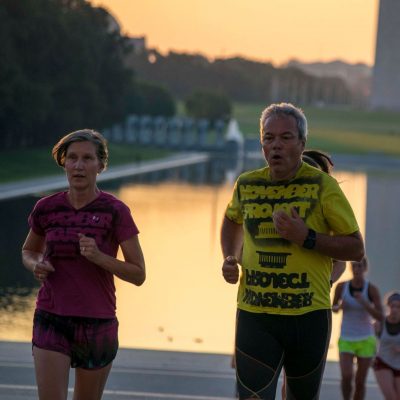 Ron is a federal judge who spent most of his life focused on career and family, not on fitness. In 2012, Ron took up cycling, and by 2014, he biked across the United States. That same year, Ron began attending November Project DC, where he has been a regular ever since. Inspired by November Project’s inclusion of people at all fitness levels, Ron has become an active runner and triathlete. Because he travels extensively for work, he has been able to participate with November Project in at least 16 cities and has attended NP Summit, among other November Project events. Ron lives in the Washington, DC area with his wife, and they have two adult children. 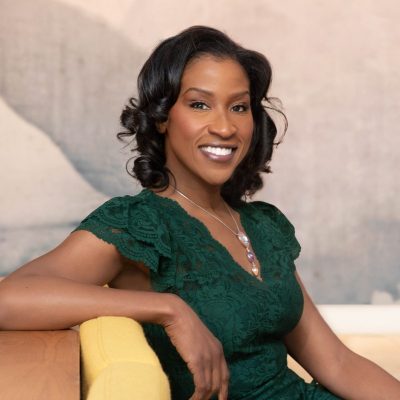 Claudia not only leads a networking and Diversity, Equity & Inclusion (DEI) training company, but she has a passion for serving others and giving back to the community. She currently serves as the Board Chair of Boston Women’s Fund and has previously served as Director of Community & Member Relations for the Boston Business Women. Claudia also is the Founder and Organizer of Single Mothers United and was a mentor in the Mother Caroline Academy Mentoring Program. In her spare time, Claudia loves spending time at home with her son Michael, traveling around the world (outside of pandemic), and enjoying all types of Vegan cuisine. Claudia loves staying active by performing with her dance companies, running marathons, and working out with November Project Boston! 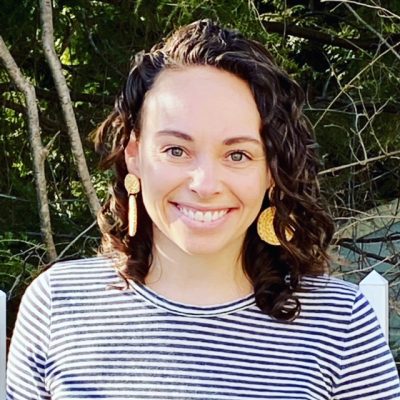 Whitney brings 15 years of experience in the nonprofit sector helping organizations to build the financial health and infrastructure needed to drive sustainable impact. She is currently VP, Finance & Administration for the Life is Good Playmakers, where she is responsible for the organization’s financial management and planning, human resources, and compliance functions. Whitney lives outside of Boston with her husband, kids, and two dogs. She loves spending time outdoors and taking trips near and far. 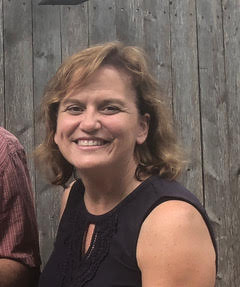 Lynn Gonsalves has spent the past 25 years helping people and organizations grow and realize their dreams. With a career that spans from direct service to organizational leadership, Lynn’s work balances the functional approach of an Occupational Therapist with a broader community perspective informed by her Ph.D. in social policy. She is committed to helping non-profits build strong healthy work environments and community partnerships. As a consultant, she supports organizations undergoing change due to leadership transitions, growth, strategic reorganization, and infrastructure challenges. Lynn spends most of her free time with her husband, two daughters, and three dogs either in Boston or on a small island in Maine where she loves to hike, bike, garden, and be outdoors. 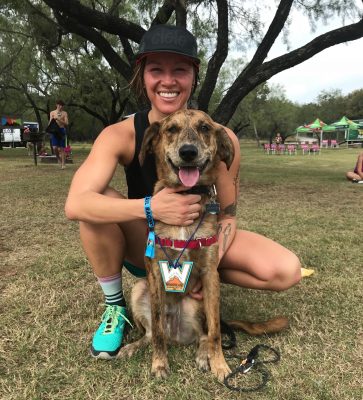 Ashley is a part of the Global Brand team at Netflix. She has spent nearly 15 years in brand marketing and design consulting, at the Austin-based independent creative agency Preacher, the global design firm, IDEO, and the Boston-based ad agency Arnold Worldwide. In her free time, you can catch her surfing, playing pick-up paddle tennis, cheering on the USWNT team, and…watching Netflix. Ashley lives in Los Angeles with her wife Abba and their dog Baloo. 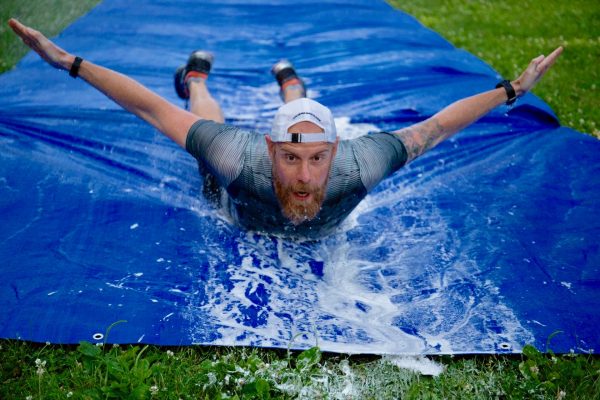 Bojan has spent the last 10 years, growing NP from two guys in Boston to a non-profit organization with a reach in 52 cities around the world. He is involved in everything from operations, strategy, and compliance to internal and external communications and sponsorship development. Bojan currently lives in Southern Vermont with his wife and two kids where he spends time enjoying the great outdoors. As fun as joining cities for the virtual workouts in the past year has been, Bojan is really looking forward to normalization of travel so he can visit NP cities in person again. 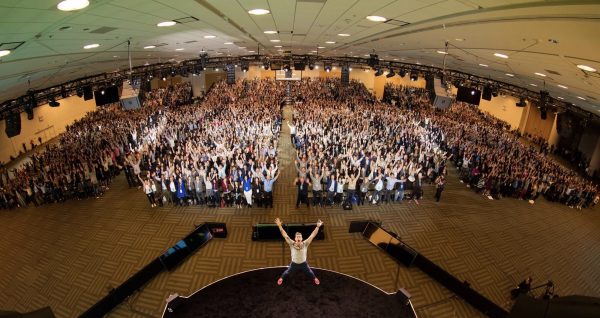 “BG” left the world of running brands to go full time with November Project back in 2014, bringing with him his skills in social media, marketing, events, and navigating the web of connections in the fitness industry. He has evolved over the years from the man of hype and many words to the person interested in how NP continues to change and grow as a movement nearly 10 years later. On the weekly, this new Minnesota resident connects with brand partners, current & retired Co-Leaders, NP Pledge cities, and keeps tabs on the many people in the world of movement (including his yogic wife Goldie & wacky 3 yr old Lumi).