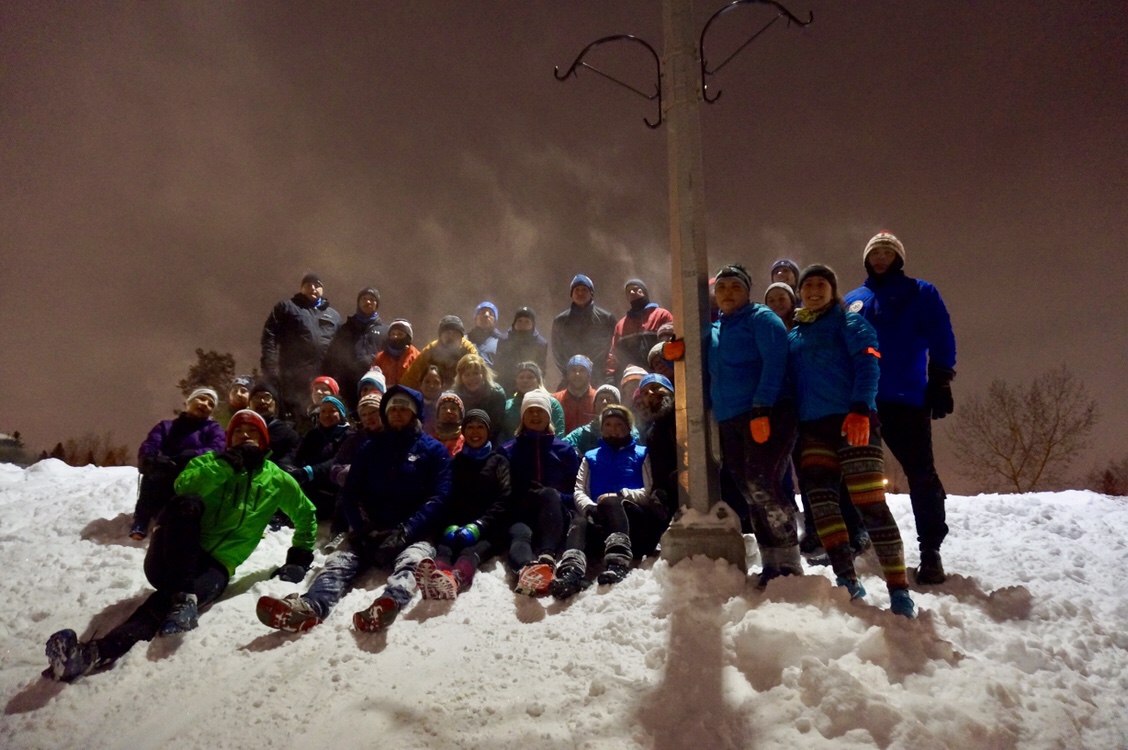 As many of you may know, Jen and I went out to Winnipeg over the weekend to check out their giant skating event called The Great Skate. It’s a 6k skating race on the Red and Assiniboine Rivers. I have always thought it was one of the coolest events that any of the November Project tribes host. It was their third year hosting the event and they had their largest turnout ever. 200 people showed up Sunday morning for the race. What’s even more remarkable is that it was -40 out that morning, but that didn’t stop people from showing up. I was shocked at how weatherproof they are. And yes, we saw everyone who went out for long runs this weekend, and even raced in the Hypo Half. Sometimes I think we are all crazy. But we can be as crazy as we want as long as we know when to call it quits. Apparently, this weekend wasn’t one of those times.

Winnipeg tribe is legit and would be in my top 5 tribes to visit (if I had a top 5).

Excuse me while I now attempt to thaw. I wonder if this $5 bill that I’ve been keeping in my NP jacket counts as a layer.