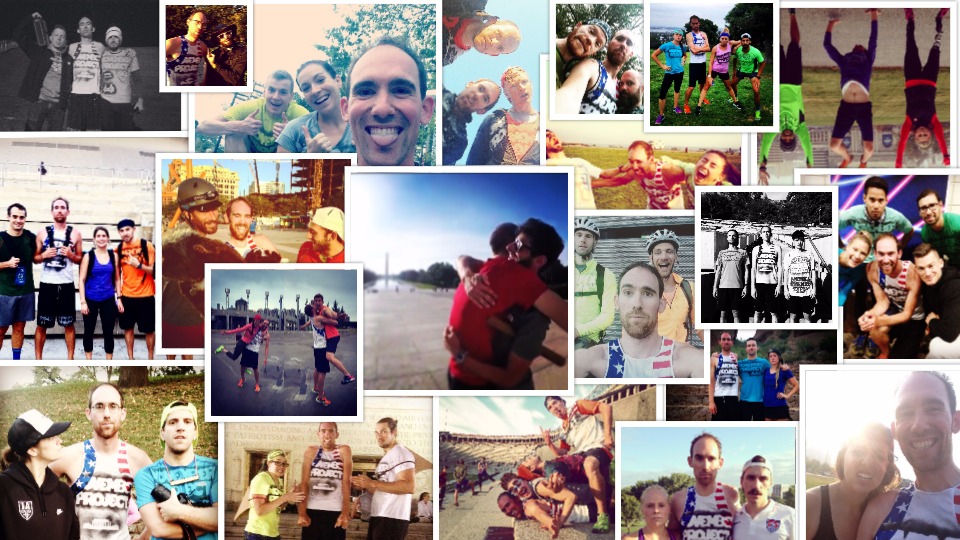 “You drove three hours for a workout?”

The question looks innocuous in writing. It was not. The sarcastic tone. The incredulous eyes. The stern body language of the U.S. Customs and Border Protection guard.He tapped at his computer and swiped through my passport from above me in his outpost, which looked more phone booth than enforcement. Dude thought I was straight up lying. Technically, I drove four and a half hours on a jaunt from Rochester, N.Y., to Toronto and back to the border, but instead of correcting the uniformed quizmaster, I dived into full salesman mode. “November Project is a free­fitness movement that was founded by a couple guys in Boston…” I wanted to elicit a verbal, but I settled for entry into the country.

From July to November, I traveled almost 30,000 miles on roads in the U.S. and Canada. Only 19 November Project cities existed when I started. I bounced, hugged, and sweated with 23 of 26 tribes. Since my trip ended, we’ve hit 30 and doubled our country count. One of many goals on the trip: hit them all.

I’ve now had a few days to rest, eat turkey, and order a new pair of running shoes. Some reflection revealed a deeper sentiment. I’m happy I failed. The free fitness movement grew stronger more quickly than I could run after it. Failure means I’m not perfect, but I had a hell of a fun time chasing perfection. In a larger sense, failure points to something better out there, waiting for me, for us, to catch — cities to visit, PRs to earn, friends to make.

My first NP DC workout at the Lincoln Memorial stairs — thanks Jon, Marguerite, and Maggie — happened in May 2014. At any workout, I have eyes fixed and legs churning. I want the hurt and the burn and the challenge. Visiting so many NP cities across the continent meant I stayed in shape in new ways.

My Top 5 Toughest Mornings, in alphabetical order by city:

Boston, There And Back Again. Run as far from section 37 as you want, then try to make it back around Harvard Stadium.

Edmonton, Eskimo Stadium Sprints. All out, all up, under the Northern Lights.

Los Angeles, Burpee Stair Pyramid. Begin at the bottom with two and end with 20 at the top of the Hollywood Bowl.

Minneapolis, The Messenger. Run up and over Gold Medal Park hill 30 times in 30 minutes.

Winnipeg, Garbage Hill Pop­Up. Go wheelbarrow with a partner up that hill, and come talk to me when your body stops screaming.

NP workouts bring us together. Everything outside the workouts builds the friendships that’ll last. I competed for collegiate track and grad school triathlon teams. Practices are guaranteed. Friends for life are not. The bus rides, down time during all­day or all­weekend competitions, and meals during the week (plus, yeah, parties) solidified those relationships. I cherish the time I spent with people on this trip when we didn’t have to catch our breaths to chat.

From breakfast (shout outs to Baltimore, Calgary, Chicago, LA, Philly, Phoenix; raincheck on Indy) to dinner and dessert (looking at you, Edmonton). Someone at the Calgary workout asked me if I was a city co-leader. I’m not. And I’m not sure I could do it.

Co­-Leaders wake up earlier, train longer, and find a way to squeeze into their normal lives the parental duties of overseeing a nest and a half of fit, fun-­loving kids. For some leaders, that’s all in addition to their children and spouses at home. Co-Leaders arrive first and leave last so everyone else, all of us, can show up and start the day with a sweaty sunrise.

Much respect to the co-leaders. I had the privilege to meet and stay with several, a sleeping arrangement that both ensured I’d make the workout and granted me more of that casual time so foundational to friendships.

To that person in Calgary, I said, “Nope. I’m the ambassador.” My answer came spontaneously, but it makes sense. You know international ambassadors live in DC, right? The city also hosts the best tribe. (Full disclosure: I’m biased. #hometribe)

One of the few experiences I didn’t have on this trip was a chance to see all your beautiful faces, new friends and established friends, together in one place. I’ve never attended a summit, so I’ll throw out an early #verbal for the
2016 extravaganza. Ten bonus points if you bring anyone from border patrol.