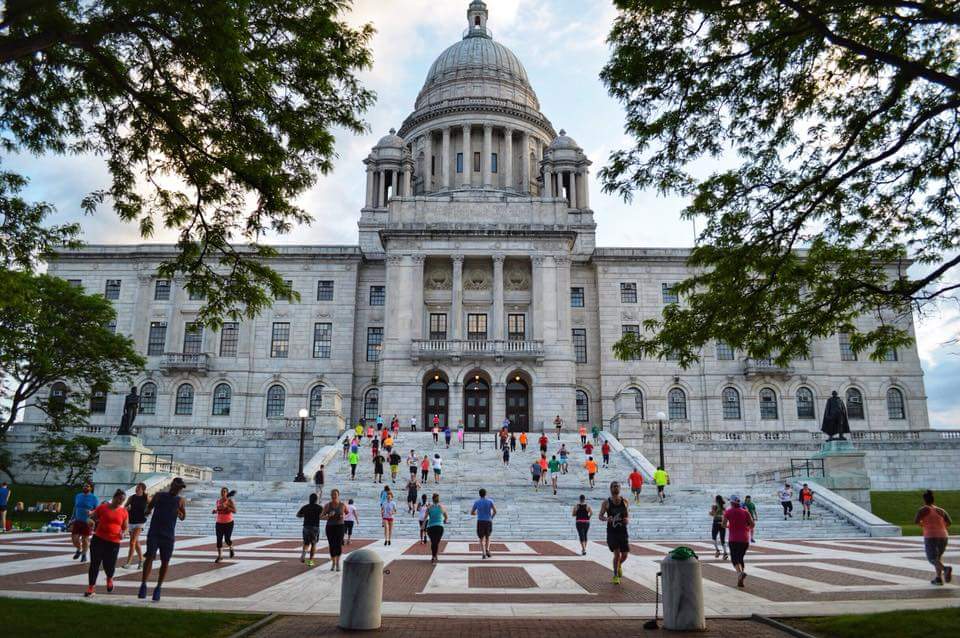 Rhode Island is a boomerang state – the type of place where people leave, and then come back. I’m not sure why, but it’s just hard to leave.  I left for a decade, and it pulled me right back in.  But it’s the kind of place that grows on you, even if you’re not from here.  So I’ve decided that for the Providence Tribe’s first blog post, I’m going to splice in some fun facts about this place I call home.   For example – DID YOU KNOW that our fine state was founded in 1636 by Roger Williams on the ideas of religious and political freedom? Right there, you have to love this place.

What we get, though, is that people think of RI as a unit of measurement.  For example, 105 Rhode Islands can fit into California; 221 Rhode Islands fit into Texas.  That’s fine though. We like to be compact. We get to know each other more. And that tight-knit community is the basis for what November Project Providence is about.

While the Worcester and Boston tribes are about an hour away, Rhode Islanders would consider that “wicked far,” especially during the winter.  So it seemed like time to bring this global Free Fitness Movement to the Ocean State.

We started our lively experiment in the dead of winter.  It was cold. It was dark. There was ice. It’s challenging to get out of bed when you have to put on three layers before you put on a coat, or shovel out to leave your driveway – but the tribe members seemed up to the challenge of driving to the Rhode Island State House (which has the Fourth Largest freestanding Dome in the world), and engage in some free fitness.

It wasn’t the easiest thing to do.  A lot of reminders, cajoling, phone calls and texts happened at first, trying to convince people that it wasn’t that bad.  But we knew that once they got there, they’d see what we were about, and why we were doing these things in the cold, in the dark, in the snow and ice (Fun fact: the coldest recorded temperature in RI history was only -28° F, making it still warmer than what our Canadian tribes experience regularly during the winter)

But then, a paradigm shift happened. People stopped seeing the 10 degree day. They saw instead the chance to make snow angels, to watch the sunrise, to get a solid workout in before their friends woke up.

They told their friends about it. They told strangers about it. And one morning, we had 25 people, where the week before we had 12.  The next week, 40. Week by week, Wednesdays became not just the best day of the week, but a game of “how many people will be here this week?” and “how did you find out about us?”  The speed with which we began to grow was as impressive as the facial hair of Rhode Island Native Gen. Ambrose Burnside, for whom sideburns* were named

Today, we celebrated Global Running Day.  We ran some stairs, we ran some hills. We hugged, we high fived.  We had a great time, and we had a dozen new faces amidst the nearly 120 amazing humans that showed up. 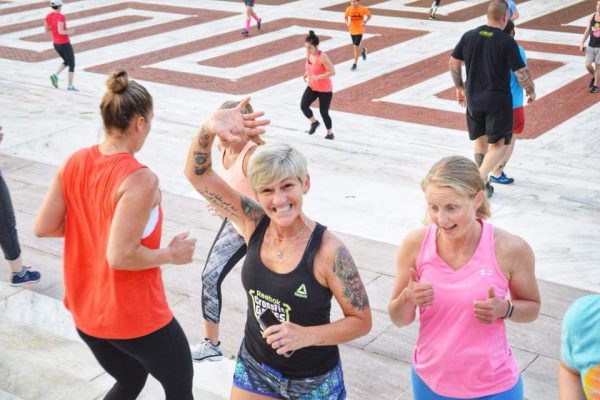 Every week, it’s like living in a dream.  It’s seeing where three people EXPLODED and became a throng of humans making strides, building friendships, and making the State of Rhode Island and Providence Plantation (Fact: longest name of any state in the country).

Every week, I wake up at 3am on Wednesday, a mix of anxiety and enthusiasm, exploding because I get to lead a bounce with some of the best human beings I’ve ever met, knowing that we’re changing the world.  Knowing that I get to follow a piece of the Lively Experiment of Roger Williams, and make Rhode Island a better place than it was the day before. And that’s pretty effing rad.

June 9 & 10:  North Face Endurance Challenge Series MA – Wachusett Mountain.  Come Run. Come Cheer. #JustShowUp and enjoy being around a ton of other tribe members and experience why this shit is the best.

June 15: 6am: Sunrise 6k!  Blackstone Boulevard.  Meet up at Lippitt Park (near 3 Sisters Ice Cream) and get ready to race your face off!

June 20: Yearbook Photo Day! Grassroots Gear is a MUST, so make sure you look spiffy.  Local world class photographer and PVD Tribe Member Ian Barnard will be snapping shots for the 5:27 and 6:27 am sessions.  Don’t miss out!! Need gear tagged? Bring it on 6/13! 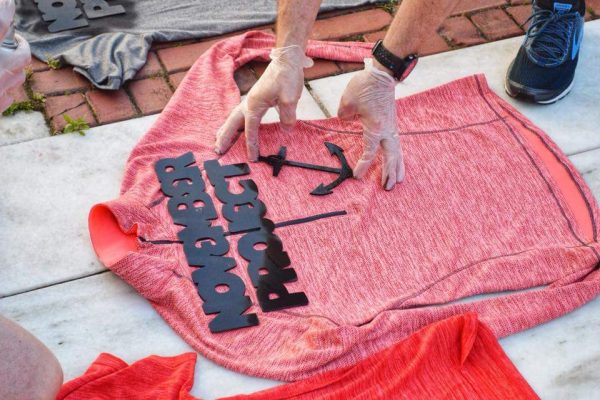 3 Replies to “A Lively Experiment (PVD)”