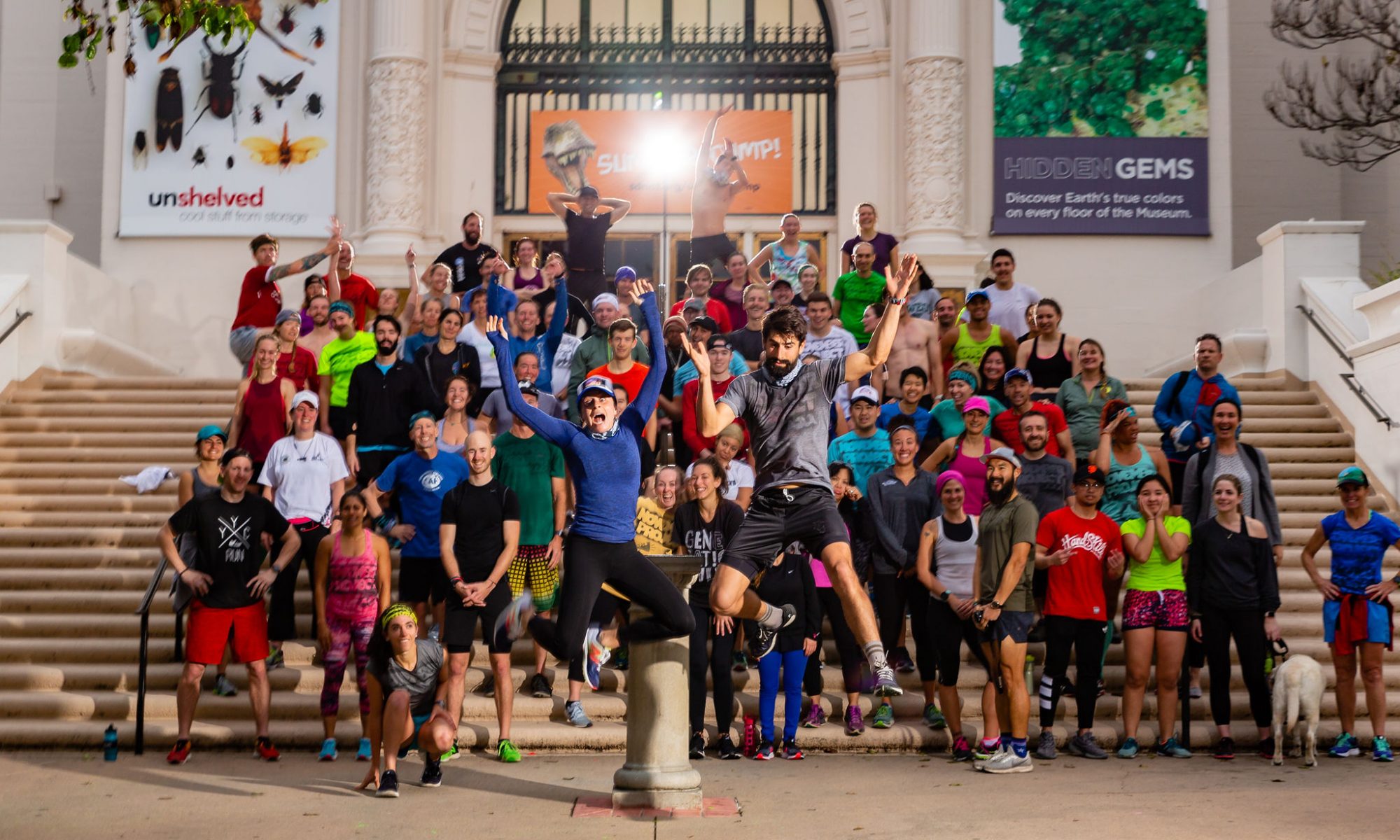 Today, we hosted a final workout for two titans of NPSD, San Diego, and the whole November Project movement. Lauren and Angelo bid farewell to a city and a tribe that they had called home for many years to leave us for a colder, wetter, land-locked city north of the 56.

This morning was a reminder to all of us – not only of the fact that despite not being active co-leaders they can still pull better attendance than Shira and I can, but also a reminder of the lives they’ve touched throughout their years as NPSD co-leaders, community leaders, and just as human beings.

As co-leaders of this circus called “November Project,” we always try to leave our mark on our respective tribes and make it our own. And while Shira and I are certainly proud of what we’ve built, I personally cannot dismiss the fact that the impact we’re making week over week is still very much a reflection of the strong foundation that Jessie, Ashleigh, Lauren and Angelo built for us many years ago.

And how do you measure something as conceptually nebulous as “impact”? The literal definition is physical, but when it comes to having an effect on lives, it’s hard to measure. So let me try by using a simple metric – number.

Over 6 years, the NPSD that was built upon the shoulder of our co-leaders has touched thousands of lives – between the workouts, community events, the positivity shared from one to another, easily. Week over week, Angelo and Lauren have given thousands of hugs to most, if not all, of you who are reading this blog post today. And even outside of November Project, in their lives as lululemon ambassadors and human beings, actively hosting events, actively involving themselves in the community, they’ve had an impact on countless more.

But I have an opinion. I think the impact they’ve made in the years that I’ve known them isn’t counted in the hundreds or thousands. It’s actually much much smaller.

You see, Lauren and Angelo, often found standing amongst a sea of people who look up to them as metaphorical giants, have always had the ability to connect deeper. Whether it’s the ability to call out the accomplishments of an individual amidst hundreds at a workout; the sixth sense to recognize someone’s suffering personally; or to truly change someone’s outlook on how they see the world, others, and themselves – I would say Lauren and Angelo have touched ONE life at a time.

It’s a bad habit, but I still try to measure up to these two who have certainly had an impact on me. And thought NPSD will continue to thrive, the void they leave will not only be felt, but memorialized as they embark on brand new adventures. We won’t try to fill it – we’ll leave it vacant as a reminder of how much these two have brought to our lives.

Be Bright, Lauren and Angelo. You’ll be back.