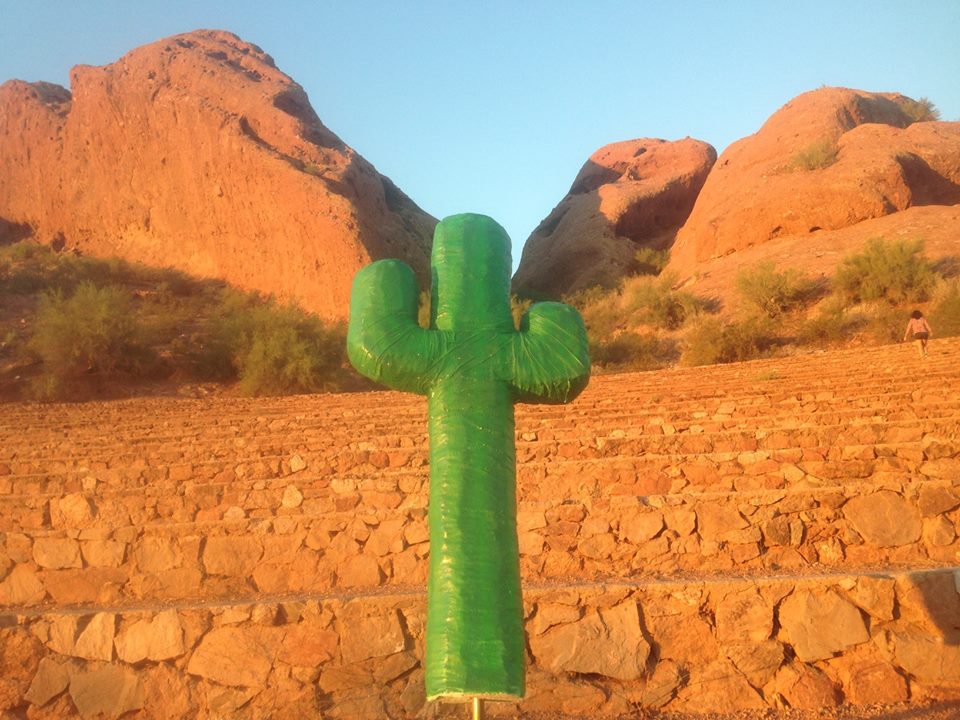 The tribe has spoken: The Saguaro needs a name.

It has been decided that the Saguaro will be named after a famous Arizonan, native or transplant, that has done our state proud. We’ve narrowed down the huge (HUGE) list of super awesome people that have called Arizona home down to four categories- a suns legend, a politician, an outlaw, and an Olympian. And from that, one finalist from each category.

Those finalists are (in no particular order):

It’s crazy to think that the 1990s wrapped up 15 years ago because the early 90s Suns basketball seasons live on in the hearts of Phoenicians everywhere. It was arguably the greatest decade in NBA History. I mean, there is just no duplicating the 90s DREAM TEAM or Michael Jordan. It just can’t be done. And while we might not have had MJ on our team, our squad was LOADED with talent making it difficult to choose just one name from the bunch; however, we’ve decided on “Thunder Dan” Majerle and his “thunderous” dunks to represent. Why Thunder Dan? Well, because he was awesome… and good looking. Like our tribe. Furthermore, we could carry out the Suns’ tradition of awarding the Dan Marjerle Hustle Award to the tribe member who shows the same hustle and determination that Thunder Dan showed in his prime.

If you don’t know who Rose Mofford is and you live in Arizona then you should educate yourself. She is easily one of the greatest native Arizonans of all time and at 93 years of age she is still representing. I am proud to say that Arizona has had several female powerhouses holding strong political positions (shout out to Justice Sandra Day O’Connor), but it was Rose who paved the way for the ladies as the state’s first female governor. While she made history as the first female governor, it’s her beehive hairdo (that she still rocks) that is legendary.  Like NP, she understands branding and embracing individuality. She has been sending out epic Christmas cards of her caricatured self for decades now. But, more importantly, Rose Mofford LOVES sports and Arizona. This is her state. Her Arizona. Her People. AND (I read somewhere) when asked what qualities made her a good leader she responded: “Let me tell you the most important thing: Let your word be your bond. If you say you’re going to do something, do it, and don’t make excuses.”  #verbal

You can ask just about anyone which gold medal moment they remember most from the 1996 Summer Olympics and they will most likely tell you it was Kerri Strug’s famous vault – painful ankle injury and all – that clenched the gold for the U.S. Women’s gymnastics team. What most people probably don’t know is that this (once) little powerhouse is from Tucson, Arizona. She is a great example for our tribe as she showed us was it looks like when hard work and training pay off and given her history of fighting through pain for the greater good of the team I would bet she is #weatherproof too.

This one really doesn’t need an introduction. This is the Wild Wild West and Wyatt Earp and his crew couldn’t be more representative of that. He isn’t a native, but the Gunfight at the OK Corral pretty much solidified his place in Arizona history. BOOM. If he were alive today, he would be pushing everyone in the tribe to be better because the dude was quick. It took him and his buddies all of about 30 seconds to win that gunfight. I bet he would be able to “shoot” up those stairs faster than most.

So there you have it. We will be choosing a name in four weeks.  To help everyone come to a decision we will be jazzing up the Saguaro to emulate their potential name sources and at the end of the four weeks we will take the vote to the tribe to make the final decision.

*If anyone from our tribe can get a famous Arizonan to #justshowup then all bets are off.