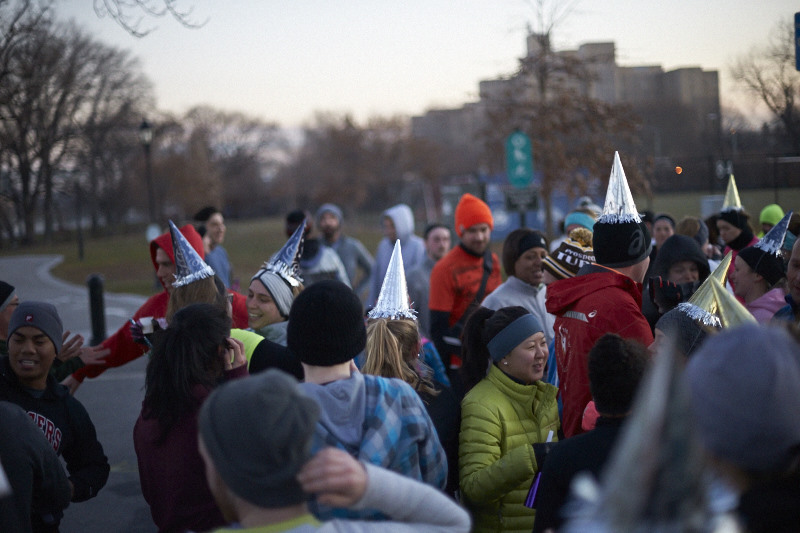 2014. Hard to believe what all has happened in such a short amount of time. Think about this: Where were you one year ago January 2014? Were you working out with one of the 7 November Project tribes? Were you in NYC? Were you exercising? Were you a morning person?

Wednesday had some pretty awesome experiences. Remember that time we did core stuff on the grass? How long was Paul making us do that shit? Ok, so maybe my abs were feeling it the next day. And maybe it was that soreness you only get when you know you did good. But then we ran bridges? Hell that’s insane. Insane you’re thinking? That’s November Project. The 10 mins of core followed by burpees-bridge-push-ups is that workout that you dread and LOVE at the same time. It was the only way we could truly ring in the new year. Oh and then some booze on the side.

So, for 2015 start yourself on the right foot. If you have one resolution make it simple: Just Show Up. It’s not much harder than that. And a lot more will come if you start there. And with that resolution, no matter what it is, make it athletic/exercise related. Write it down and send it to your accountabilibuddy. This person’s job is to hold you accountable for what you are holding yourself too. As our bud Nick in Baltimore reminded us, accountability is what this is all about. And we know, this shit is good. That’s right, we are pointing at you.

WEDNESDAY: PR Day. Start the New year off right with the 5:28/6:28am group. Grotto. See your face there.
P.S.- The course is changing slightly and the distance will be a little longer.  New Year, New Course.  The Tribe is Growing.  And when the tribe grows, and its time to take off those training wheels, we hop on the motorcycle.  BOOM.