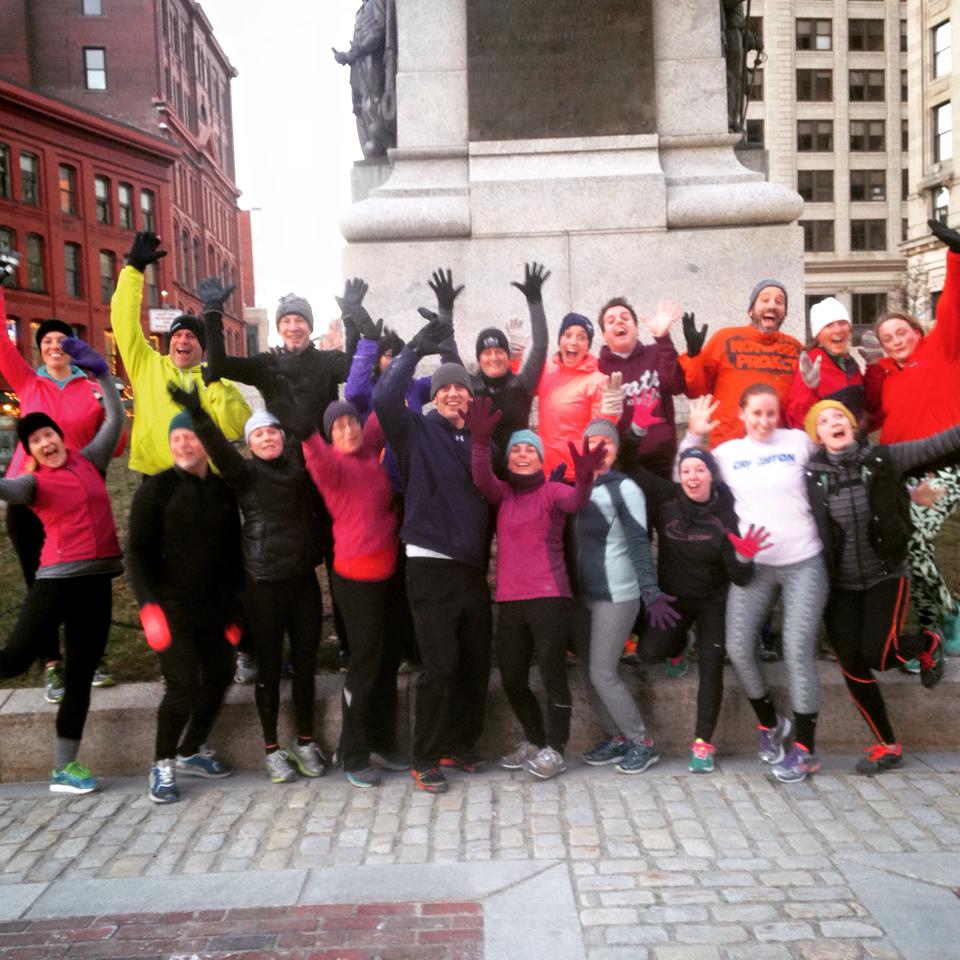 My New Year’s plans brought me to the beautiful city of Portland, Maine.  At first I was excited to explore a new city with friends, but then an overwhelming sense of panic kicked in. Wait, I’ll have to miss a November Project! Major FOMO set in.

Luckily I found a solution. I can do both! I remembered that our fearless NP_DC co-leader, Danny Metcalf, rocked a NP _Nomad workout in Portland the Friday after Thanksgiving. Done! Friday, January 2nd at 6:25 a.m., the second NP – Pop-Up Portland kicked off.

Twenty + awesome souls ascended on Monument Square just before 6:30 a.m. It was cold (22 degrees that felt like 11 degrees), but we’re #weatherproof.

#1: Everyone Buddied Up. “BUDDY!” 10 mins of one partner planking while the other ran a circuit of the square (which was more like a triangle).

#2: Broke up entire nomadic tribe into two fine looking groups.  Groups did the same circuit in the opposite direction. Circuit consisted of: slaloming cement things, dips, step-ups, and aggressive leapfrog. Yes, leapfrog. It was both awesome and harder than you think.

#3: Figure eight course through the square/triangle while alternating between burpees and hoistees.

We finished the workout with hugs, high fives, and New Year’s resolution squats.

Special shout out goes to Dan Levine who not only recruited folks but drove from NYC (day before) and then Boston (2 hour drive that morning) to attend. BOSS!

I hope to see a NP_Portland pledging soon! Fuck yeah! Spread the movement.