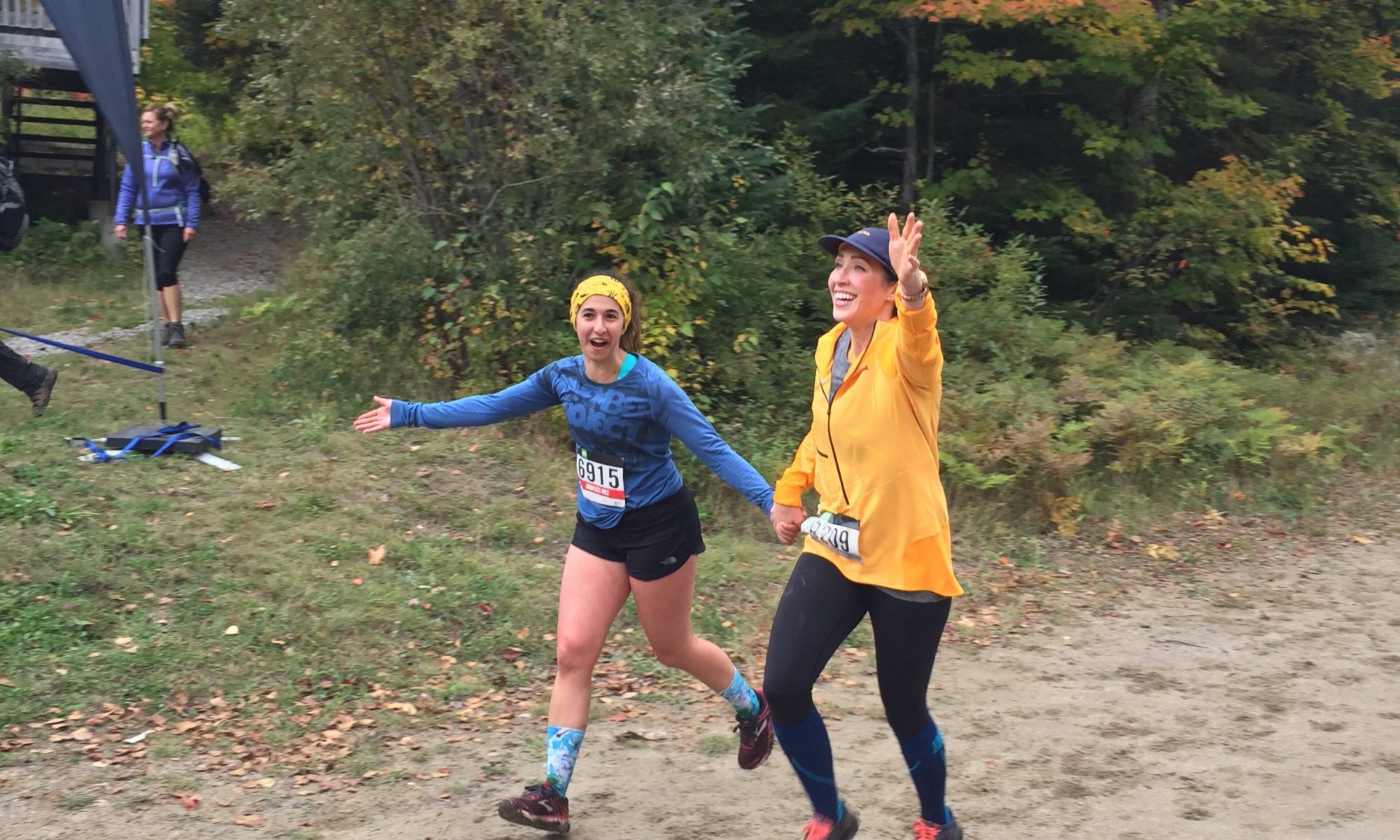 In the past, I was suspicious of runners. Prior to my (now well documented) foray into running, I used to roll my eyes at people who told me they got an endorphin high from a run. The only thing I got was a cramp. I would watch runners stride out confidently, backs straight… chatting, thinking “how do they do it?” Thanks to supplementary activities, I was fit enough to do some running at my November Project workouts. I crowned myself the 5K Queen, because I had never felt the need to go further than that. However, when I became a leader, I knew I had to challenge myself to improve not only my physical capacity, but my community involvement.

It feels shameful for me to admit, but I was really scared to show up and be known as LC, the co-lead of NP without being able to run confidently. I don’t know if you’ve seen many of the NP co-leads, but some of them are monsters, competitive athletes, and physical specimens. Summit 6 in Milwaukee was as inspiring as it was demoralizing for me… “How the f*** am I supposed to keep up with these people?” My fear kept me from running, which kept me from getting better at running. I had a lot of preoccupations of what people would think about me, I was worried I wouldn’t be taken seriously and that my lack of ability would harm NP’s reputation. If only people could see my squat form!

I started by running MEC trail races where I could sign up and be relatively anonymous. At first, I just needed to be a face in the crowd and prove to myself I could do it. 5Ks turned into 10Ks and I began to increase my confidence and competency while having fun with friends that came along to run their own races. I realized that the fun I was having at those races once a month was available to me regularly throughout the week. I’d need to get over my insecurities and start participating if I wanted the chance to have more of that in my life. As a result, I began running in new circles (get it?!) that embodied the support and belonging that I was aiming to create with NP in Montreal.

Montreal is such a special city, if you’re willing to run (well in other ways too, but hear me out): You can start your week off running up Mount Royal with WRG Run Club, then hit a double on Wednesday with NP in the morning and Yamajo Run Crew in the evening. Thursday night, take on hills & pop bottles with Runrite in NDG. Saturday morning, Yamajo hosts different distances with a post-run brunch that is undeniably my favourite way to spend an afternoon. Then Sunday, you’re up early to tour the Mile End with Mile End Miles. Add to that the special events, pop-up workouts, and races and my calendar is suddenly very full!

I owe so much to getting engaged in the Montreal run community. Each group has its distinct identity, and there is a lot of overlap. These free groups are facilitated by passionate people who understand that doing hard things is more enjoyable when we do it together. In seeking to be a more credible leader for my group, I ended up gaining a bunch of unexpected advantages. I could not have predicted how important the act of running would be as the months progressed, but as I prepare to move back to Edmonton, Alberta, I can say that this decision changed my life.

I Got to Know the City

I joked that in my first year here in Montreal, I lived in a 3km radius; it wasn’t really a joke though, it was true. I got ideas of places to visit from social media and dabbled in public transportation, but running allowed me to see how one neighborhood flowed into the next, exposing me to new places (and ways to get to them) which increased my comfort and access. I would make mental notes of cute cafés and boutiques we would run by & I’d start noticing how to orient through the streets. Soon enough, if something was 3 kilometers away, I’d think “I’ll just run there!… Oh wow, who have I become?”

This amazing city suddenly opened up to me in a way that was new. I was able to appreciate the distinctive identities and composition of each area and found it fascinating. Most importantly perhaps, this exploration was largely done throughout the winter. Typically, I would have hermit-ed inside during the “dark times” as I like to call them, but running got me out to practice my proprioception on the ice and snow. I’ve never felt more Canadian than on the days where I ran breathing cold air through a buff as my eyelashes froze together with 12 people as deranged as me.

I Got Better at Running

Duh. I know I’m not surprising you with this, but I did surprise me. I ran a half-marathon this spring and that is something I did not know I could do. I mean I hoped so, that’s why I entered three, but I actually only ended up running one, and I’m effing thrilled about it (I played the odds). When I started, I was the 5K queen… I had never run 10K all at once or on purpose. So, a half-marathon, is a big fucking deal to me.

I should also mention I got plenty of injuries along the way from September through May. Everyone that told me, “the best thing about running is it’s free” never saw my physiotherapy bills. Showing up to run was an important first step (literally),but to reach 21.1km I had to invest in proper shoes, do plenty of research, and rely on individuals both smarter and more talented than me (thank you, Laurent). All this to say that challenges present themselves, but it’s how we respond that will determine where we end up. Also, train smart, friends.

I Got to Know the People

I saved the best for last, because now I get to gush. Getting engaged these running circles was intimidating for me. I hate being put on the spot, I often don’t know what to do with my hands, and hate being found out for how awkward I am right when I meet new people. I like to let that make itself known slowly over time… That being said, it is without question, I am a better person, leader, and participant for having met people within the running and workout community here in Montreal.

Each person I met along this journey has contributed to informing who I want to be and how I show up for others. I am actually teary thinking about how each person I’ve met has given me inspiration, comradery and support just by being there. That’s the spirit of #justshowup, it’s the hardest part, just getting there. But once you do, the people will get you through. I don’t know when it happened, but at some point… I had become a runner.

I realized that my weekly routine involved running… for fun. I had become the person I was suspicious of. I get it now, and I know that other people will get this too, but through dance, perhaps, or maybe it’s art or music. No matter the medium, I know what it feels like to be part of a community, by choice, that lifts you up and shows you that you’re capable of more than you know. I want to express my profound gratitude and appreciation to everyone that I’ve met here in Montréal; I may not have told you, but you’ve all been an essential piece of this puzzle and I needed you. Thank you for showing up.

Last Wednesday was Global Running Day and it was also my last workout as the NP Montreal co-lead. It is my intention that this blog summarizes a bit of my more holistic experience that allowed me to grow throughout my time as a co-lead and shout out what running has to offer. November Project has played a unique role (in my opinion) in being a compliment to the numerous run clubs + crews in the city, balancing running and functional fitness. I am so excited for the new faces (and the OGs of course) as well as the natural evolution of the movement now facilitated through Laurent and Dora (whom I admire so much).

I hope that November Project might be your safe haven, your driving force, or your catalyst for change. Whatever you need, I know this city is full of inclusive opportunities to you to find motivation, inspiration, and support from the collective. To NP Montreal, thank you for allowing me to lead. Thank you for helping me to grow. Please continue to #justshowup on Wednesday mornings and discover what’s possible for you. I wanted to be a good leader, and I ended up a runner. The running lead me to the best examples of leadership I could have asked for, so really, it’s all come full-circle.

One Reply to “Running in circles [MTL]”