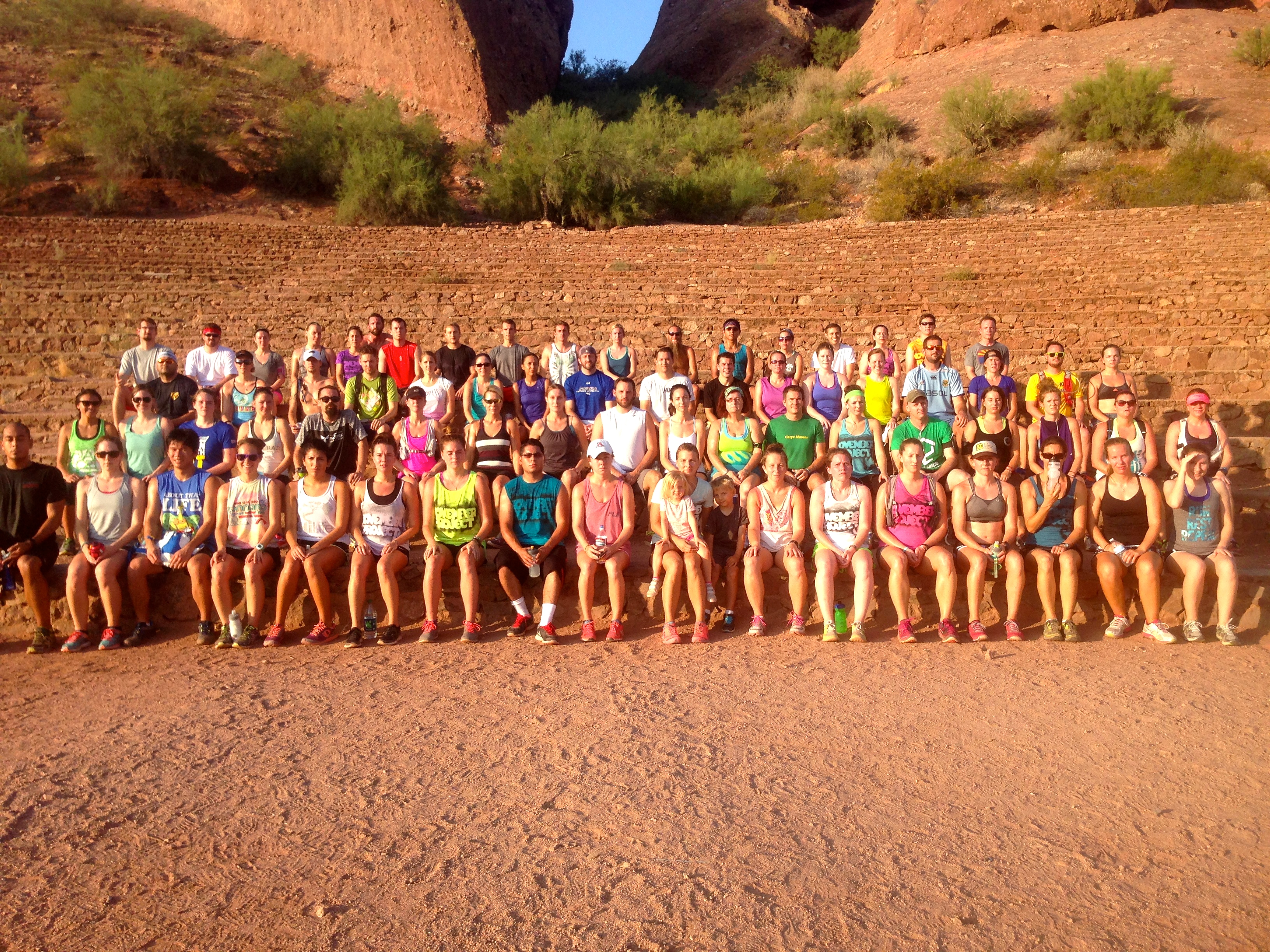 This morning one of my patients at the hospital was watching the movie Field of Dreams. I walked into his room during the scene where Ray and Terence Mann are just standing there dumbfounded as the baseball players are just coming out of the cornfields in droves to play at the field that Ray built. I couldn’t help but laugh because my brother and I had shared an almost identical moment this morning as we stood there in amazement at the number of new faces that just continued to roll into the parking lot and take off toward the stairs.

It didn’t take me long to dream up the idea of Bojan and Brogan whispering creepily to all the tribe leaders “If you build it, they will come” because seriously that is how it happens. Each tribe leader builds the tribe little by little and if they stick true to values of November Project the people #justshowup. And they have here in Phoenix in full force. I don’t know how it happened and it honestly feels like it happened over night, but over SEVENTY people showed up this morning to have #stairsforbreakfast despite the continuously rising temperatures here in the valley. SEVENTY PEOPLE! All of which I believe to be pretty awesome if I do say so myself. I was absolutely certain that Trevor and I would struggle recruiting new members as things began to heat up, but I am continuously inspired by the people of this tribe and this city.  Those members who continue to come week after week are absolutely killing it by spreading the movement via word of mouth and social media. Trevor and I have barely had to lift a finger in regard to recruiting thus far. It’s these guys. It’s this tribe. They are making this happen and we couldn’t be more proud. Keep being awesome Phoenix.

One Reply to ““Oh…people will come””