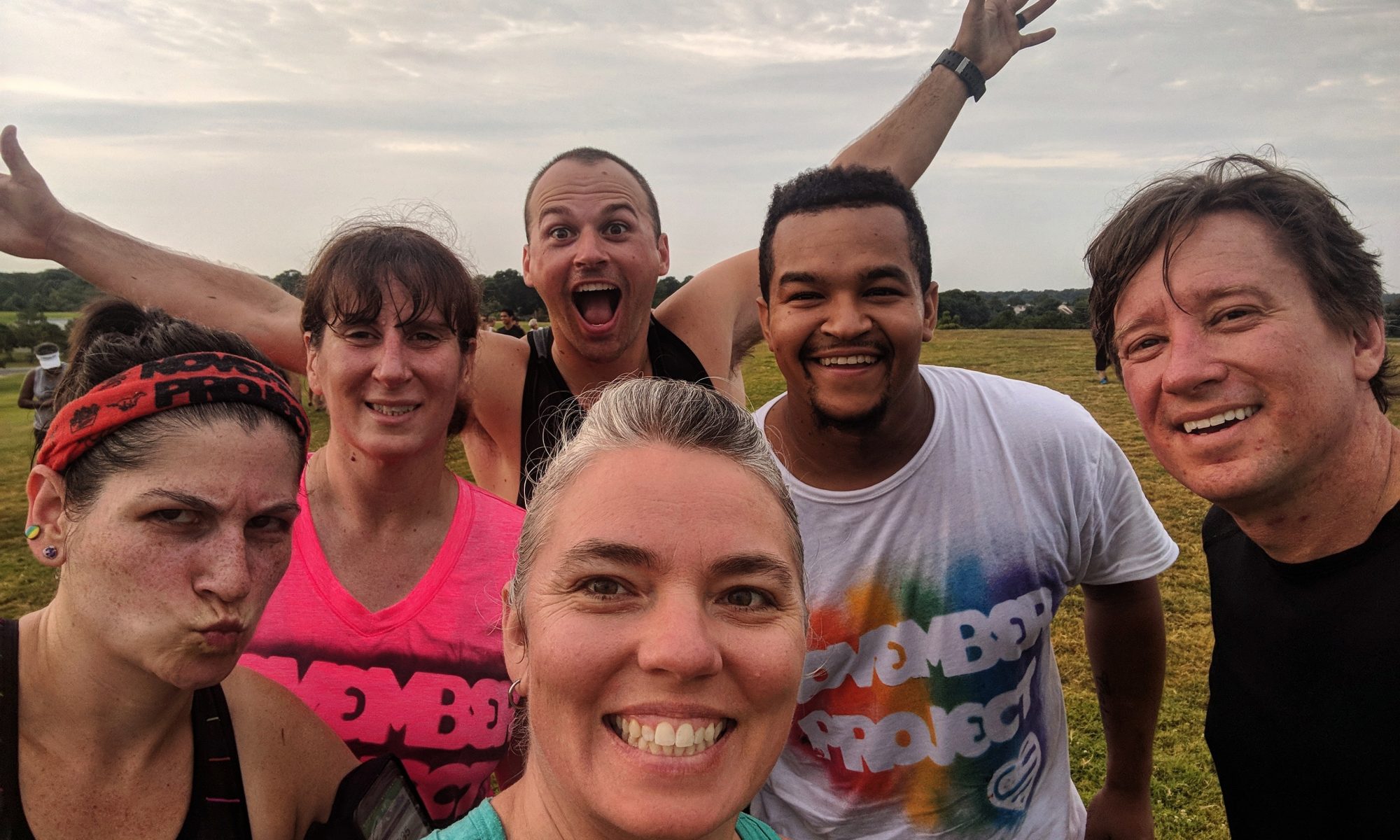 I’m too old for this shit…You mean sitting on your couch, wasting away, getting more unhealthy because that’s what all the cool 40-somethings are doing? -Sometimes, I forget to act my age. I’m 42 and I was unhealthy as fuck at 39 when I found November Project Virginia Beach. I drank too much, I ate like shit and I wasn’t around people who hoped for my success.

Fast forward a couple of years…I recently completed 20 miles of a 50K with a hip injury!?!?! What you say…I have the most amazing , supportive group of people around me. I’m the healthiest I have ever been even with my injury (had surgery June 2019 to correct this), I feel younger than I did 15 years ago. And I do all the epic things I used to talk about in my 20’s.

It started with just showing up that first day. I HATED it. It was so hard. I felt like I was going to throw up. I was so sore the next day. But then I showed up the next week, and the next and the next… I have recruited. I talk about NP wherever I go. It’s meant to be shared. It’s a movement. It’s a lifestyle. It’s a life change. My life would not be possible the way it is now had I not shown up that first day. I learned that I can do way more than I ever thought I could.