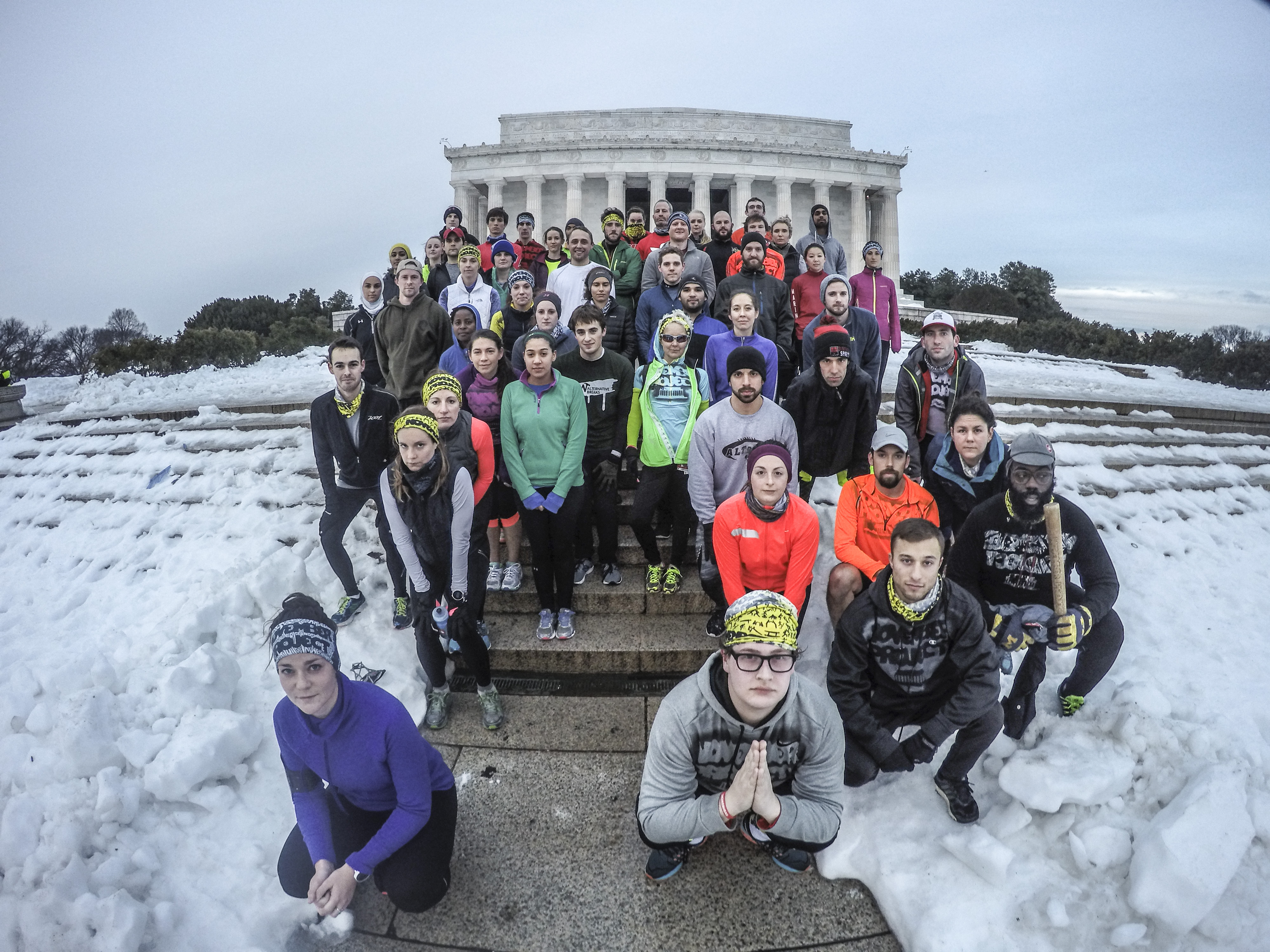 IN THE FUTURE, when there are many logistical announcements like answers to, “Where is the workout on Friday?” they’ll go here. Probably. For now, the workout is TBD and the answer will be formally published on facebook, twitter, instagram and the like.

FOR NOW, PLS HELP ME IN GIVING A WARM WELCOME TO YOUR FIRST-FAR-FROM-GUEST-BLOGGER, GRANT KLEIN…

I first started coming to NP in June of 2014. At the time I was living in Arlington and my identical twin brother Mike was living near U Street. I kept seeing these awesome pictures of Mike running with other people in cool places, everyone dressed in different colors, rain or shine. Mike was getting in great shape and invited me to come out. It took a few weeks, but I finally set my alarm to wake up early Wednesday morning and give it a try. I got off the metro at 6:15 at Foggy Bottom and suddenly it started raining. I called Mike. “It’s raining, WTF, are we actually still going to run in this? Yes get your ass down here, we’re #weatherproof.” We ran, we swam, we got soaked, we had a great time.

Mike was really good at pushing me to meet new people. We would run one log together, then he’d bail, telling me to go meet at least 3 new people by the end of the workout. It started working – I was hugging strangers, tickling earlobes, learning people’s names, and feeling like part of this grassroots free fitness movement.

Then Mike moved to Atlanta in August and it was just me and a few hundred people I realized I only sorta knew. I was getting in shape but felt like an outsider. Sure, I bought into the fitness cult-ure, but I didn’t hang out with anyone outside of NP and didn’t really think we were friends. It took me at least 6 months before NP started to become more than a fitness community, and close to a year before I felt like I was making real friends. Besides the already challenging nature of fitness, socially, we can be intimidating:

November Project is so special because we’re not just a running club. We’re building a better community, one that is inclusive, inspiring, and improving people’s lives.

We’re all over too! I’ve been to 5 different NP tribes now. Dustin made it to 23! You can go to NP in almost any major city (#talk30tome), which is fucking awesome. Whether it’s for work, a vacation, or you’re moving permanently, you can #traverbal and stay fit. More importantly, you’ll have a community already there, ready to welcome you with open arms and hips in. I’ve been to the LAX and BAL tribes 2-3 times each now and both are consistently super welcoming and their hospitality is unreal.

We are not the Washington stereotype, one that’s impersonal, transient, or elite. That’s exactly what NP sets out NOT to be, and that’s why just showing up isn’t enough for me anymore. I know I’ve gotten comfortable, falling into the routine of someone who’s been at this for a while. I run hard, hug strangers and get their names when prompted to, but then ultimately I settle in to a jogging conversation, a post-workout breakfast, or a weekend hangout with someone I already know. It’s not intentional and I want to catch up with friends I only see once or twice a week, but that doesn’t build community, not really. When you’re new you want to be accepted and you want to develop the friendships that you see already exist around you. Given the challenges I outlined earlier, that’s HARD. We need to help. I need to help. I need to be less passive and genuinely meet new people, making them feel welcome both during and outside of workouts.

Recruiting is important, but it’s only half of the plan for #WorldTakeover. The other half is getting people to stay. I’m not saying you need to invite 1,500 people to your house party, as there are space restrictions sometimes. But there are ways to make people feel welcome and build friendships, whether they’re traverbaling, they’ve just started coming, or they’ve been here the whole time and you’re just not close with them yet. Dustin said it best, “NP workouts bring us together. Everything outside the workouts builds the friendships that’ll last.”

I thought back on some of the things that made me feel welcome and that helped me develop friendships within NP. In addition to getting fit, these are the things I’m going focus on every MWF:

This community won’t build itself, so I’m challenging myself and all of you to be more conscious of new people at workouts and go deeper than just learning their names and where they’re from. What made you feel welcome? NP has given me so much, and now it’s time for me to give back.