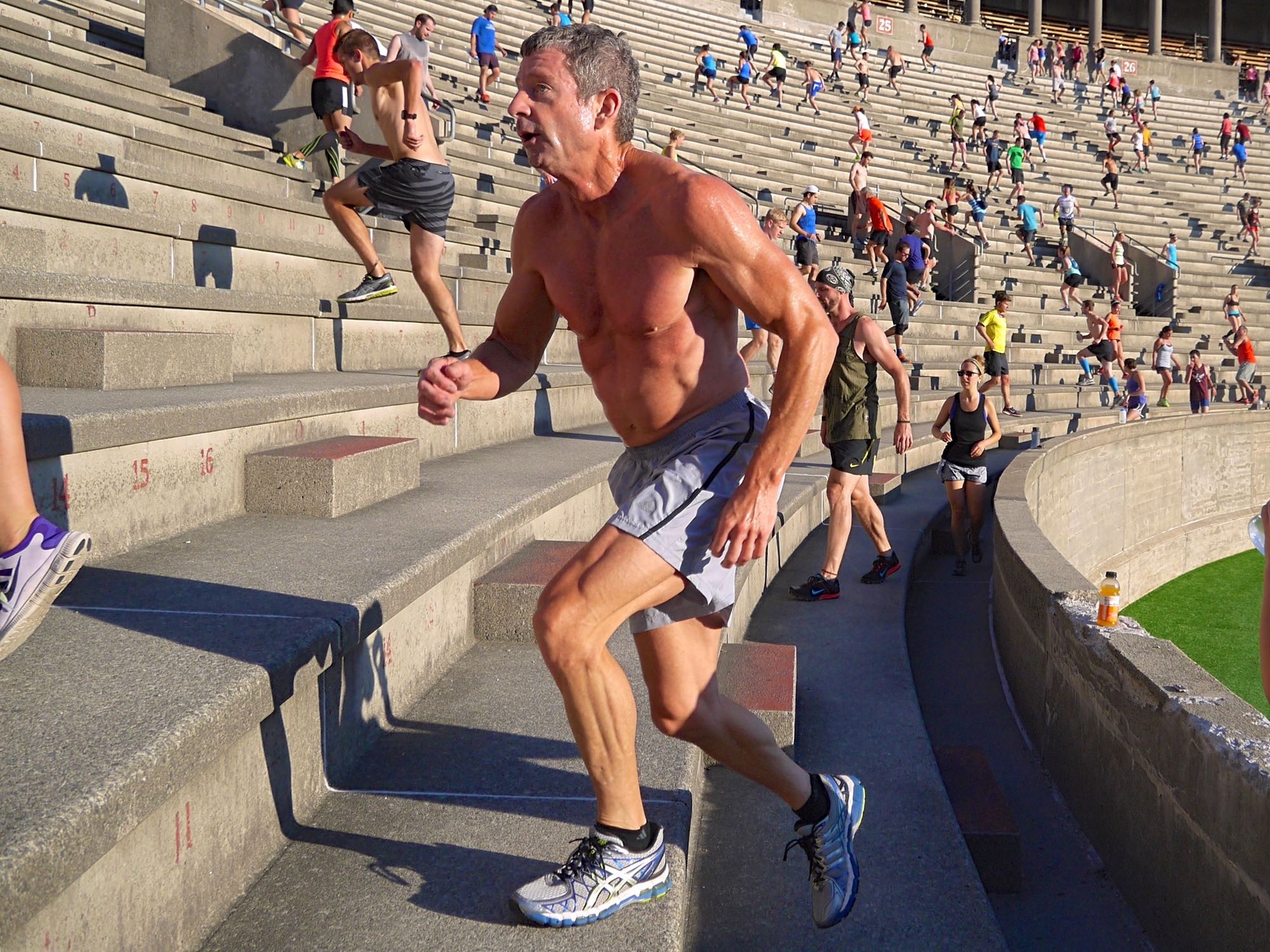 Maybe you get asked that a lot.  Are you crushing it?  Are you working hard, fiercely, intently, intensely, with a determined attitude, ferocious spirit, unquenchable fight, and unshakable will to beast out this thing in front of you?

I believe that the members of our Tribe are indeed “Fuck Yeah” crushing it every single Wednesday in the stadium.  Every few weeks or so, I have these opportunities to meet new tribe members, old tribe members, and amazing tribe members.  Well, they’re all amazing, but you know what I mean.  Today I met this woman named Randy.  It was her first day at NP ever and to be honest, she seemed kind of stiff as she moved.  As I began talking to her, I learned that she had surgery on her spine (that might explain the stiffness) and she was really excited to be at the stadium.  She also apologized for being slow.  I looked at her and with all the fucking confidence in the world, I said, “You’re crushing it Randy.” She wasn’t just crushing the section she was on, or the stadium as a whole. She’s crushing life by living fully, slowly, fast, medium speed, whatever…by living.  By showing up and choosing to move, not saying to herself all those negative things that make her feel smaller and less capable–or not letting those things hold her back from going up and down, up and down, up and down those giant Harvard stadium stairs.  I know that Randy did more sections than she thought she might.  She did more sections than I thought she might, but that’s not the only way we measure “crushing it.”

I talked with a couple of people today who had been away from the stadium for a really long time and coming back had become bigger than they realized.  Instead of the excitement and giddiness that many feel on Tuesday nights, these folks felt dread, anxiety, and fear.  But they showed up anyway, with the support of the incredible NP #community, and they crushed it.  Who the fuck cares how many sections they did or how fast?  They crushed the invisible forces holding them back, keeping them away, and making their abilities feel less than, or not enough.  They were perfectly enough, as is, and that is awesome.

And then there’s Josh, who casually (or with oodles of badassery) threw down 100 sections today.  And George, who nonchalantly did both workouts even though he’s a die-hard 5:30 grouper.  And Ben, whose friend has spent the last couple of years trying to get him to show up, who did the first 6 sections of his life.  And Paulina who, like so many other core tribe members, has been working her way toward a full tour during one workout by her birthday–today.  And Positivity Award winner Mary Ann, who crushes it week after week in the stadium, not only on NP days but other days too training for Spartan races and burpee challenges, and just being a cool human being and mom.   Yup, they all crushed it.  BOOM, they crushed it!

What continues to amaze me about this tribe and this wacky free fitness movement, is that those stories are every-freaking-where.  You’re reading this and I think you’re one of those stories.  Because you’re crushing it too.  So if the question comes up and someone asks you, “Are you crushing it?” Consider all the ways that you are making a difference in this world, fiercely working, being a beast…crushing it. And then confidently answer, “Fuck Yeah.”

Today the workout was 40 sections: A full tour with a 3 x repeat on whichever section number your birthday falls.  RECORD YOUR TIME/SECTIONS today.

The North Face Endurance Challenge Utah and November Project Summit 2015 is happening on Sept 25-27, 2015 and basically, if you’re not there you will be missing out.  So, the Fear Of Missing Out is very real, and just like forest fires, only you can prevent it.  I’m really serious when I tell you you do NOT want to miss this.  Don’t let it happen.  Take the time off work or quit your job.  Book a plane ticket or start walking.  Find team to race with or run the entire marathon relay by yourself.  Go for the weekend or just move to Park City, Utah so you’re there already.  This shit is so good you don’t even know.  Read so much more about the TNF race, NP summit, and everything you need to know in the link. Discounted registration for TNF Endurance Challenge Series is available for all NP racers.  Do it.  Crush it.  #ECSUT

2 Replies to “Are You Crushing It?”