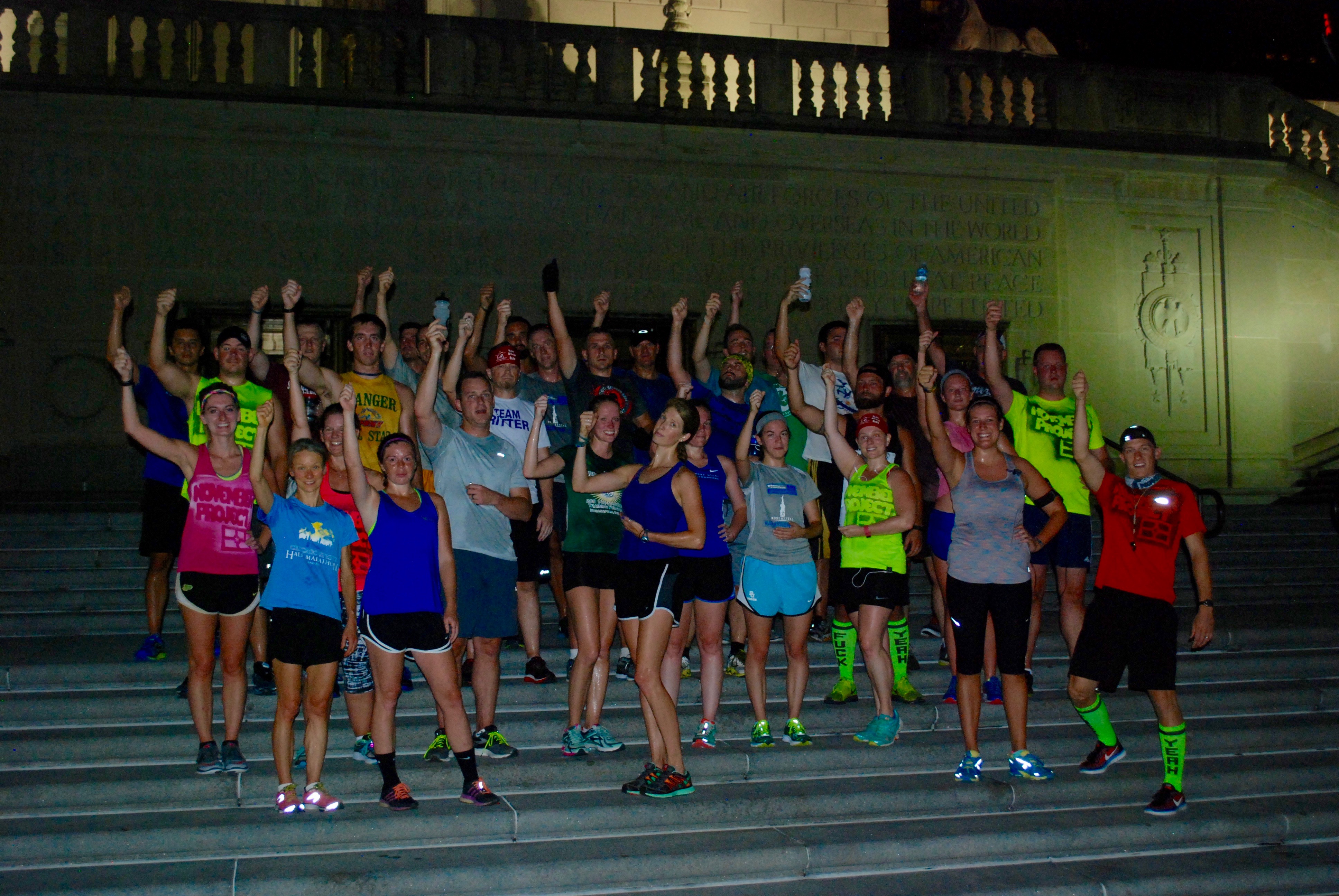 We were all Race Day kings and queens today.  Both sessions absolutely killed it on those stairs and with those burpees (especially the Race Day virgin who did 50 burpees instead of 25)!

There must have been something in the air, because PRs were being set left and right, and everyone was crushing the supportive role.  Awesome teamwork (tribework?).  We had another week of very solid turnout, and we were even graced with some long lost, highly missed familiar faces.  Great seeing you guys!

We weren’t rolling deep in newbies this week compared to the last few, but one sure shined; way to absolutely destroy the old Race Day record, Will!  It turns out that never touching the stairs (however that’s done) is the fastest way to traverse them.  This guy got 15:02.  Sub-15 minutes is easily in sight!  Unheard of.

We dove head first into a fast up-n-over then did the traditional situps, pushups, mountain climbers, burpees lineup with an up-n-over in between each exercise and another at the end.

Have a stellar week!