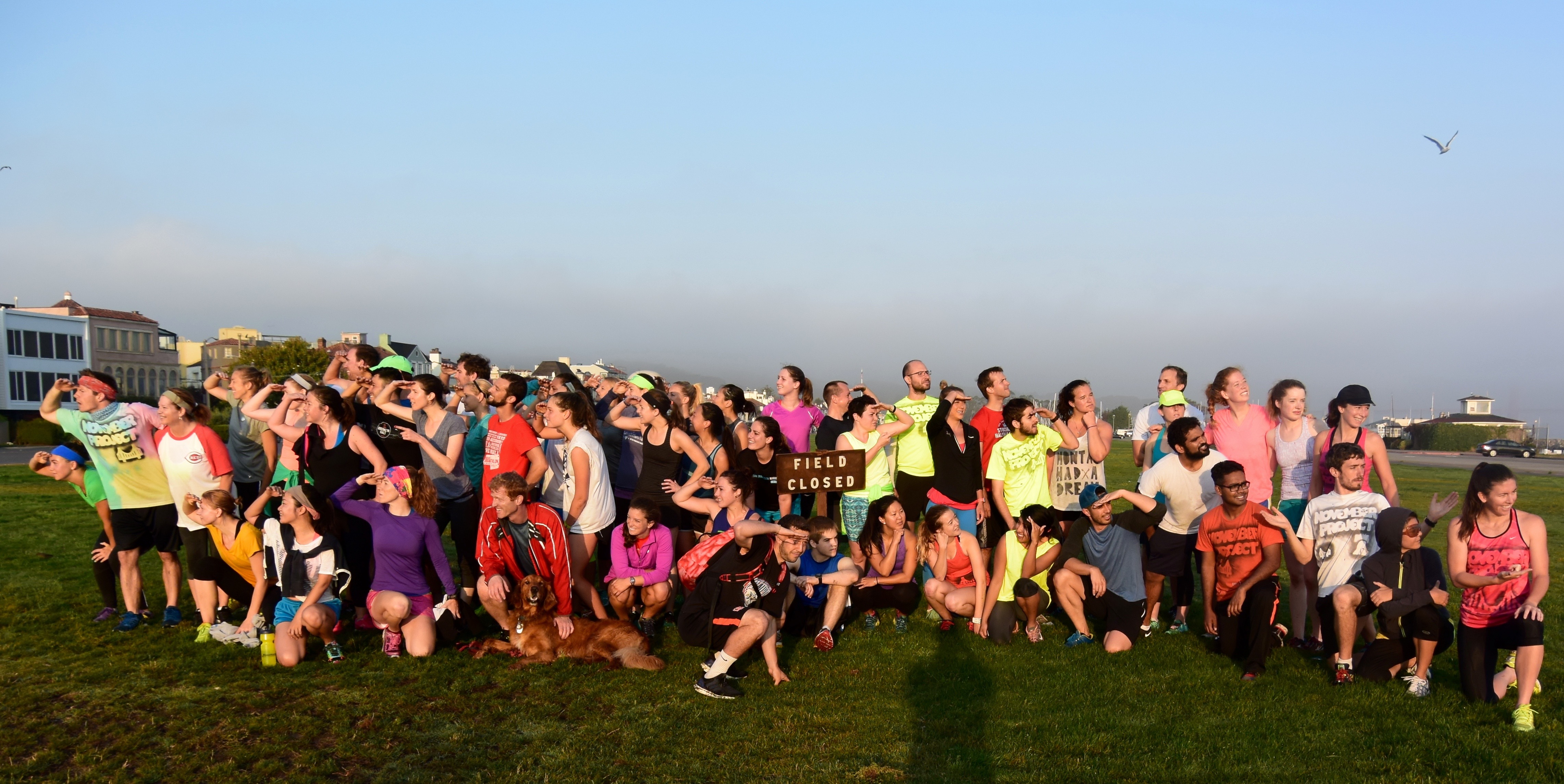 Mondays are just tough. Mondays are especially tough when returning from 10 days of vacation. So while I was laid out on the couch last night thinking “Oh shit, I have to come up with a workout for tomorrow” I outsourced my duties to two of the more reliable members of the tribe, Josh Zipin and Gillingham Gil Gilbert. These two have been meeting at the Michelle Obama gym (that blue eye sore of an outdoor gym in the marina) every Monday before NP at 5:45 for a quick yet difficult workout before they head over to Fort Mason. All are welcome to join them. You know the drill, just show up.

The workout this morning divided the tribe into planking, broad jumping and dipping groups of 3. Doesn’t make sense? Well, who cares, no one reads the blog to hear about the workout anyways. What really went down was the following:

With new leaders, Paddy and Laura were forced to actually finish the workout. No one wanted to be in Laura’s group, however, so she just ran around in bike pants waddling down the path like she had a shit filled diaper. Paddy just walked around flexing at the camera and talking shit. But nothing is new there.

Mitchell’s mother was there and crushed the workout. No surprise there.

Zip did an amazing job cheering everyone on and giving directions for the lost and confused. Gilmore boy took on photography responsibilities and took over 200 photos for Laura to go home and edit. Like a kid with a new toy, Gilbert’s Grapes ran all over the workout, tracking his prey like he was applying for a job with National Geographic.  170 of those taken were blurry photos of cars on Marina Blvd. The remaining 30 are tribe members in awkward moving positions. He also coined the term “underbelly shot” for one of his most commonly used camera angles. We appreciate the enthusiasm and effort, Gilroy, but you may want to stick to your computer job with your computer people.