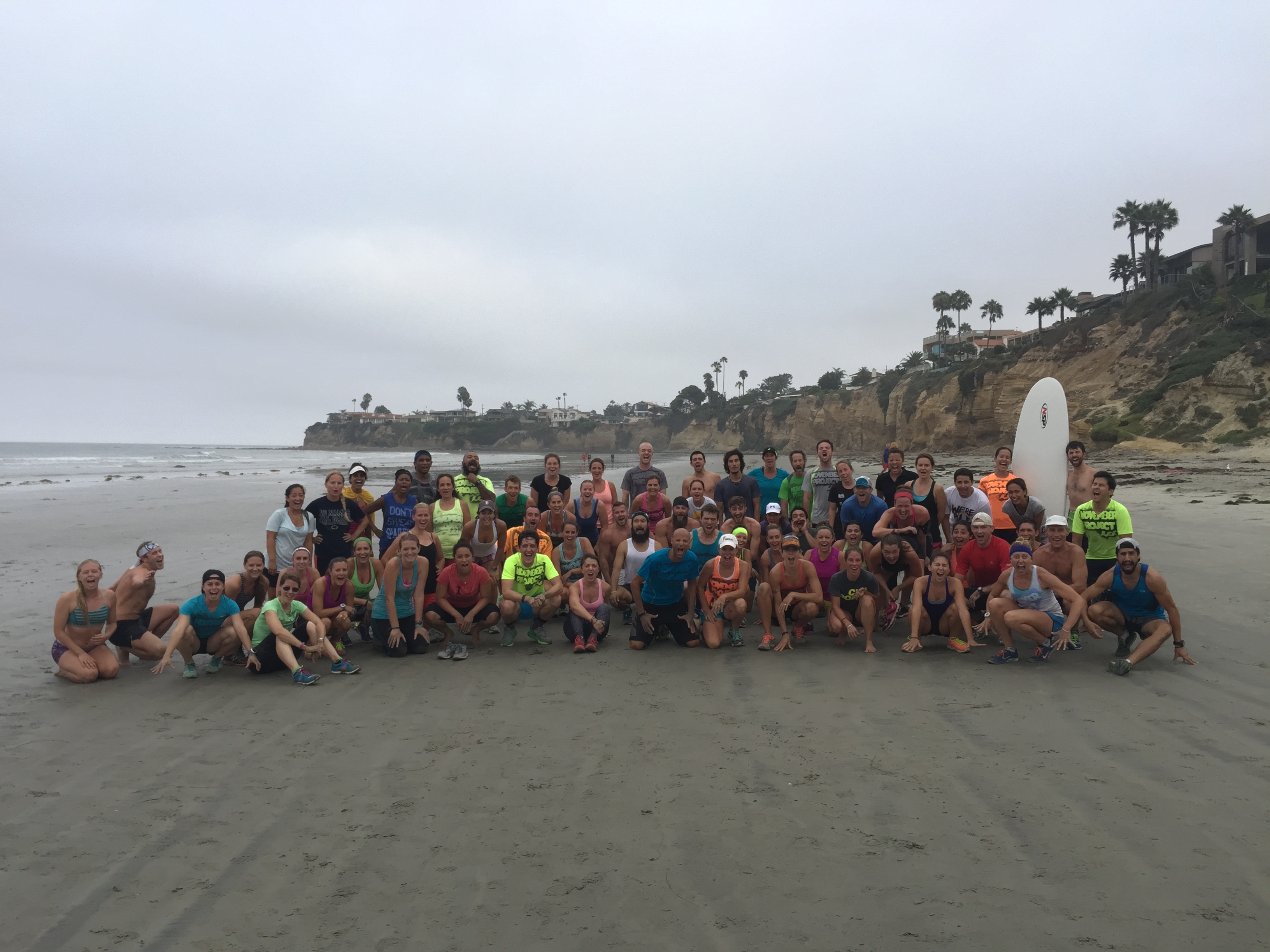 Did you know Tourmaline features “Tourmaline Memorial” a monument celebrating surfers who have enjoyed the surf at Tourmaline, in the past and the present, including Skeeter Malcolm. Although surfers have surfed the area since the 1930s, Tourmaline Surfing Park first opened in May 1963; the idea for the memorial was conceived in 2006, and the memorial itself was completed in 2008. The motto is “Surf Well, Spread Aloha, Share Waves Without Judgment”.

And today, the surfers did just that. We swam on the ground (thanks for that idea NP Vancouver), we ran up hills, we dipped our beards in the ocean, we bear crawled in the soft sand, and we high fived surfers. All without judgement. (Ok, they were probably judging us, but as one of them said – just watching us made it impossible to be in a bad mood).

I’d call this morning a success!

Be happy, be strong, be bright, and just keep swimming (on land or in water) San Diego!

News from the depths of the ocean:

– #SoCalRollCall – this week it’s all about BLOOD…keeping it in the family, I mean. Bring a family member to Wednesday’s workout. The quest for 200 people at one workout is on!

– Look into and sign up for the North Face Endurance Challenge! Park City on Sept 25 and San Francisco on Dec 5!

– Next Monday is at Ventura Cove by the Bahia Hotel.