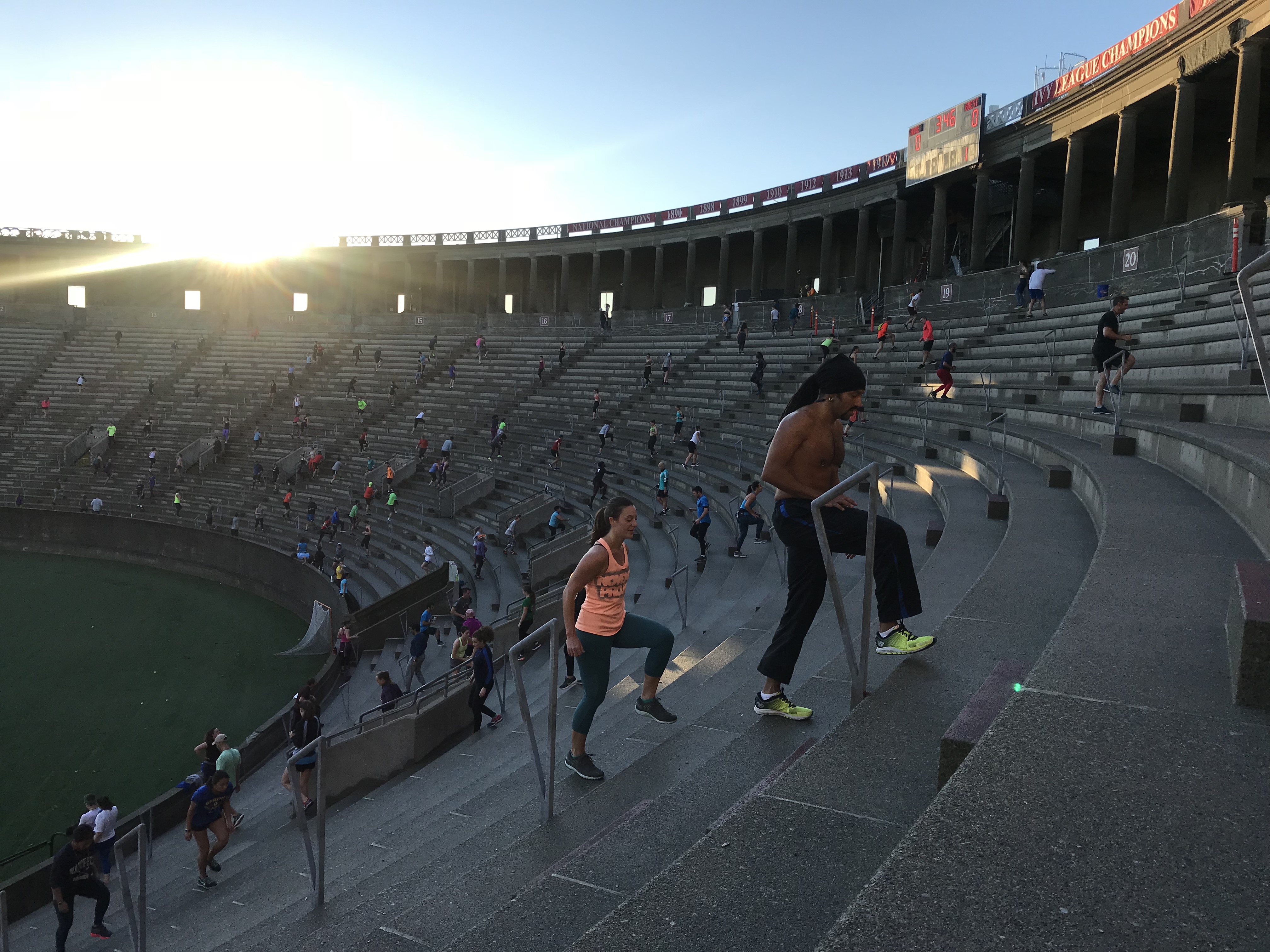 FrogMan1 is a thing.

But today there were a whole bunch of human beings who just showed up to November Project for their first time, or happened to have never shown up to a Wednesday on a day when we’ve done FrogMan1–so today was a first for them.  I stood in front of the tribe this morning and saw the looks of so many faces who stared back blankly as Capozzi shouted excitedly about the workout being FrogMan1.  Now, they might have all been asleep still (it was 5:30 for some of them) but it got me all hyped up to see so many people both learn about and then take on the beast that is FrogMan1.

So what is it?

It’s a super hard, long, many-sectioned workout that was originally named after a dude who was hiking on the Appalachian Trail.  BG & Bojan decided to do something harder than a full tour, and 50 sections seemed like a solid feat.  Read about the original FrogMan in the blog from July, 2012.

We run it starting at section 37 and complete sections from 37 to 13 (which is 25 sections in one direction), then repeat 13 and head back toward 37 for a finish of 50 total sections.  It’s both as simple, and as stupidly-hard as that.  Especially when we set a time limit on the workout–calling time for the group photo–it can be really challenging to finish all those sections before time gets called.

FrogMan is a worthy goal to take on.

But it’s a worthy goal to take on.  It’s a giant physical and mental task, and one that even when you don’t hit it, you find yourself feeling like it juuuuust might be within your reach–if you keep working hard at it.  Just like one person told the tribe at the end of the workout: she had done more sections than ever before during one workout and she made it all the way back to section 35.  She ran 48 sections!! Just two away from being done.  And you know how she feels today?  Probably really tired and her legs are likely still shaking as she eats lunch.  But she’s also probably really proud of being soooo close–and eager as hell to do Frogman again so she can get to that 50.

It’s such a worthy goal to take on that when we officially named Frogust in 2017, we also named the whole frog-family to make the BIG HARD goals ones that every single person at NP can strive for and see within their reach. FrogMan is still 50 sections.  TadpoleMan is 30 sections.  PolywogMan is 40 sections.  And the big bad BullfrogMan is 60 sections.

So what is FrogMan?

It’s a beast.  It’s a throwback to the original months of NP, when 50 sections was something no one thought about trying, until they did…and then it became a measure not only of physical strength and endurance, but the mental fortitude to dial in, to go farther, and to work harder than you have before.  And it still is that beast, that challenge, and that opportunity to find more within you than you realized was there.

FrogMan1 will test you.  And this community of fitness — of kind and good human beings — will hold you up while you climb up to that test.  If you haven’t yet discovered your potential through FrogMan1, come give it a try.  We’ll be at the stadium every Wednesday until the end of time.