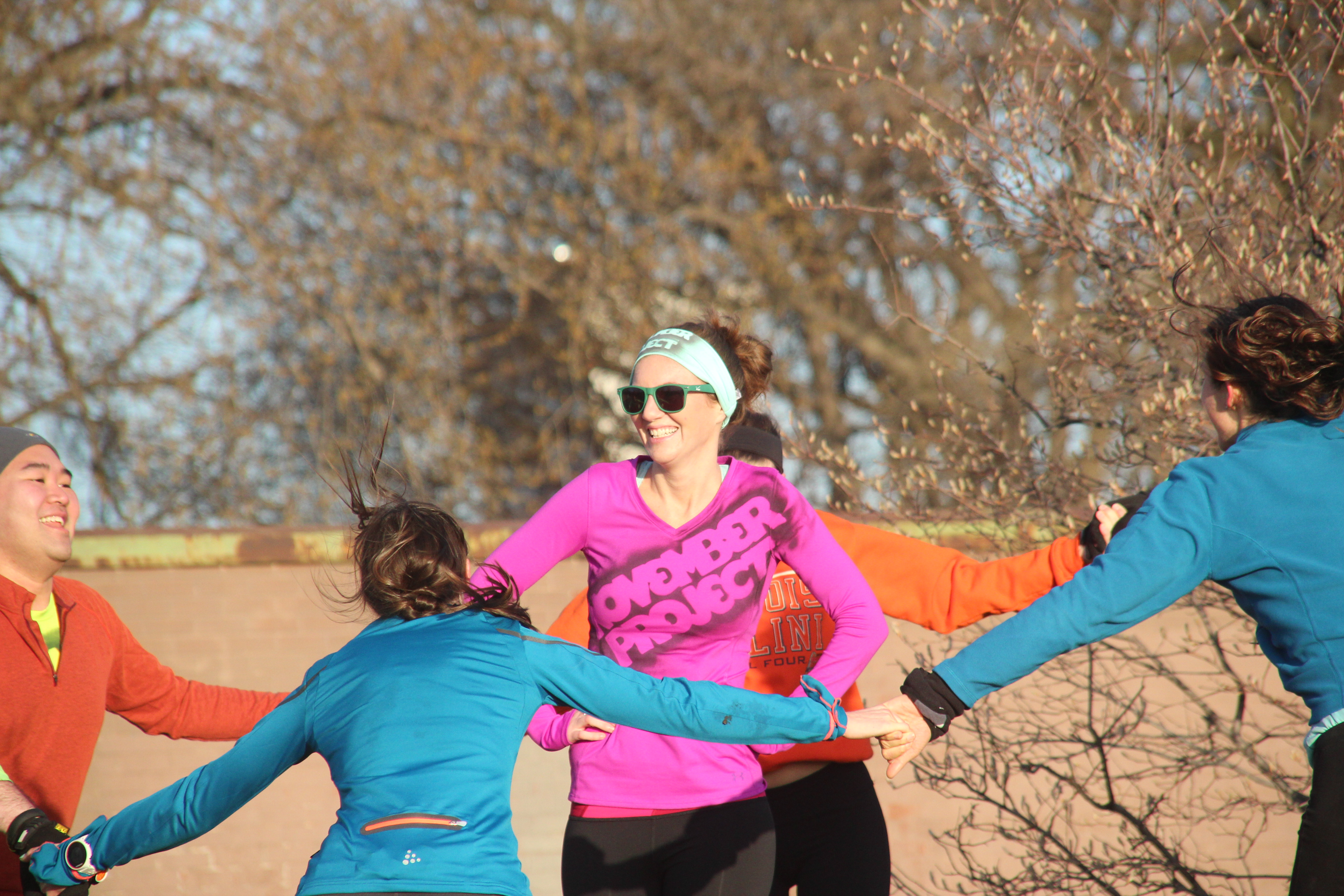 The following is a guest blog post by Erin Rohan. We’re convinced shes mostly muscle, part robot, a little bit Irish Dancer, and all parts awesome. You were down, but never out, and now you’re back stonger than ever. Fuck Yeah

“Six months ago today (October 15, 2014), I finished an awesome NP workout and five minutes later, was hit by an SUV while crossing the street to go back home.  The last six months have sucked… to put it nicely. My physical therapist finally gave me the go-ahead to try out November Project again this morning.  I felt like a little kid on her first day back at school.  I was super nervous and didn’t know if I could do the workout. I immediately saw some familiar faces and received much needed hugs. The theme of today’s workout was ‘watch out for traffic’.  Get it? Ba-dum-ching. Very clever theme by Brent, as he knew today was the six month mark of the accident.

We started a warmup with having to dodge traffic aka each other while going from station to station.  I had a brief traumatic flashback when Kevin pretended to be a car coming at me, but luckily was hit with laughs instead of an actual car. We then went to the lake to break into teams and do hoistees, mountain climbers, burpees and donkey cakes.  I couldn’t do hoistees because of my back, but team number 1 (the best team) circled around me and yelled out ERIN! instead of ‘hoistee!’ as they jumped into the air as one unit.  We then finished with a relay where we had to jump over each other while planking.  We ended with a big group picture and more hugs.  Needless to say, my first day back at November Project since my accident was a success.

Finally, I just have to say that the support I’ve gotten from NP the past six months has been remarkable.  From get well video messages from the whole tribe, to goody bags filled with booze and candy (my favorites) and visits to my apartment to keep me company, I cannot thank all of you enough.  Glad to be back.”