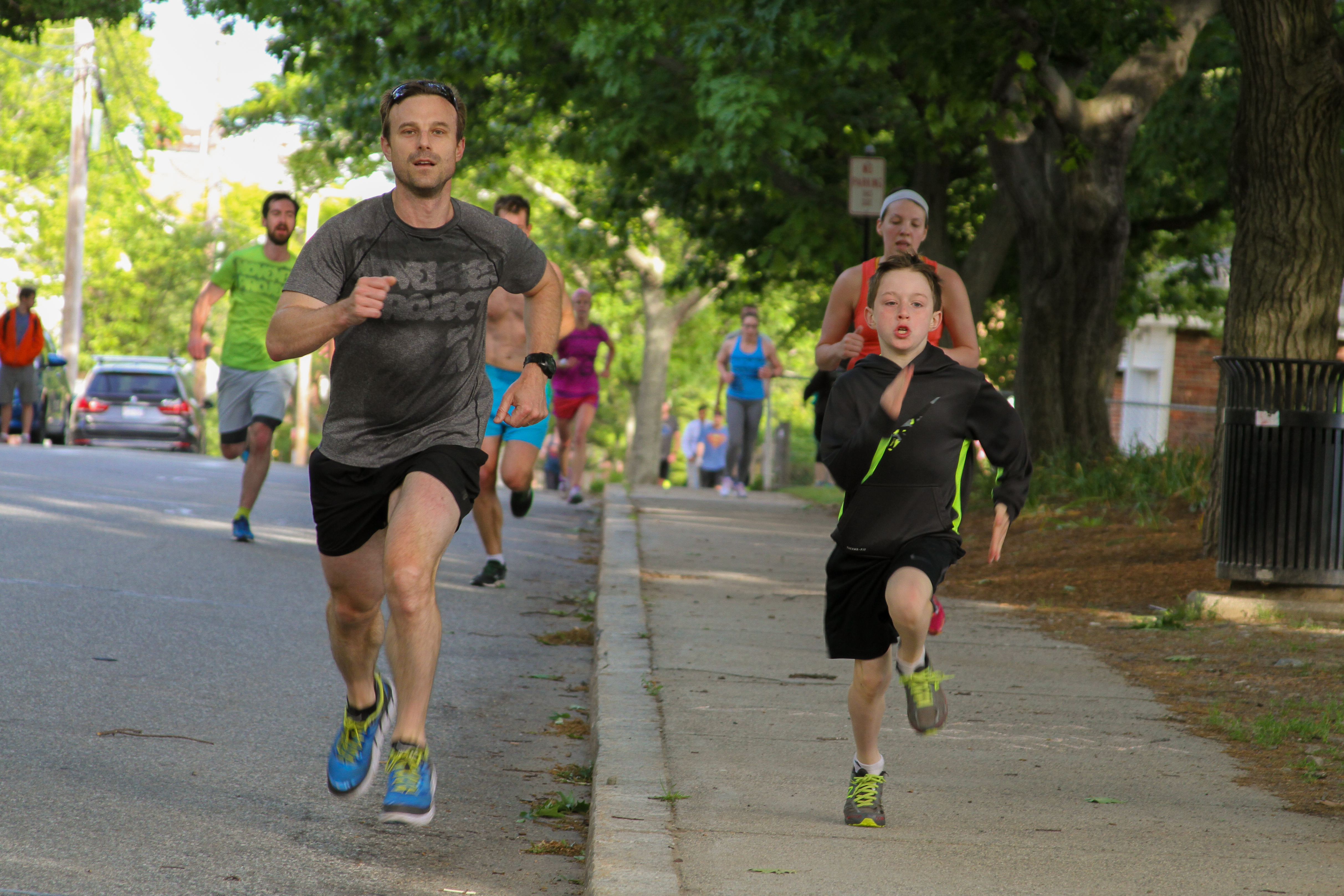 We say it a lot and sometimes it’s not actually true because we sort of slid into the weekend like a child trying to avoid the broccoli and brussels sprouts by melting into the chair and under the table.  But not today.  We sat up like hungry children who love their green veggies and we earned our weekend like champs.

Let’s not forget all the pain and puking from #Raceman on Wednesday.  My hip flexors still don’t remember what it means to be fully extended, and the calves have not forgotten.  But we all showed the fuck up in our PRHats and our fast shoes and our special racing pants and the singlets that show off our runners’ bodies.  And we THREW DOWN on the hills.  #PRHills on the second Friday of the month, every month–which gives us a chance to remember what it means to really race up that hill taller than Brogan Graham and steeper than the heating bill in Boston during the winter of 2015.

The Tribe earned a shit ton of PR Dots (purple this month) on PRhats.  They also earned them on PRpants, PRshirts, and a couple PRbiceps.  Our fuckers are fast.  Our fuckers are fierce.  Our fuckers are fighters.  So proud of this Tribe.  We all take part in everyone getting faster, going farther, and being fitter human beings.  As Jamie, the Boston magazine reporter who ran with us this morning and completed her first 3 full hills in one workout said, “If I was by myself I might have done one hill and then just stopped.”  Yup, this #community thing is doing something important.

How fast did you go?  How far did you go?  RECORD your time & distance.  Be proud as shit of what you did today.  We sure are.