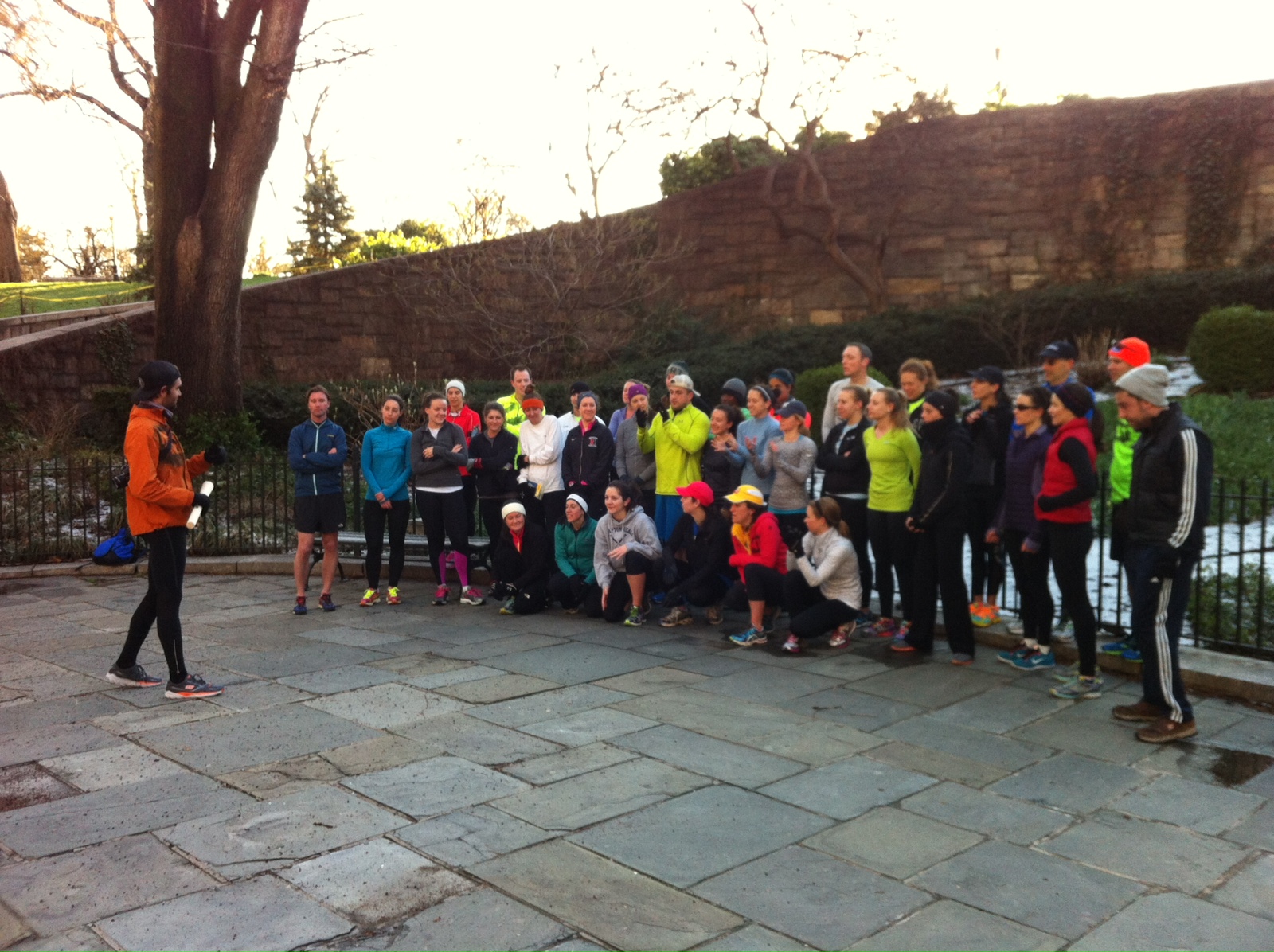 It’s hard to believe that 12 months have passed since the 2013 Boston Marathon. It feels like just a few weeks ago that we were all knocked down (literally and figuratively) by the explosions near the Boylston Street finish line.  The tragedy effected so many people in so many different ways:  Four lives were  lost, hundreds more were shattered.  Freedom was replaced by fear, and hearts were broken.

November Project runners in 15 cities got up and got out there today. The workout was tough, but this was also another day for us to show the world how strong we are.  That we are all BOSTON STRONG.

Here in Manhattan, our workout was 26.2 minutes long (26:12).  Our tribe was split into two groups—one started on the deck while the other sprinted off to do a grotto loop. The group that stayed opened with 4 sets of 15 (that’s 4/15, as in April 15) exercises: push-ups, jumping jacks, planks, and, burpees.  The second group replicated this session on their return to the deck.  We had some downhills and some “Heartbreak Hills”—some of us even hit the wall.  As the workout progressed, the two groups became one. It was beautiful!

We presented the first-ever NYC Positivity Award to the members of our tribe who are traveling to Boston this weekend to run the Boston Marathon– John, Kathy, Myles, Liz, and Alison (not pictured Mary A.).  Alison L’Heureux accepted (yeah, she caught it!) the Positivity Award on behalf of our Boston-bound runners,  and she’ll be bringing it back to Boston this weekend. Alison is originally from Uxbridge, MA, and was stopped at mile 26 of last year’s race.  She and 36,000+ runners will be finishing what they started last year, like they’ve done in all 117 Boston Marathons since 1897.

The NYC Tribe is looking forward to seeing our November Project family this weekend, including at Summit Avenue and at Mile 18.