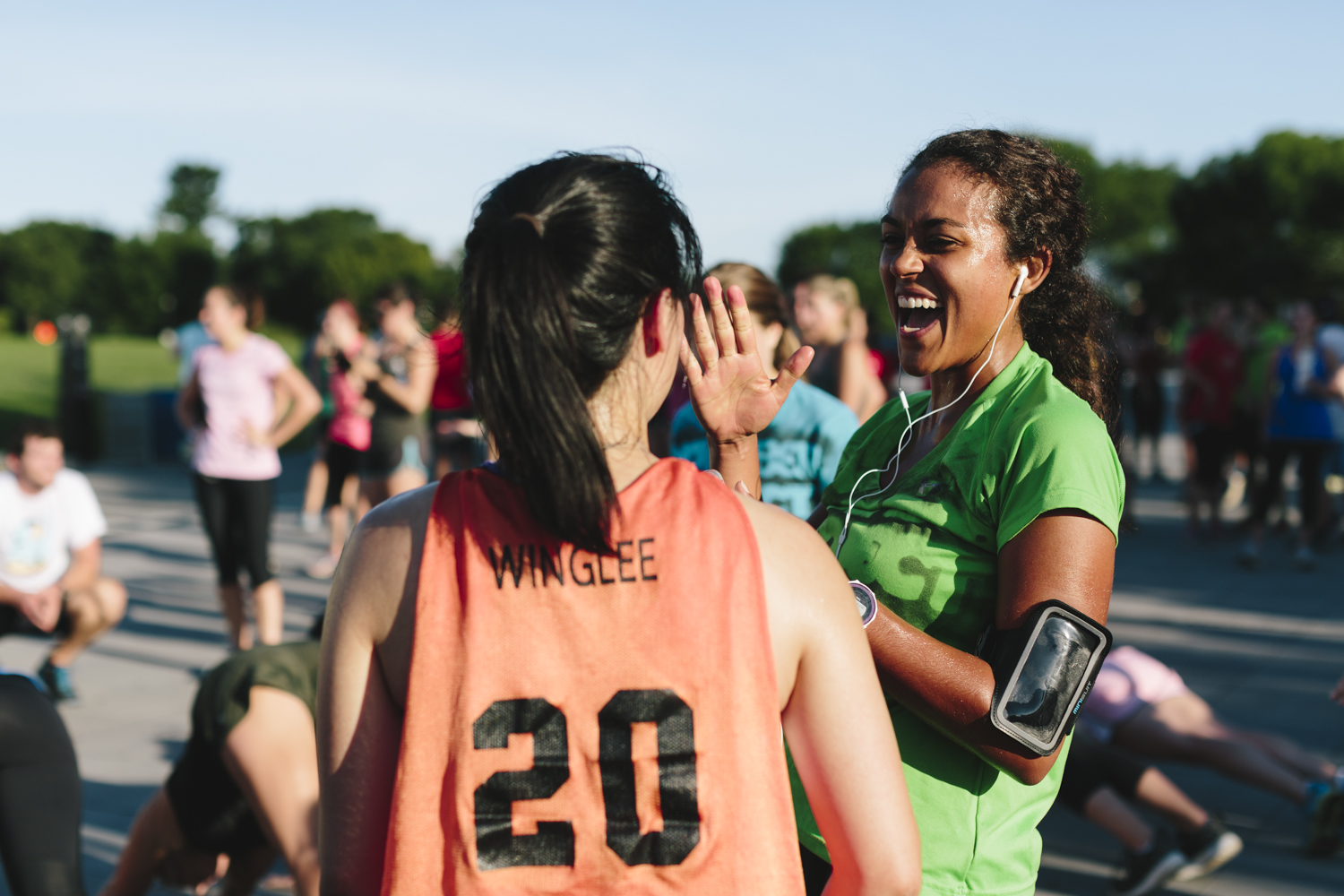 Here’s what I’ve discovered about #verbals. They WORK for November Project. I shy away from them in other places in my life. I’m going to stop shying and start verbaling.

You see, I’ve “committed” myself to doing yoga once a week to help with running, and so far, I’ve found, it really, really helps. WHEN. I. GO. This past Tuesday, the person I’ve been going with couldn’t go, and all of my yoga resolve crumbled and failed. I KNEW (for mostly a fact) that there would be other NP’ers at the free yoga session hosted by Mission Yoga in the top of Georgetown’s Lulu Tuesday night. A mostly fact, because all the other times I’ve been there, they’ve been there, but I’m sure there’s some rule against making up new facts based on a handful of past experiences. So even though, I knew they’d be there, I hadn’t dropped my proverbial verbal (whoa) and felt only roughly 20% guilty in my choice to stay home, eat takeout in bed, watch a TV show made for tweens, and then top it off with some strawberry ice cream. If I had just told ONE person that I’d go, I would have felt 100% guilty for not getting up and going.

And then I thought about it, and wished I had told another human, or maybe even just said it out loud, that I’d go. It makes it real, it makes it something you’ve committed too and it’s way, way harder to back down from. SO, I’m going to verbal for NP workouts, and I’m going to verbal to other things in life. Doesn’t matter what they are, doesn’t matter if I’m scared to do them, if I know I should do them but sort of don’t want to. I’m going to take that list that I seemingly always makes itself overnight, and when I wake up, verbal to those things. I’m not going to let them fall through the cracks or give way to anything else.

To an extent, verbaling for a workout, is to hold one another accountable. But once you say it out loud, are you going so that you don’t have a We Missed You post? Or are you going because you know you want to, know you need to, and told yourself you would?

TODAY, I’m going to swim. I’m going to do a track workout. I’m going to eat a peach instead of a pint of ice cream. And now I have ALL OF THE READERS WHO GOT ALLLLL THE WAY TO THIS POINT IN THE BLOG TO HOLD ME ACCOUNTABLE. You try it. Verbal to SOMETHING you want to do. If it works for us all at NP, why not do it in our non-running lives too? Text a friend. Call a friend. Say it to the mirror.

Check out the album of pics from the #Sunrise6k. From a MONTH ago. Wow, what a throwback. You ready for PR day next week? Better get ready! We’re back on the stairs. Here’s another chance to PR, another chance to earn super delicious and FREE Cava!

I verbaled for this blog yesterday.