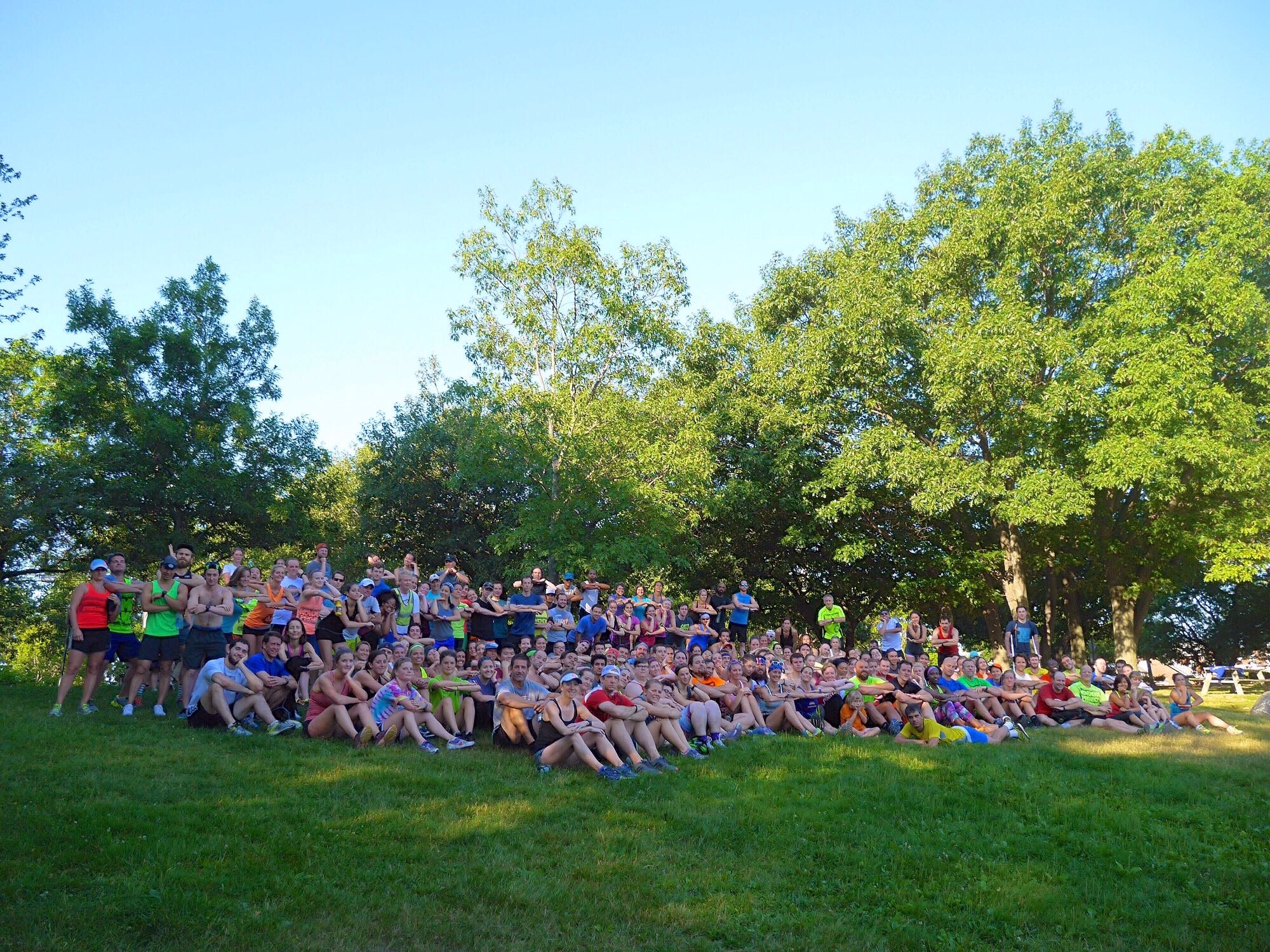 We used to talk about how Wednesday in Boston was like Christmas. We’d all have a hard time sleeping on Tuesday night with the 5:30 and 6:30AM groups about to pop off… the excitement was off the charts knowing that the workout at Harvard Stadium with November Project is only one sleep away.

Now, since the addition of The North Face into our FREE fitness lives, we’ve seen some positive changes here in Boston and around North America. Without getting into the wild travels we’ve been on as we’ve built 16 cities into 21 this year, we’ll just point out the newness here in Boston, Chicago, New York, DC, and San Francisco. Mountain Athletics. This twice-a-week, FREE, pretty badass gathering takes place during the post-work PM hour. That’s right, 6:30 apparently comes in a “PM” as well. Anyway, with The North Face committing to us to help us build and grow November Project, we’re helping them build and grow Mountain Athletics.

This week without any travel on our calendar we were able to hit every workout between NP and MA. We hope that after reading this, you’ll be able to take a stab at a full week or as we call it “5 Days Of Fitness” in five cities that MA and NP are in:

MONDAY: For those new NP’ers and for those in cities that don’t have an NP Monday workout, the vibe is strong. Mondays are a new location each week and those locations are only posted a few days prior. The location is one that is supposed to be run to and from. Because of this factored in mileage, the workout isn’t as long as the other NP mornings. Hugs, vibes, and usually tons of core work are all expected before running back to our respective showers. While on the subject, next Monday we’re at Somerville Conway Park.

TUESDAY: The Mountain Athletics group gathers in the Boston Common at 6:30PM and without much hesitation goes right into a full warmup. These thoughtful trainers (Rita and Lindsey) know their shit and are physical proof of what they’re delivering. This week both BG and Bojan were in town together and actually worked as partners. It felt like it has been years since we’d hit the deck side by side… it felt good to push and be pushed by like that again.

WEDNESDAY: The Harvard Stadium mob has become so much like a fitness factory, party, social hour, all mixed with the most beast workout of the week that is a little insane. For those of you who are still watching from the sidelines, the stadium is the one workout each week in Boston that the new people, or “the newbies”, actually have their own workout. Wednesday Running stairs, believe it or not, is actually the hardest and yet the most inviting for newbies. It doesn’t matter if you do 5 sections or 50, if you push your limits, you won’t go home thinking “that was easy”. Come see why November Project is 2014’s Best Workout in Boston. Bragging? Yes, we learned it from Paddy at NP_SFO.

THURSDAY: The Esplanade. For those of you who live here in Boston, you know this place. For those of you who are new or have never been here… this place is a buzzing hive of moving bodies from 5AM until sunset. The Charles River, the skyline, the hidden waterways, the bridges, the goose poop, The Esplanade has it all. Now at 6:30PM it also has a free Mountain Athletics workouts. One of the leaders, Joey Kile, leads this crew. Join him for a badass goal oriented workout, or just come out to check out his beard, in either case you won’t be disappointed.

FRIDAY: The weekend starts at 6:29AM in Boston… on fucking Friday. Road hills, grassy loops, hidden steps, and some occasional burpies… with Friday at November Project… you never know what you’re going to get, but it’s best way to kick off your weekend. This morning we pushed each other while doing Indiana Jones. What is Indiana Jones you may ask? Well, come to the workotout and find out.