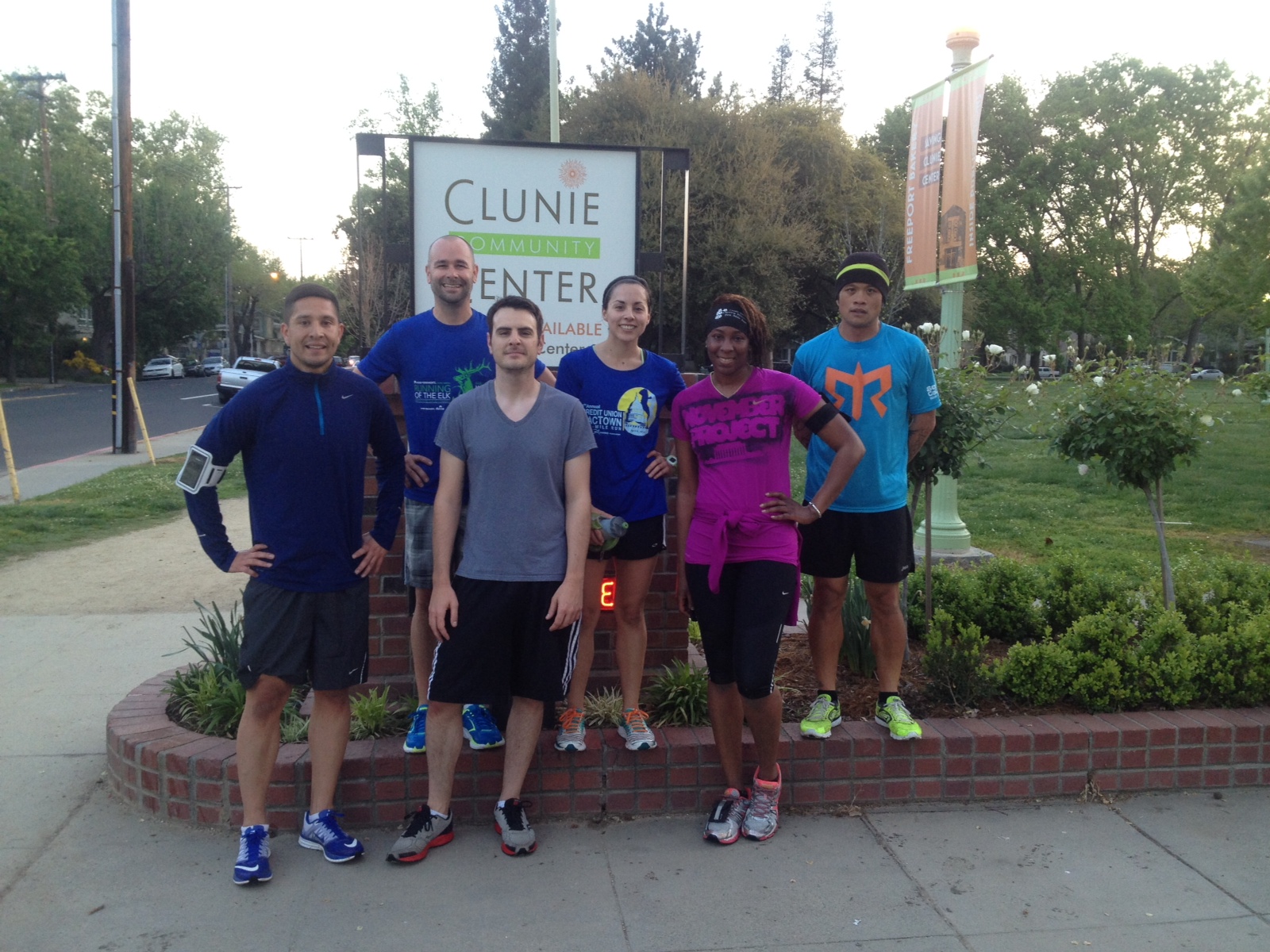 60 degrees in Sacramento on a Wednesday morning at 6:28AM. Enough said, the workout temperatures this morning were fucking awesome! This morning the Sacramento tribe welcomed Ta Mara from #NP_DC to the workout. We also had a first this morning, co-leader Stephanie got out before the 6:30AM roll call and announcements of today’s workout.

Co-leader Haley took lead the group on a 1-mile warm-up around McKinley Park before returning back to the front of the McKinley Library, where all the awesome strength workouts would go down. On tap for today would be planks, reverse lunges, push-ups, more lunges, seated bikes, then a sprint (out and back). The sprint was out to this massive tree about 40 yards away, where we were instructed to tag it, though some air swiped the tree like a poorly timed high-five. These exercises went for 3 rounds with each individual exercise lasting from 40-60 minutes before rotating onto the next.

After the exercises to build our badassness, Haley took us on a 1-mile cool down around the park before returning to the Library once again to give high-fives and hugs before leaving the day.

Alright so now the weather is awesome, predicted 80-85 degree highs, but let’s be honest that makes it too hot to workout in the afternoons. 60 degrees at 6:30AM sounds way more enjoyable, not to mention working out with some pretty badass people who talk about their weekend adventures. So here it is Sacramento … get onto Twitter and Facebook and make a #VERBAL! Commit to coming out just once, and make it next Wednesday! Once you come out, working out will never be the same. Nice weather, FREE WORKOUTS, awesome people … now what’s the next shitty excuse you are going to use for not going out next week?