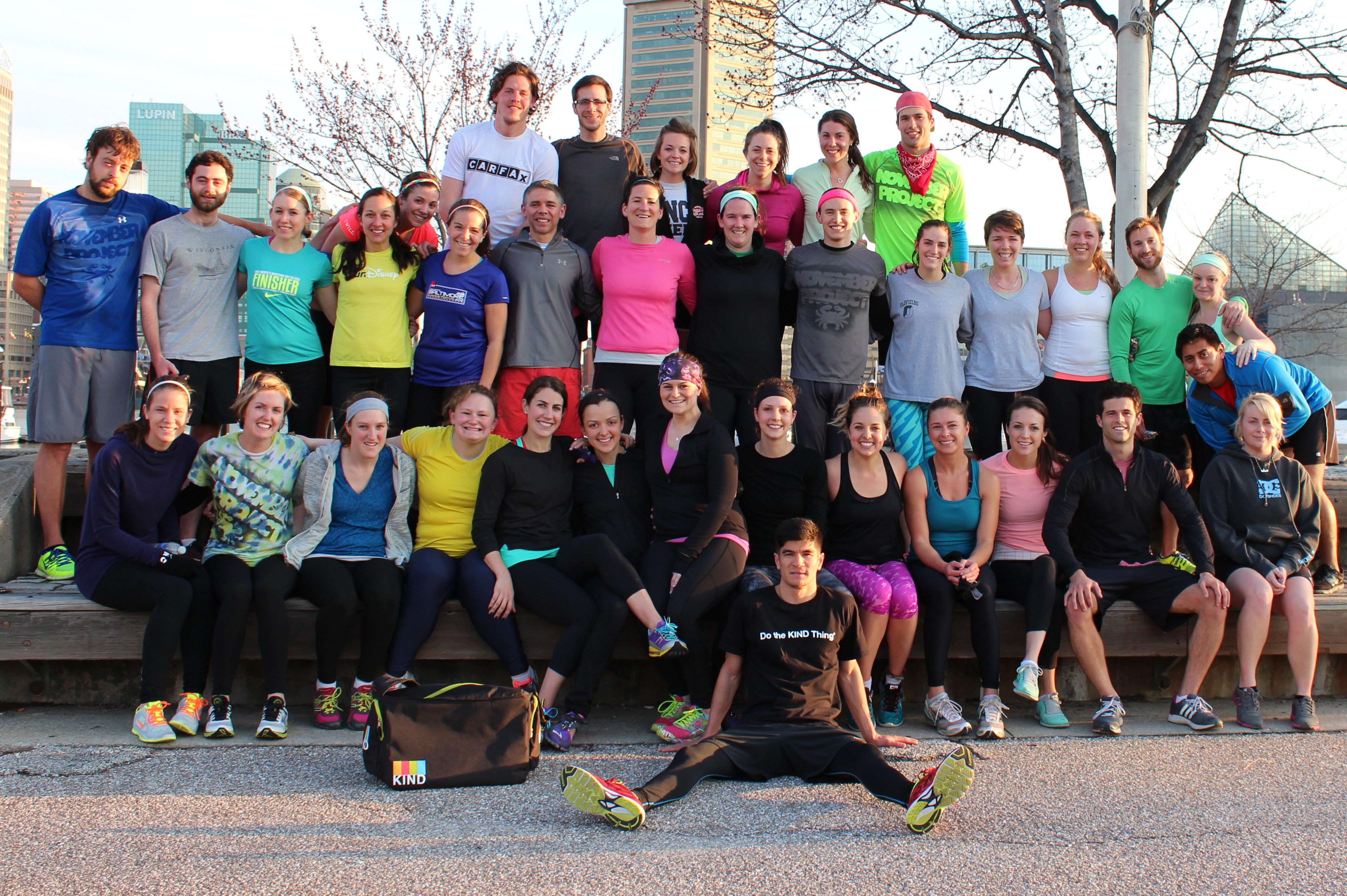 We’re going back to the days of high school graduation, where approximately 89.78% of the speeches started off with “According to Merriam Webster Dictionary _____ is described as _______ [insert here some really admirable quality or exciting take on the future]…” And this morning I’m feeling a bit nostalgic and reminisent. No, definitely not for those AP tests or the Footloose-style cancelled dances due to freak dancing (yeah…that was my high school in 2006. It got picked up by ABC…it was a big deal at the time guys).

But I digress. This week’s theme was #bmore_social. “According to Merriam Webster Dictionary” a synonym for ‘social’ is…. clubbable? That’s what it says. Clubbable. Also could be ‘clubable.’ If y’all come to NP wielding some rather large wooden objects because I look “clubbable” we are going to have some issues. Or a nice race.

Regardless of how you’d like to describe it, the tribe was social today. Many a tribes member brought a date. There were many new faces, so many smiles, and lots of sweaty hugs that newbies warmly experienced for the first time. The tribe picked their poison: box jumps, stairs, push ups, mountain climbers, or burpees in-between 4 minutes of running laps. Rinse and repeat.

The now-infamous burpee bunch killed it today with jumps so high, it was like we were watching Space Jam live. And special shout-out to Megan P. who, despite having a graveyard 12-hour nursing shift, ending at 6AM, STILL made it to workout and kicked ass!

So….the tribe was social today. What were you doing at 6:30 this morning? Having social dreams just doesn’t cut it. You have a chance to make up for it by showing up to our Recruiting Papers Social this Sunday (4/13), 6PM at the Wharf Rat. #bringscissors #butseriously