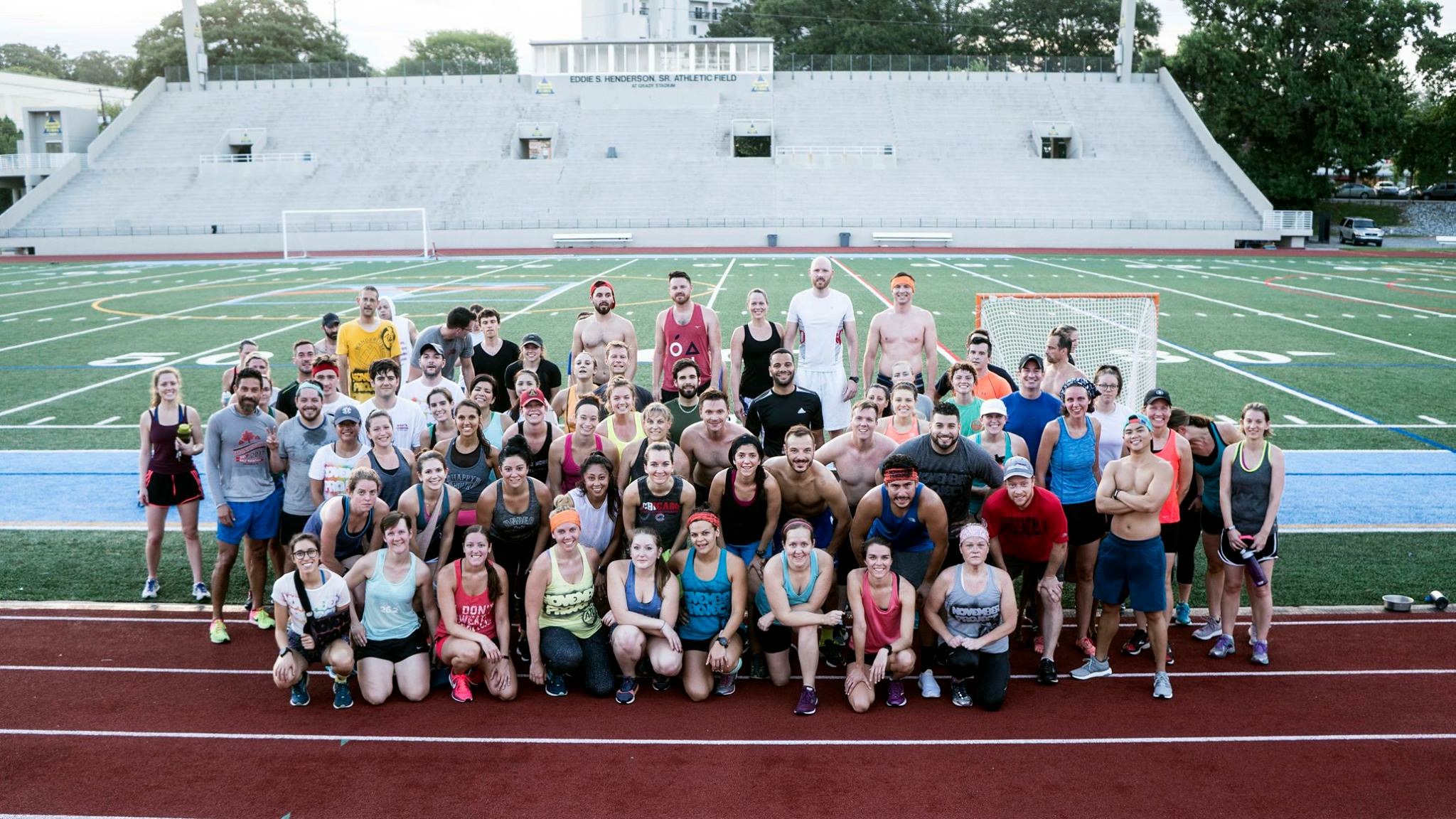 There is something about Stadium Fridays that gives off an energy of excitement the night before despite the fact you know it’s going to kick your ass. I arrived at the stadium at about 5:45 this morning to get warmed up and help DJ Rob Sessions setup his equipment before the ATL Tribe showed up. At 6:10am I got nervous because the clouds in the sky looked mean and a few rain drops were starting to come down. The last thing I wanted was to get the DJ’s equipment wet considering he drives 30 minutes to spin for us out of the goodness of his heart. We rolled the dice and went for it anyway, and thank God the clouds started to part right at 6:27am. 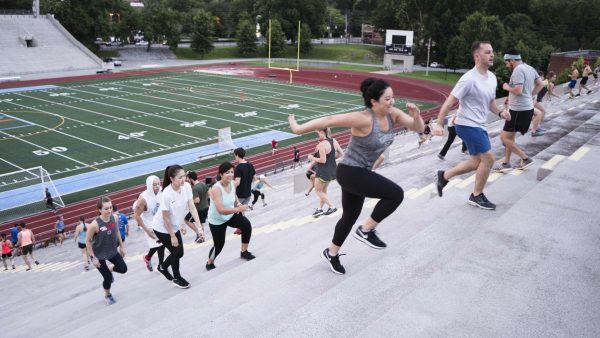 It was our largest turnout at the stadium workout so far, somewhere around 80 people. Still trying to break that elusive 100 people at a single workout. I am confident it will happen next week 🙂 Our group bounce was so hype, and everyone was in good spirits because in the background was the epic music of Queen playing We Will Rock You!

A quick warm up lap around the track and then were we off to crush the stairs. The newbies got their first taste of NP, and you could tell they were having a blast even though they were suffering from a case of jello legs. DJ Rob Sessions killed it on the 1’s and 2’s, and all around you could see high fives and words of encouragement. 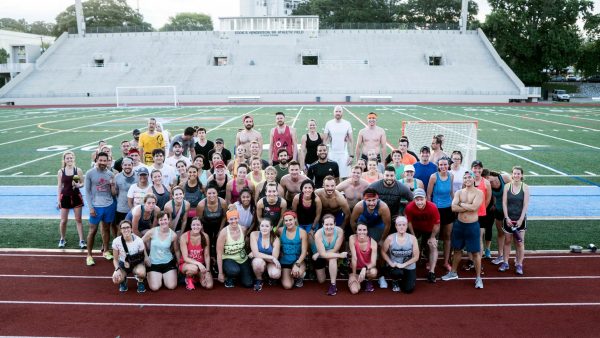 In Atlanta Pride Month is a big deal, and we at November Project support our community and welcome all. This movement is built on the idea of inclusiveness and building others up positively.

When we use words to build another person up, we are showing them honor. Our words are powerful and can either be constructive or destructive. Today I saw so many people smiling, laughing, and saying things like “you got this”. All around me I saw people being honorable to one another.

Every now and then our words may get the best of us and slip out before we give them much thought. Still, it’s no excuse when our words are used to cut another person down or make them feel uncomfortable. Rather than being quick to speak and slow to listen, we should do the opposite. Think for a moment if you had the opportunity to have coffee with the one person you would give anything in the world to meet. How would you act? Would you arrive on time? Would you open the door for them? What kind of thoughtful questions would you ask and would you pay attention to their response? Would you give them the respect that they deserve? That is what it means to show someone honor. We all deserve honor no matter our sex, age, race, religion, or status.
As our tribe grows Alexa and I want NP to be a culture where everyone feels welcomed and never scared to speak up if something makes them feel uncomfortable.
We are honored to be your tribe leaders.
Share via socials: