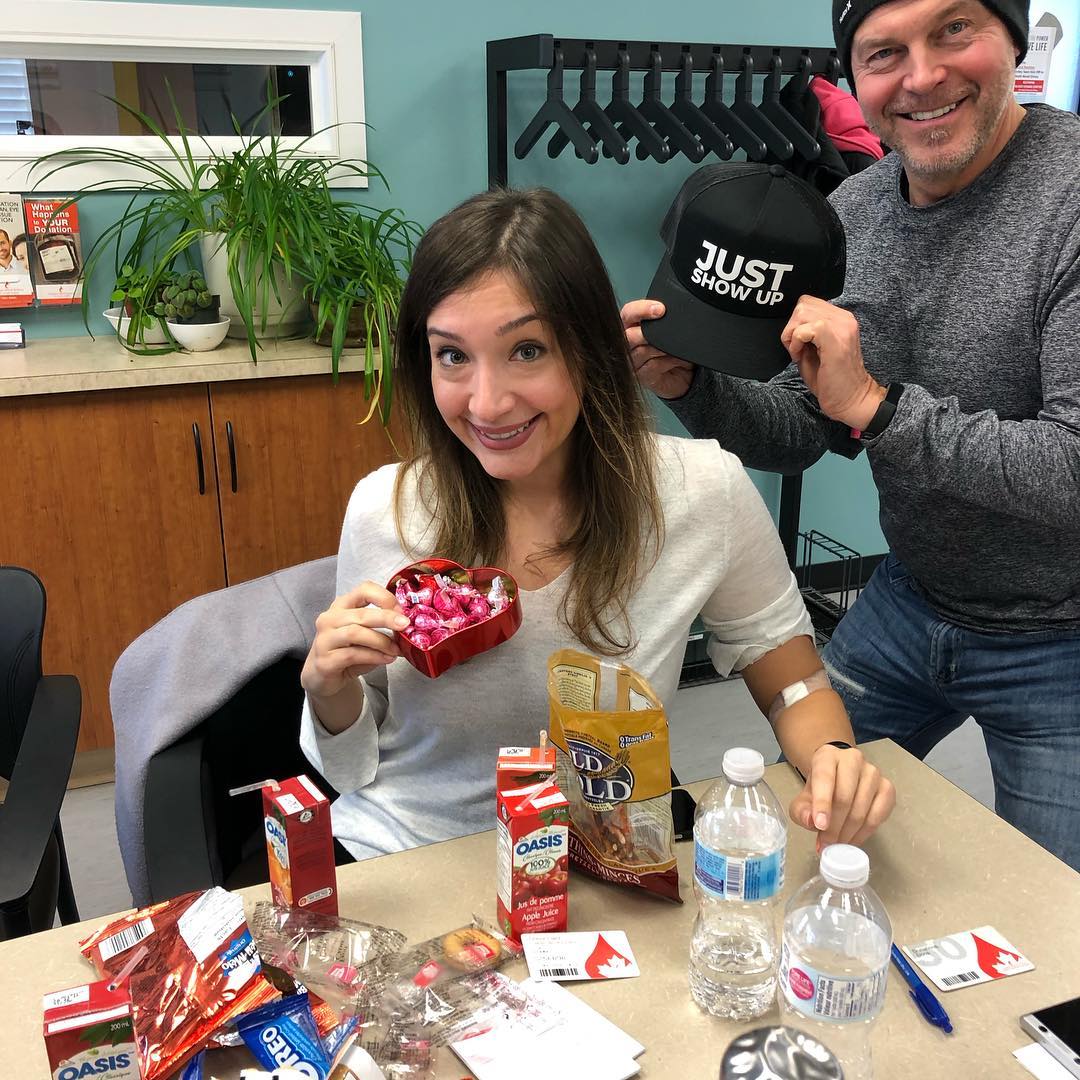 So, I discovered November Project during one of the lowest times of my life. After going through several personally challenging events and living through, without a doubt, the hardest year of my life, I needed a change. I craved new experiences, new people, new ways to discover the city I got to call home for the past few years, and, most importantly, new reasons to smile. In my search, I came across a fundraiser for the Central Okanagan Hospice which was organized by this thing called November Project Kelowna. I had no idea what to expect, and on the night of the event, I debated not showing up. I made every possible excuse not to go, but let me tell you- I am so glad I did.

The first thing I noticed was a lot of people, of all ages, but many who were young and seemed to be in my age group. They were all very friendly, striking up conversations with me throughout the night, and they seemed to get VERY excited when I said I was new and had no idea what NP was. I’m pretty sure I said “But what IS November Project???” at least 10 times. Naturally, this was followed with me saying things like, “All year around? Even in the cold and snow? HOW early??? I’m not at all a morning person, I don’t think I could do that. I’m sure I won’t be able to keep up. Maybe when it’s warmer…” I could go on. I left the night feeling inspired, and even though I was convinced these people were slightly crazy for waking up so early to work out in the cold, I was intrigued by their energy.

Fast forward to the night before my first workout. NP’s Instagram post advertised an Easter-themed workout that “YOU ARE NOT gonna wanna miss.” I’m not going to lie; my first thought was that there would be chocolate, and no joke, that was probably the real reason I decided that I would go and see what the hype was about. I can’t remember what fun was actually in store that Wednesday, but I am convinced that the real surprise was having a group of lovely, welcoming strangers yell “Hiiii Dianaaaaa!!,” and who later proceeded to come at me with open arms and give me the biggest, warmest hugs I could ever imagine I’d get from a group of strangers. I left feeling energized, beaming from the inside, and smiling more than I had in a while. And, spoiler alert, there wasn’t even any chocolate.

It’s been almost a year since my first workout with November Project, and I have honestly never ever regretted any of those early mornings. Sure, I’m reliably late, can’t run, and will always cheat my way out of doing a proper burpee, but it doesn’t matter. I show up and I put in an effort, whatever that looks like. For me, that is enough. And you know what? That’s enough for everyone. It doesn’t matter how slow I run, if I do my own modifications, or if I’m panting my way back to the sails, it will still be met by high fives, words of encouragement, and people cheering me on.

Beyond the workouts, the people of NP Kelowna are without a doubt the kindest, friendliest, and most genuinely wonderful people I have met. They give back to the community (e.g., all the blood!), help you when you are in need (e.g., changing my flat tire on a whim), give you opportunities to cross things off your bucket list (e.g., Zorb soccer?!), and just generally know how to have a good time (e.g., like afternoons boating).

The people of NP Kelowna have helped to push me, motivate me, and give me so many reasons to smile – in- and outside of the workout – and I am so very grateful. I don’t know where I’ll be living in the next year, but in the event that it isn’t Kelowna, my experiences with NP and each of the people who are a part of it will always be amongst my fondest memories. So, thank you to everyone for being so awesome. You’ve helped in more ways than you know. If you are reading this and are at all debating whether or not you should attend, I can assure you it will be a decision you won’t regret. Give it a shot. You have nothing to lose, but you have so, SO much to gain.