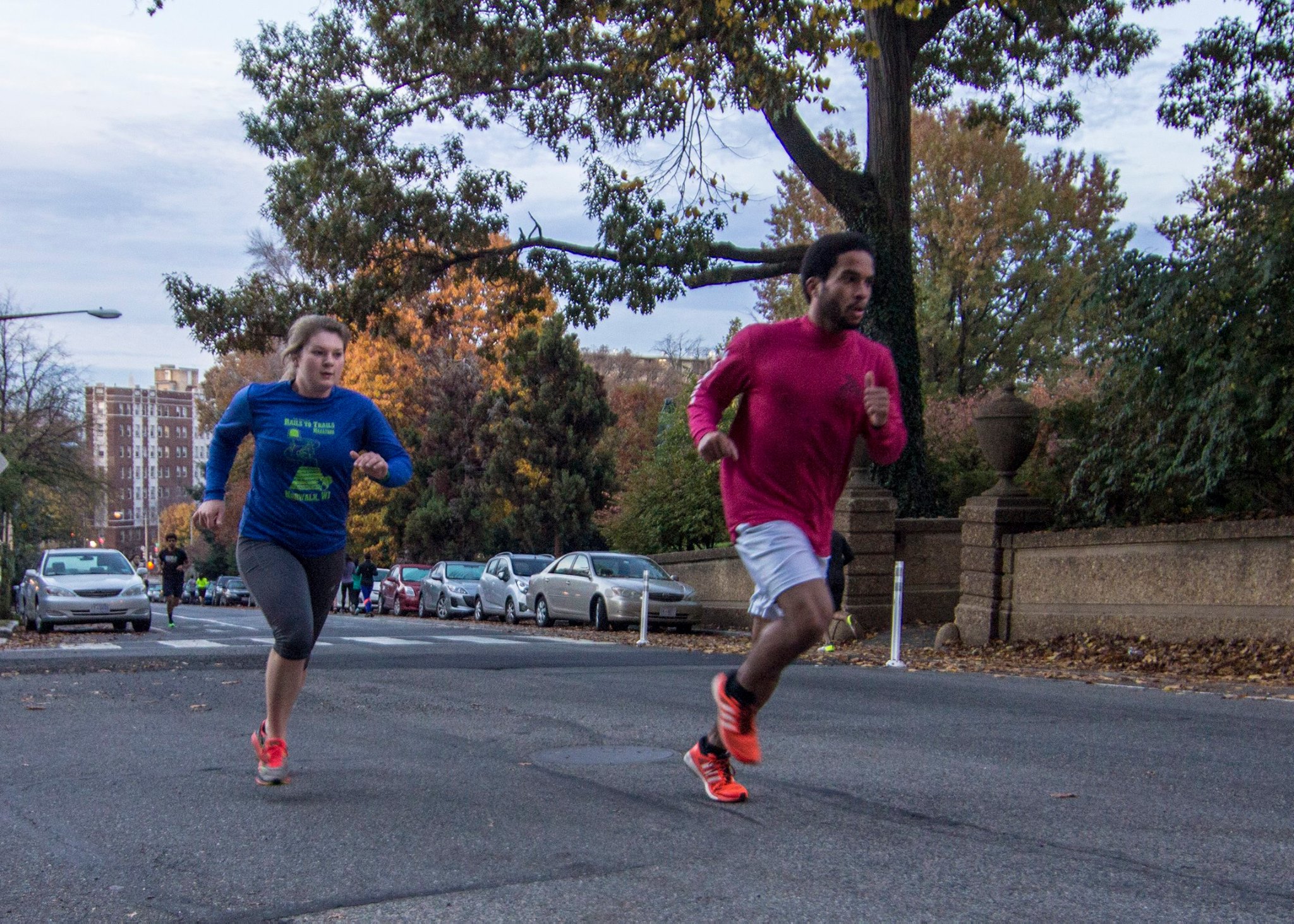 Not porridge. And never in the pot, nine days old. This mind-f of a fall or winter we’re having.

It got colder. And then it got warmer. And then it was warm and rainy. And then it got warmer. And now it’s getting colder? Is it annoying to get your gloves out and then put them away? Splurge on some new winter running tights and then get forced back into your shorts? Maybe it’s the best for you, the delay of winter, and you don’t even want to think about tights and mittens and hats and buffs. Of fuck it, it’s kind of cold you look hot in hot pink, you’re wearing them anyway.

However you like it, doesn’t really matter. Weather gods don’t take requests. But they also can’t stop you from showing up and racing it out with all you have. They can’t stop you from being a badass when the inevitable actual cold days come. When the snow flies. When the hail ping-pongs off your cheeks and you (secretly kind of like it) want to curl up in a ball and pull your buff over your entire face.

Some people just think about getting beach body ready. But now’s the time you prepare for the 12 degree body. The body that gets up when no one else does. The body that refuses to give into cold muscles and races instead. The body that sort of wants some snow cause Manzur will most definitely capture you at your most badassest running through that snow and, “Yes mom that crazy November group still runs in January, yes through blizzards, BECAUSE IT’S FUN MOM.”

So bundle up, or don’t. But show up. And show up like you mean it. Like you’re there to race and to get fit and to have a lot of fucking fun though whatever winter we’re about to have.

And if this post jynxes us into the worst winter in recorded history, I have no way of finishing this sentence.