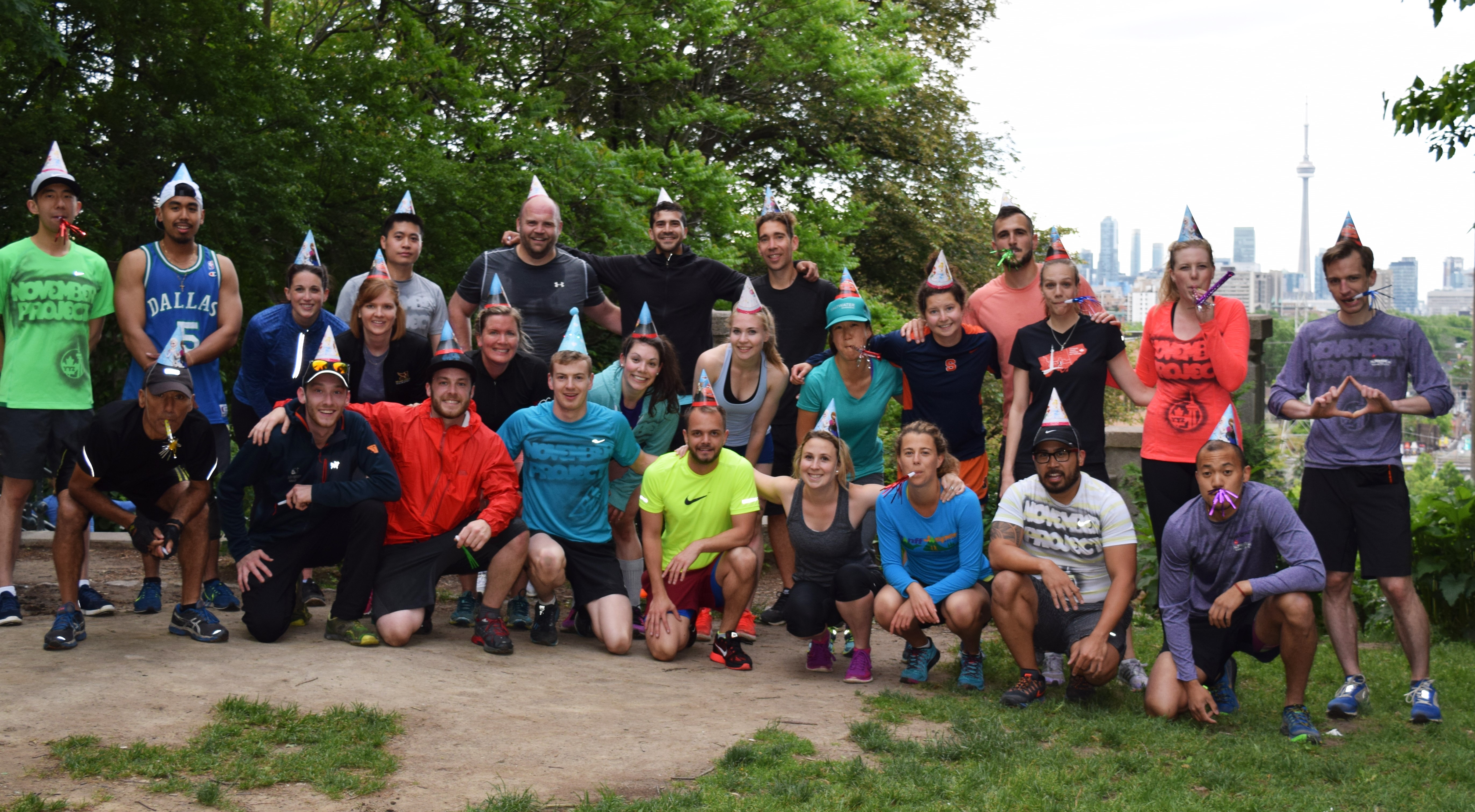 This has been a big week. On Wednesday you beautiful people surprised me with birthday celebrations and Portuguese custard tarts (my favourite!) – Michelle, that was a fantastic start to the day, thank you so much. Today we marked one year since our first pledge workout, and the start of this wonderful journey, with a #DestinationDeck outside the Steamwhistle Roundhouse, home of one of my favourite races in the city. And what a deck it was!

To mark this one year mini-anniversary (we’re saving the big celebrations for August when we became an official tribe), we asked Francis to write this week’s blog post. Francis was one of the six at that very first workout – which according to my Google doc featured lots of stair sprints and planking – and has been one of our biggest supporters ever since.. Thankfully, our workouts have improved a lot since those early days!

“The “bat flip”; the Toronto Raptors coming within 2 wins of playing in the NBA Finals; the birth of November Project’s Toronto Tribe. What do these three things have in common? All are things that I’ll be able to tell my future grandchildren happened during my life time.

It all started just over a year ago when I received a text from Sam, “I’m contemplating starting to do Casa Loma on Wednesday mornings if that works for you?” Sam didn’t know it, but at the time I was in search of something new in my life, I wasn’t quite sure what I was looking for, but that Wednesday morning it appeared as if maybe I had found it… What awaited me at the top of the stairs were some friendly faces, words of encouragement, lots of high fives and of course, the inevitable hugs. When I tell people about November Project: the what, where and when, I hear a lot of “I wish I could come out, but…”

– I enjoy my sleep too much

– I’m not really a runner

– It’s too cold in the mornings

There was a time when I would have used any one of those excuses to miss a workout. So what is it that stops me from hitting snooze every Wednesday morning when my alarm goes off? It’s the people. I don’t like waking up before the sun rises, I don’t like stairs, I don’t like burpees, I don’t like freezing my beard off in the winter nor sweating my butt off in the summer. But I do like people. And November Project people are my kind of people, it’s as simple as that. What started off as the original #6ix that Wednesday morning in June 2015 has become a much larger group of really amazing people. It’s been quite the year and I’m so happy to have been along for this journey. Thank you so much to Sam and Michelle, and Claire before her, for all you do to keep this group of amazing people coming back every week.”

If you want to share your story, give us a shout – as much fun as we have crafting these posts, it’s always nice to kick back and let someone else take the stand. In the meantime, here’s to many many more burpees, right?

Other things happening this week in the November Project universe: