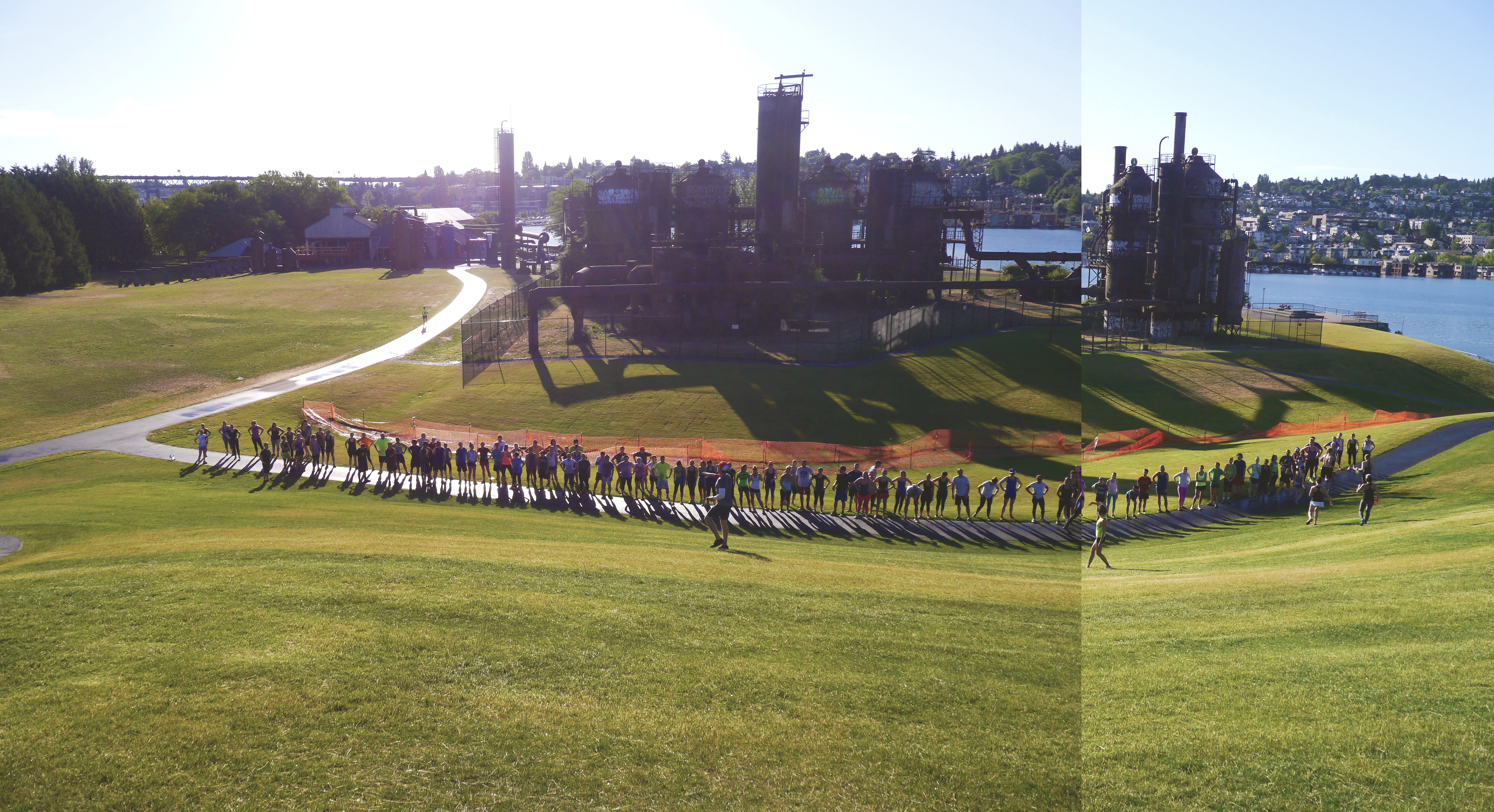 Last week there was a November Project Pop-Up Workout at Gas Works Park in Seattle. It was promoted as a free, community gathering that would be co-lead by NP DC’s very own Kaelan Dickinson and yours truly. On the day of this epic gathering there were well over 125 who decided to rise, shine, and try something new with many people they didn’t even know.

The workout was hard and the hills, burpies, hoisties, and even the surprise sprinklers (that came on midway through the 30 min session) were relentless. When it was all said and done we’d shared a sunrise, a crap ton of smiles, and new connections were made in a city known for her social FREEZE.

Starting tomorrow there is a small group that will be pledging to create a November Project tribe that will hopefully join the family by the end of the summer. These core NP people are going to live for the next 8 Wednesdays under a code name and build something on their own without simply waiving the NP banner. If you’re interested in joining this core group that is building something amazing, follow “#NP_Pledge” and see who, what, and where this will be going down.

We hope that this process proves the leaders and community are the right type to thaw the Seattle freeze. Best of luck Seattle, best of luck.