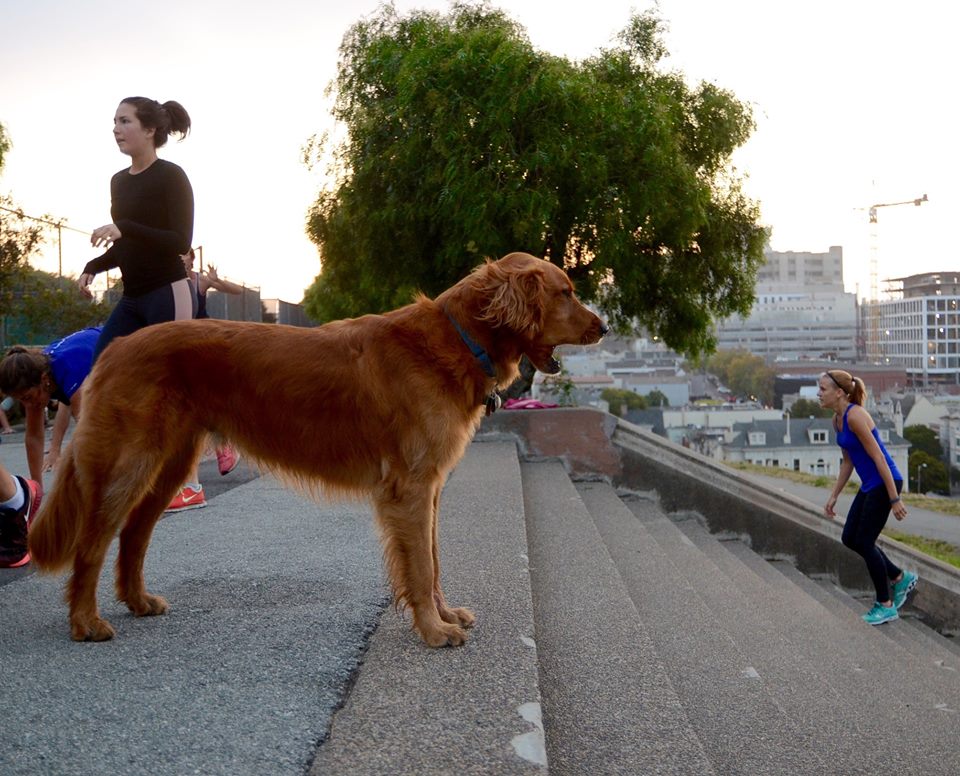 This morning Clayton was left by his lonesome to lead both the #EARLYGANG and #LATEGANG workouts. I guess corporate decided to fly the important leaders to Park City a couple days early to talk about… well shit, I don’t know. I guess that’s why I’m not important. Nonetheless, good times were still had by all- all except for a poor, innocent, basketball playing duck with MAD dunk skills. I’ll explain…

Michael Altman (regular NP-er and owner of a pretty adorable pup) showed up this morning to crush stairs and NOT mention that he competed in the 2008 Summer games in Beijing. Yeah, you heard that right, the Olympics. I only mention this because if I were in his shoes I would probably mention it to everyone I ever met, every second of every day. Heck, I was the high school western Massachusetts indoor track and field mile champion in 2005 and I still talk about it daily… and that was only for one event, in one year in high school, in one third of one of the tiniest states in the union. SO YEAH, my point is if you don’t know Micky Altman (can I call you Micky?) it’s time to get to know him. He’s good people.

Well Micky’s pup brought with him his favorite toy, a small stuffed squeaky basketball playing duck with a jersey that read “Slam Duck.” Presumably because he was the slam duck. So pup and I are playing tug of war for a minute, and then RIIIIIIIIIIIIIIIP. Poor slam duck gets decapitated, never to duck or dunk again.

Not surprisingly, Lydia decided to tuck the headless body of slam duck into the pup’s collar so that he finished out the remainder of the workout like some sort of sick headless duck-dog horseman sort of thing… annnnnnd that was our morning! If you missed it you missed out.

> Katie Kunkle, who showed up to #EARLYGANG despite running (AND PLACING) in an ironman this weekend

> Mitch Westwood and Lillian Lingham (I think… or is it Christina? I never know) for breaking down the workout since Clayton still had to be at work by 7:30am

> Matt Shaar, we love you man

FRIDAY HILLS, for those of you not going to Summit, will be at LOVERS LANE and led by the meaner tweener, Josh Zipin.

One Reply to “RIP Slam Duck”