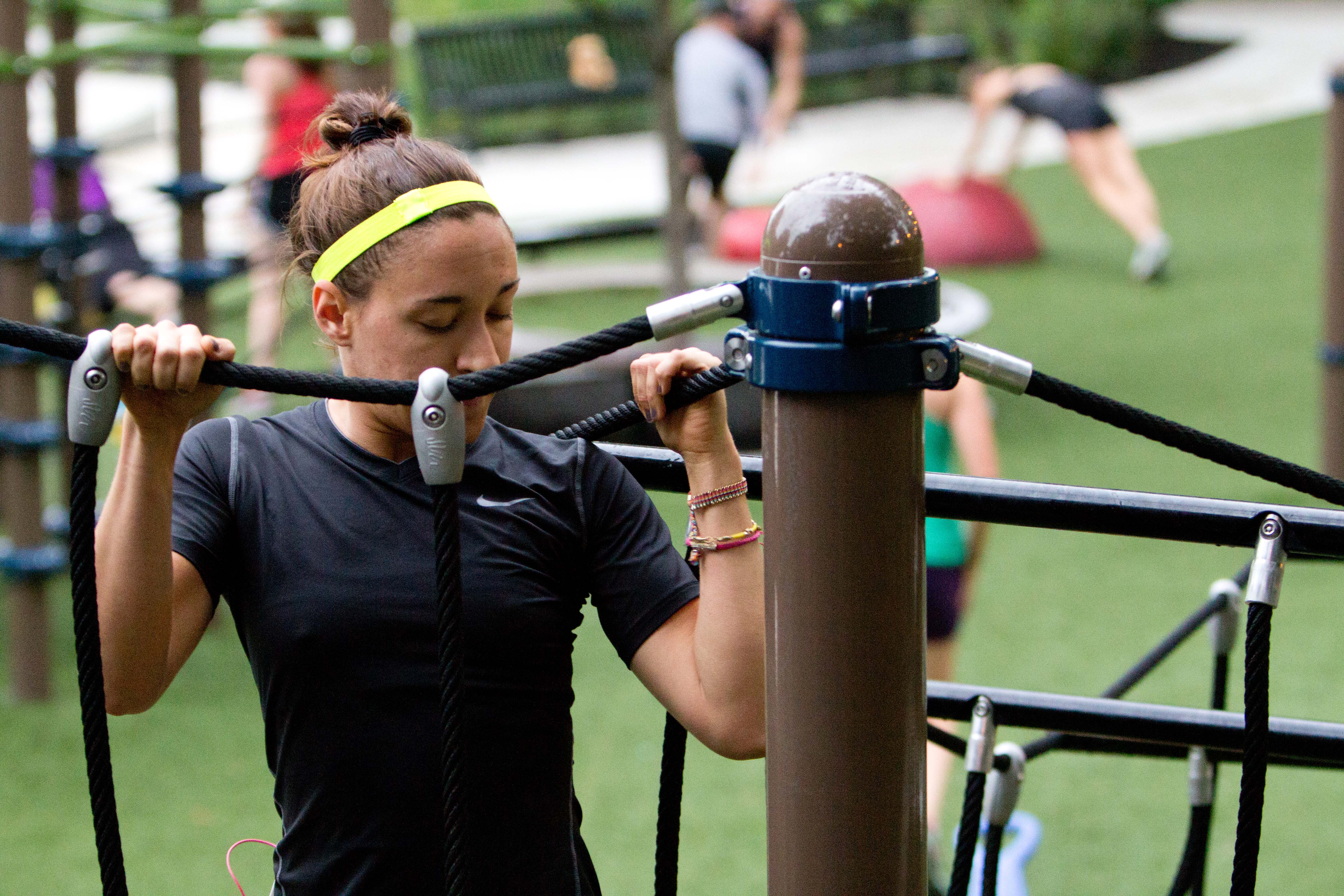 I trained for a marathon on a playground this morning.

Now that that’s out there, here is a disclaimer of sorts for the rest of the blog: I am not a coach; I am not the fastest one up the hill at Meridian; I’ve never won a PR day at Lincoln; I haven’t qualified for the Boston Marathon; one time last winter I put all of my run clothes on at 5:30am only to take them right back off, make blueberry pancakes and watch the Gilmore Girls until it was time to go to work; I don’t even know if I’m using the semicolon in the correct way. So, I’m not writing to tell you what to do, or how to run your fastest race, but I am going to dig a little personally and hope that you (yo) bear with me.

Swim practice and gymnastics were the two things that I was the MOST excited about as a kid. They were both after school, and I looked forward to them more than anything else. You might have had soccer practice, football, theater, field hockey, been a mathlete, you name it – one of us used to do it. Maybe yours was recess. You might have had those mind-blowing days as a kid when your teacher took you outside for an EXTRA recess. Whatever it was, we were hooked. And I’m trying, now, to pinpoint what it was that had us jonesing all day long. Was it the friends we got to see? Was it something innate in the running around, sweating and teamwork? Was it that we had no idea what we were going to do until we got there? Maybe it was a combination: we sweat and moved and got loud with our friends in new ways every single day. Sound familiar?

Somewhere along the way, though, recesses stopped being gifted to us and we had to create or discover our own personalized recesses. For a lot of us, over the last year or two, NP became exactly that.

I came to NP when I needed to breath a little life and a little fun back into my running. As I started showing up, I found genuine, positive, ass-kicking people to become friends with. And now that I’ve been at this awhile, I am, hands down, the fastest, fittest, strongest me that I’ve ever been. It is because, and pretty much only because, of the fun, fit people who kick my ass MWF that I feel totally safe in setting the biggest fitness goals I’ve ever had.

Whether we’ve shouted them from the rooftops or only whispered them somewhere in the back of our minds, we all have BIG, DREAM goals. Goals that feel attainable and unattainable at the same time. My big, dream fitness goal right now is to qualify for the Boston Marathon this fall in under 3 hours and 30 minutes. Here’s the thing though, I plan on getting to that goal MWF with November Project.

Swinging an imaginary bat, trying to jump and hit a basketball net, dodging a moving swing set, sliding down slides and planking ‘until you’re tagged’ are not written into any renowned, prescribed, tried and tested marathon plan. Nor are they in a 5k plan or a 10k plan or a triathlon plan or a ten-miler plan or an ultra marathon plan. And yet, almost EVERY single person at NP this morning had a race or an event or a goal in mind while putting in the work on a PLAYGROUND. And that is so, SO COOL.

If you’re not finding the motivation to show up to a workout, if you’ve stopped by a workout but haven’t joined in, or if you’ve ran to a workout and socialized without sweating, this is for you. If this is the first time you’re hearing about NP, this might describe you. If this is the millionth NP blog you’ve read, this might still describe you. Adding workouts outside of NP is tough. Adapting your workouts around an NP location can be tough. But November Project IS TOUGH, and it’s supposed to be. It is tough enough to make you the strongest you, and tough enough to make me the strongest me. It’ll make you work hard enough to get to your goal – whatever it is. It might make you work harder than you need to reach it, but why not keep busting your ass with the people who pushed you to say, “Fuck yeah, I can accomplish WHATEVER” it is that you’ve set out to accomplish, in the first place? NP might be on a playground, it might be in a parking garage, it might mean you race on stairs twice a week or start your long run at 4:30am only to have some weird-ass starburst cherry blossom jumps at the end. It might not be in a book, it might feel like you’re reinventing the training wheel. But it’ll be fun, it’ll be fast and it’ll be your recess.