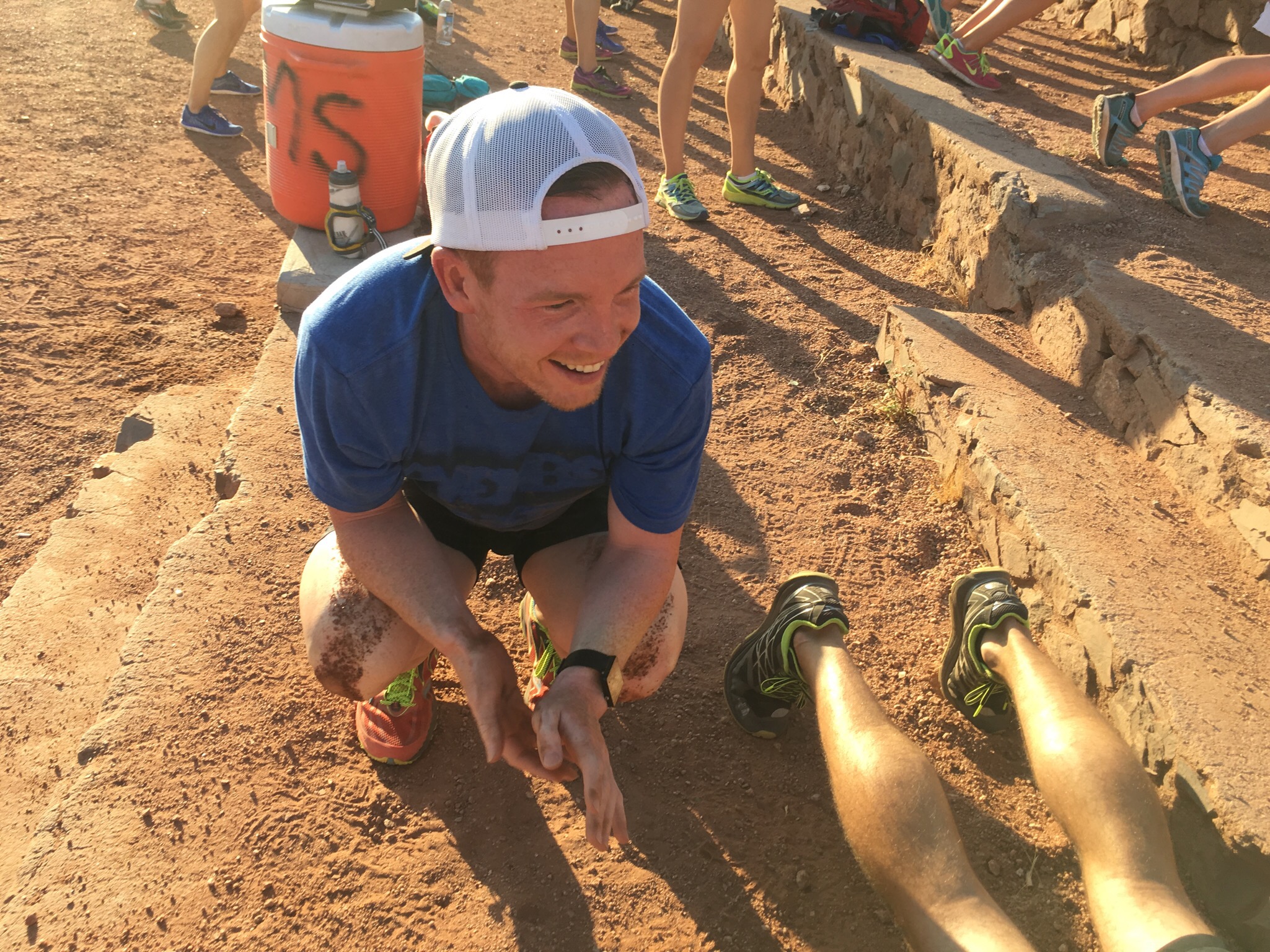 It’s hot. That’s become the common descriptor for our workouts. And somehow we still managed some PRs, despite the the best efforts of that goddamn sun and its nigh-unbearable heat. In fact, Jamil nearly managed to repeat his Herculean sub-11:30 (in a taper week, no less), and #FastAnnie shall henceforth be known simply as Fast after her 15:30.

We are still getting a solid crew out each week, despite soaring temperatures. Is it the fact that it’s easier to get up when the sun is already turning your house into an Easy Bake oven? Is the AC kicking on that effective an alarm clock? (It can’t be; my AC doesn’t stop all night, even though I keep it at 81.) Or maybe it’s the giant mass of sweaty individuals screaming “fuck yeah!” in the crisp morning air. Whatever it is, the tribe still comes in full force every Wednesday.

This week featured a number of newbies, including three traverballing from the Boston tribe. Trang, their enthusiatic leader, crushed a 17-minute PR, earning the much-deserved Crushin’ It award in the process. I hope the sick individual that sent you guys to Phoenix for a summer internship sees that you’re not dead yet and, in fact, flourishing.

Lets do it again next week.