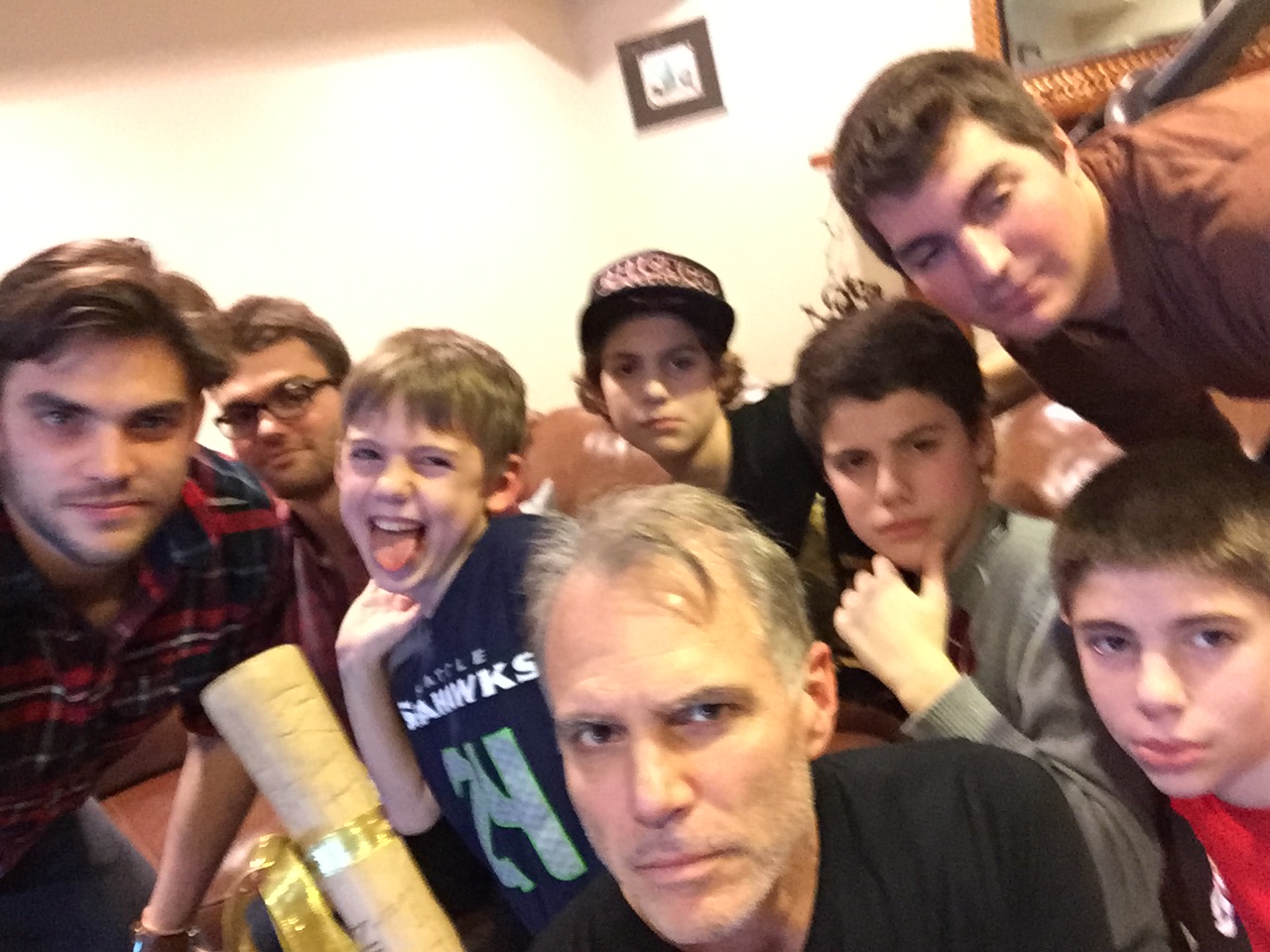 When the #positivityaward is giving out, it goes to someone who has made an impact on the tribe.  Sometimes AFTER, an even bigger impact happens.  Enter Lew “Joe Fox” Leone.

During the week that Christians celebrate the Nativity and all prepare for the New Year I thought it fitting to describe my week with Positivity. First of all it is an awesome award. The finest wood, I’m guessing Pine in keeping with the Christmas theme. Hand-crafted out of an old piece of mast from a sunken ship, let’s call it an Ark. As a founding member of The Wood Club with a fitting moniker (Looney-Wood) while I don’t want to get too sappy, I must admit it was something I desired but hardly deserved. A sturdy stick without varnish but nonetheless a totem of hope. The Positivity Award truly has special powers. While you possess it, if anything should start to go south, all you have to do is go with the grain, picture the PA stem in your mind which will bring a smile to your face and then nothing can stop you. So many positive things happened this week. I was able to share the award with two of my man crushes Gary Vaynerchuck and Ray Maker who both laid hands on it in my office.

My wife, Mrs. Joe Fox, embraced it. My kids who want me to shut-up about November Project thought it was cool. With all of the attempted etchings on the branch the only things I could make out were “Mile 7” ” Mile 14″ “ESCNY2014” and “Liysa” which is just perfect because it must mean that only those who are worthy can imprint upon the staff. One son came home from his first semester in College with outstanding grades and the other sapling was just offered a new job. While we had to move our holiday celebration to the Grandparents house due to my wife’s illness we were able to maintain the positive vibe as we embark towards the New Year with renewed positivity. As the acorn becomes the mighty oak so has November Project sprouted and grown tall and strong, adding rings and bearing fruit along the way. So how fitting that the most positive thing happened at our Festivus workout when Dan announced that his seed had taken root and we will be blessed with a new home grown member in the truly organic fashion, or as some would say “the hard way”. I am so thankful for our NP family, for our great leadership, for all of you real people in this concrete jungle. Thank you for awarding me with this superior splinter it has been an honor and I would give life and especially limb for all of you.