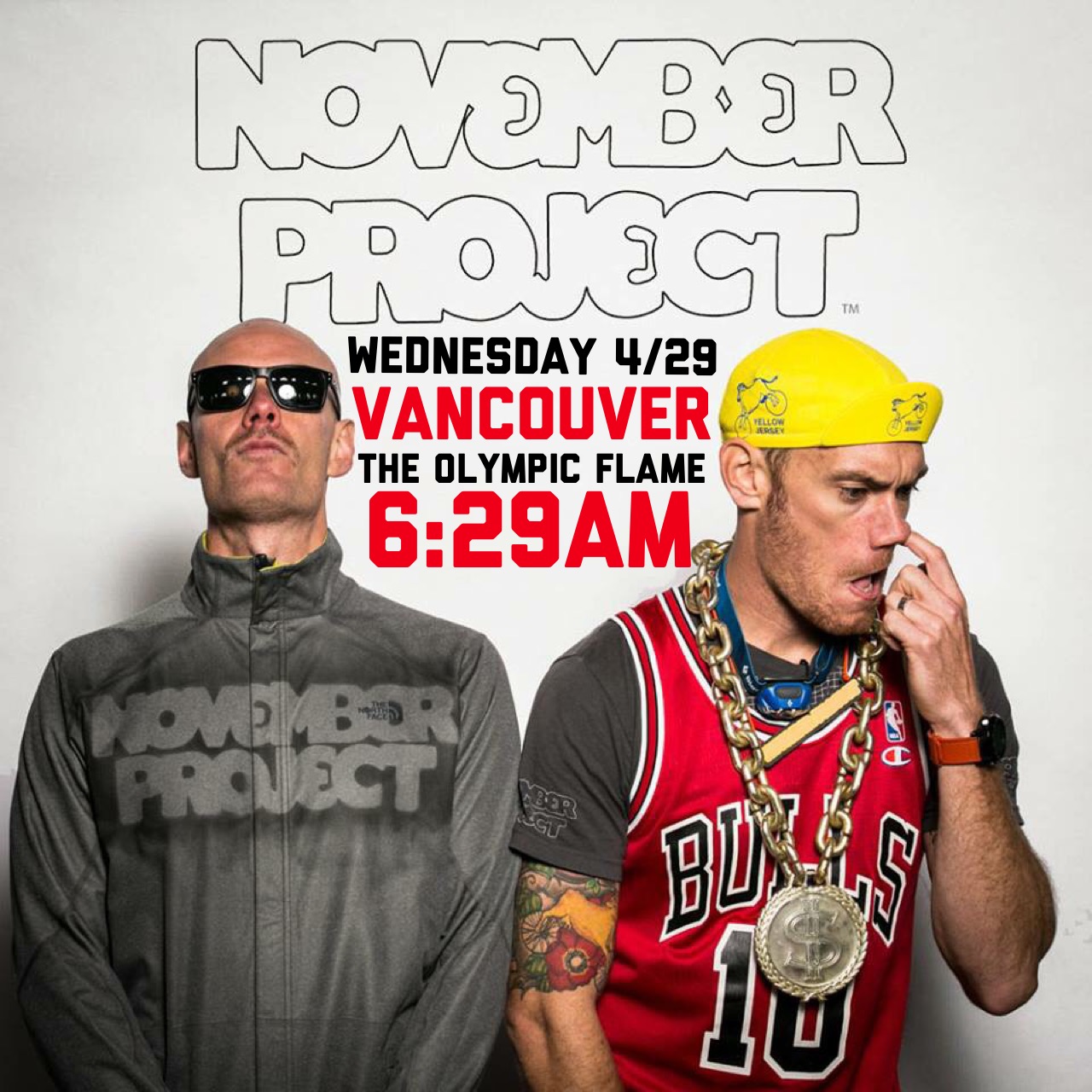 Here’s the deal: We have a famous friend and his name is Andrew Ference. He plays hockey as a way to pay rent and buy food. He skates, he skates backwards, he sometimes uses a puck, he usually wears pads while holding a hockey stick, and he generally gets shit done. As the captain of the Edmonton Oilers (though many of his fans back in Boston are still in denial that he’s actually gone), he knows how to lead a mob of athletes. As Andrew and his perfect haircut both stepped up in early 2013 to build November Project Edmonton, we all had a strong feeling that this was just the beginning of the “AF Reach.” This week, in thee VERY different cities, Andrew, the Co-Founding Fathers of November Project, and the badass Co-Leaders of November Project New York City, are going to attempt to make even more noise than usual. So, read the details below and hold onto your PRINT MEDIA, because this shit is going to be wild… and fun… and fierce… and FREE.

Below are the stops for these fire-starters and the movement that has already reached 19 cities in North America:
VANCOUVER, B.C.
(Yes Americans, this is a place in Canada, and NO, they don’t have snow right now)
Wednesday, 4/29/15, 6:29AM at The Olympic Flame. Brogan “BG” Graham and Bojan “Popular” Mandaric (the big deal Co-Founders of the November Project movement) will host a high-flying Pop-Up workout in hopes to build an official tribe later this summer. If you know leaders, athletes, or anyone looking to move by trying something new, show up on time and ready to go. Bring a blank shirt if you’re interested in getting tagged after the workout (See #GrassrootsGear for what that actually means). MAP of location.

WHISTLER, B.C.
(Again, a place located inside the country known as Canada).
Wednesday, 4/29/15, 6:29AM at Lost Lake. Join Andrew Ference as the solo leader for this unique Pop-Up that you’ll never forget. Your recruiting will help him feel badass during the off-season and could be the reason that we are able to build an actual tribe in Whistler (to join Edmonton, Calgary, and Winnipeg in the Canadian NP family) after the circus leaves town. So show the heck up, recruit your butt off, or whatever polite motivational language you need to hear. MAP of location.