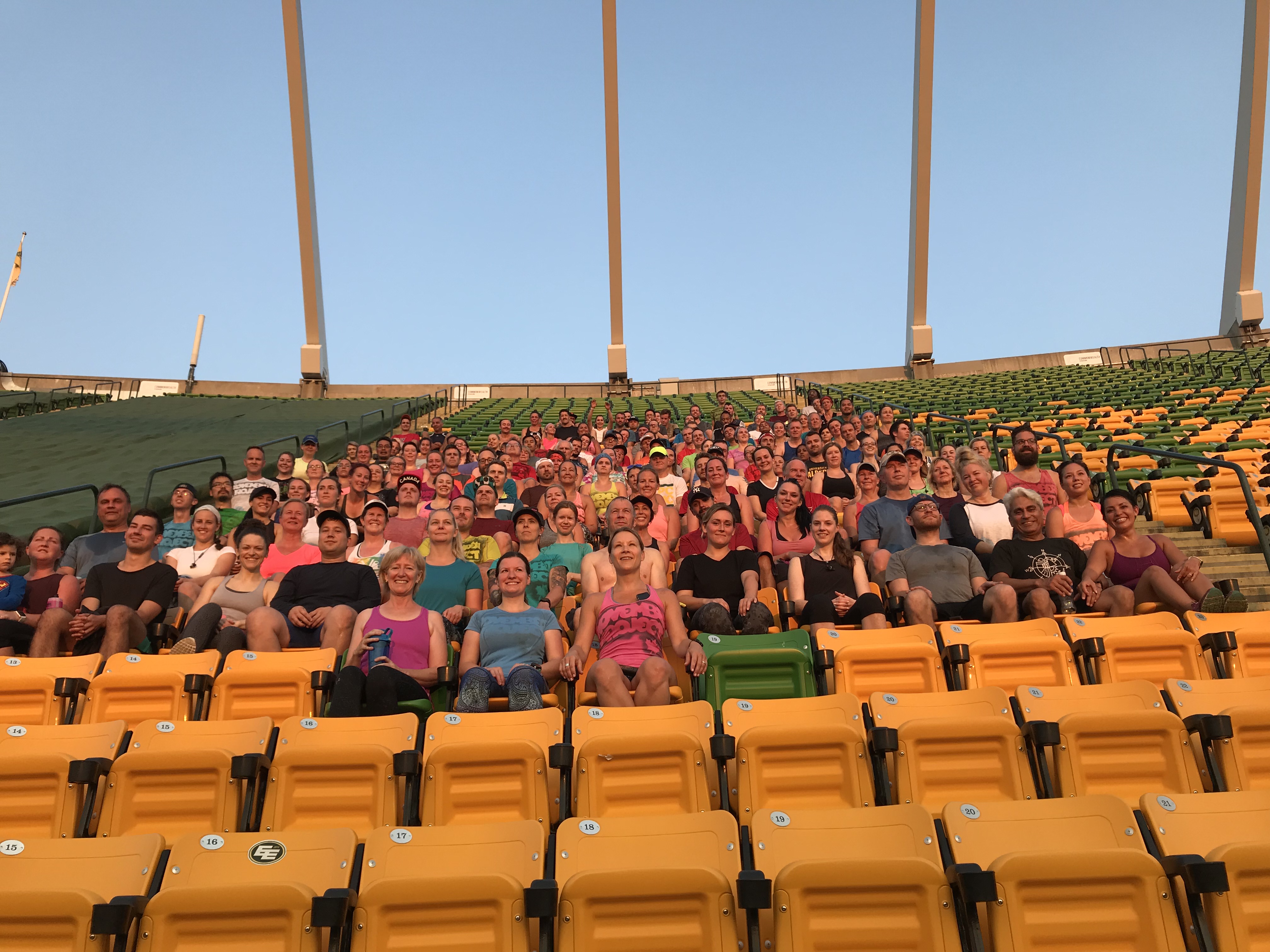 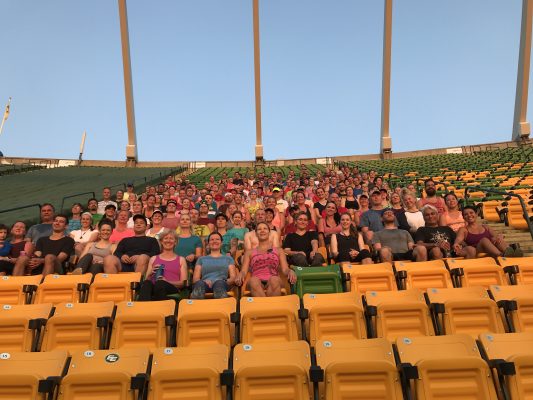 What was with that “P”-“SOUP” bounce this morning?

Like we said, trust us, there was a reason, albeit a weird reason.

Have you ever considered swapping out your race day breakfast for a warm, steamy bowl of pea soup? While most of us have a pre-race breakfast comprised of oats, maybe an electrolyte drink, and for some of you a yucky banana, one of our most seasoned marathoners swears by kicking off his race day with pea soup. Odd, yup, but it’s pretty hard to question someone’s fueling choices when he has 99 marathons already under his belt! When I’m in small towns in Alberta I seek out the local candy store to find treats (sidenote: if you haven’t been the to Nanton Candy store you are missing out!). When Ken is in small-town Alberta he’s on the lookout for cans of discontinued Campbell’s French Canadian Pea Soup! We have decided to give up on the performance-enhancing doughnut sponsorship and are going to start a campaign to bring back Campbell’s French Canadian Pea Soup, hence this moring’s bounce. “P-SOUP”–“P-SOUP”-“P-SOUP” Let Ken have his P-Soup! (Read more about Ken’s pea soup adventures here.) Ken will be sitting down to some pea soup early Sunday, August 19th as he preps for his 100th marathon! Can you imagine…100 marathons!!!

I know that many NPers will be toeing the start line at the Edmonton marathon – running the full, half and 10K races. If you aren’t racing and would like to cheer on Ken as well as all of the others people you run next to, visit with, high 5, and share sweaty hugs with every Monday, Wednesday, and Friday, we would love to have you join the cheer party along the final stretch of the course at 111st and 102ave – outside of Panther’s Gym. Break out your white or red grassroots gear and bring your energy!!

Speaking of grassroots gear, as announced this morning (by the way, great job on the stairs this morning…it was a hot one and you all crushed that lower bowl -> upper bowl challenge), we will be tagging tops Friday morning. Bring 1 light/bright coloured top to the hill Friday and leave with a paint fume infused piece of grassroots gear. If you are able to be a part of the tagging crew, we need about a dozen peeps, that would be awesome!

Oh, one more thing…if you have been following the “corporate” November Project instagram account you’ll have noticed that there’s an NP contest open to all tribes. We’d love to have an NP Canada winner. We have a pretty solid track record of NP contest winners from Edmonton, let’s keep that streak alive! Here are the details.