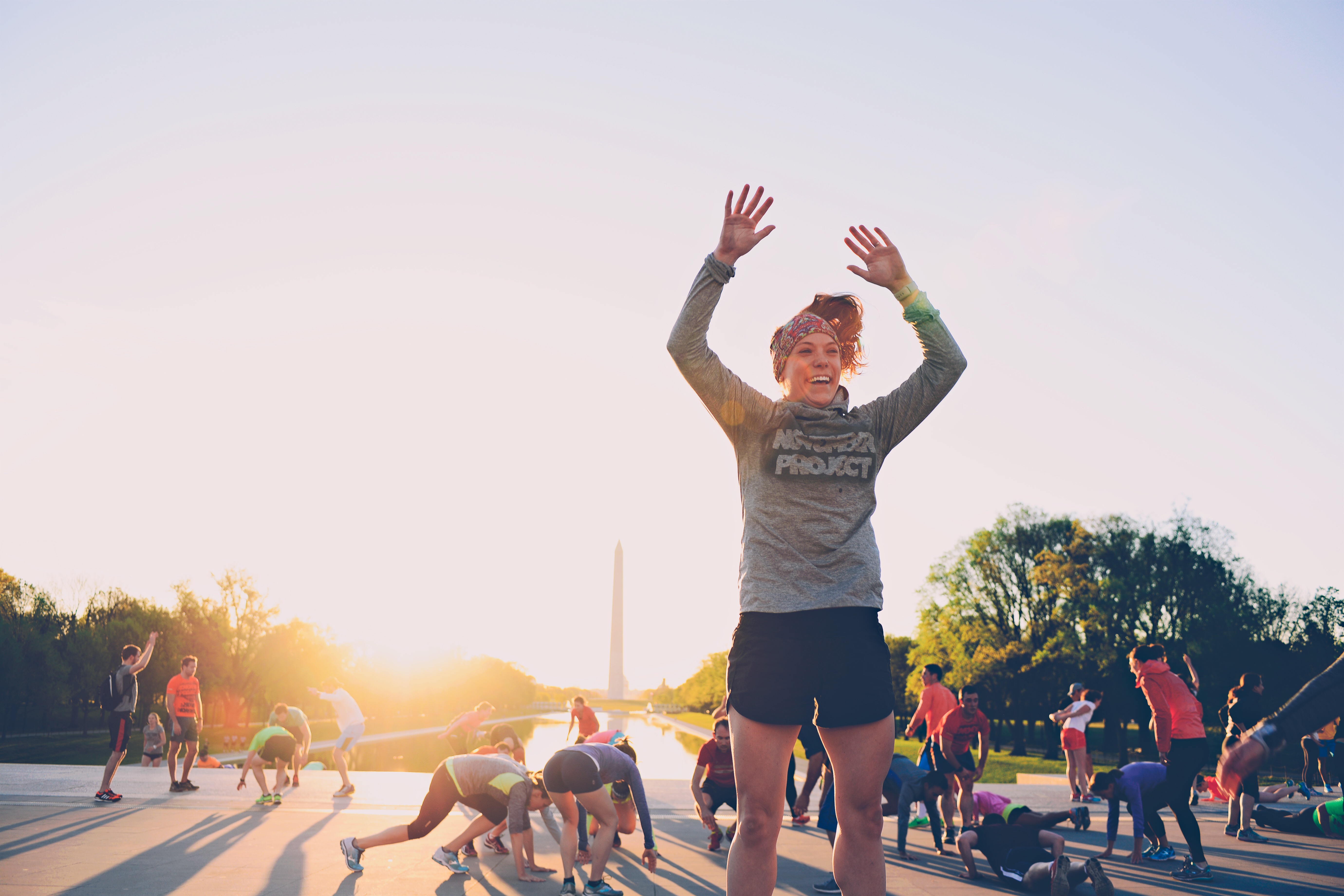 November Project DC has been working out on the stairs at Lincoln Memorial for over 2.5 years. We’ve had minimal disruption to our workouts – we’ve, occasionally, been asked to not run the steps, either due to weather on a particular day, or at the discretion of the officers on duty. We’ve always listened, and moved or adjusted the workout as needed. Very frankly, we’ve been here for 2.5 years without a permit to do so.

When Good Morning America was here filming our Wednesday workout, GMA had a permit to film, which included a permit for us to workout, but not run on the steps. There were NPS officers on site to enforce the permit and when asked, the officers saw no problem with us running the bottom set of steps. So we ran them. On live TV. The NPS permitting office saw us running the steps on TV and called us in for a meeting. We had that meeting Wednesday after the Sunrise 6k. We’d now like to, fill you in as best we can, on what happened. (We said some of this, this morning – but the fountain was loud and our explanation was short.)

We’re not sure what the best way to go about this is. BUT, that we feel it’s important that when we sit down with NPS, they know that they’re not just talking to Steve and myself, they’re talking to all of us. We’re a community with roots and wings and arms – and, with that idea, we’re going to be as transparent as possible, so as to best use our proverbial appendages.

NPS was kind and welcoming. They’re doing their job and we are fans of everything they’ve provided for our city (including most of our workout locations). This was truly a discussion, and we didn’t feel like kids getting in trouble. NPS likes us. They think what we do is good. But, BOTTOM LINE, for NPS, we have to follow the rules, and following the rules means that we have to be under a permit. A permit would cover both when and where we can hold our workouts – and in some cases what those workouts entail. The permit would cover areas that lie under NPS jurisdiction – specifically, Lincoln Memorial (Wednesdays), Meridian Hill Park (Mondays), and a huge number of our Friday workouts. NPS would look out for us in ways like giving advance heads up when other things like a presidential inauguration might interfere with our set times/places.

As for the what/where terms of the permit as it would apply specifically to Lincoln, we’re unsure. We don’t know yet if stairs are entirely off the table, or if some or most are still on. That’s where, we think, this truly becomes a group effort. I can honestly tell you, that the thought of not meeting all of you at 530 am and running the stairs Wednesday morning SWIFTLY caused me to sweat out of my eyes. We’ve heard some of your stories in person, by getting to know you, and in the blog. There are a lot of us. And we don’t know every story, but we do know that each is important to who this tribe is.

What should I do?

One Reply to “NPxNPS (DCA)”