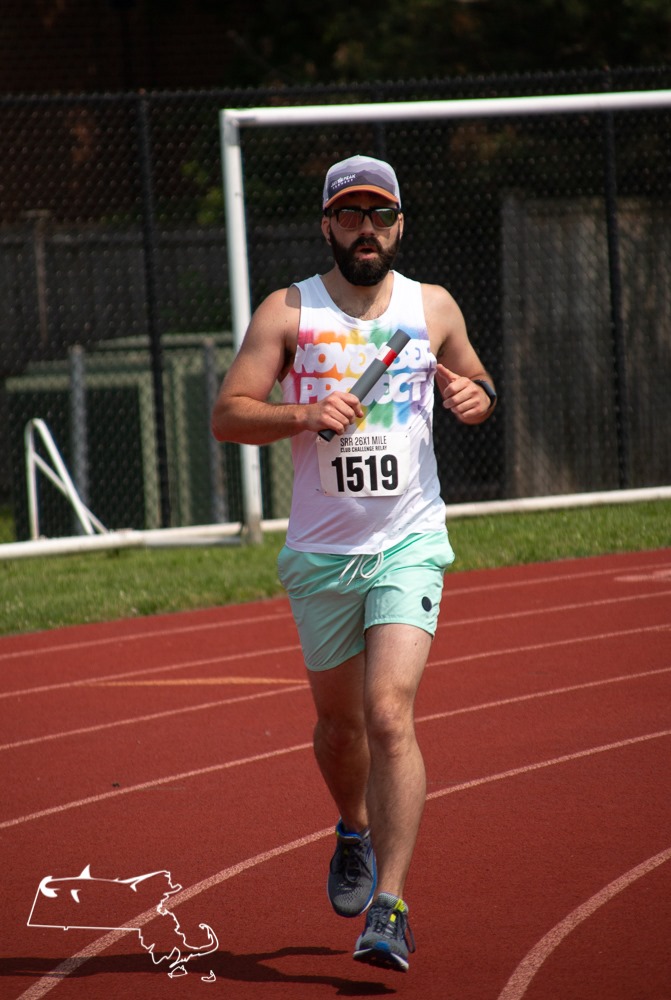 This is the 4th installment of the regular feature on NP_BOS blog called November Project People (NPP). NP members interview other NP members, and we all get to know each other a bit better. #community

Born in Boston, Mike has made the rounds in Massachusetts. He grew up in North Attleboro, went to college in Worcester and grad school back in Boston, has lived in a few places in the greater Boston area over the past several years, and landed most recently in the South End. While he may be a Baystater, he’s also been around the block and around the world. As a junior in college, Mike spent a semester in Namibia assessing the water infrastructure of an underprivileged region, learning about the challenges people faced to access water from the city.

In his teens, Mike played bass in a band. As an electrical engineer at BOSE, Mike mixes math and music in the intricate world of digital signal processing. His job has also given him some fabulous travel experiences, including stints in Thailand and the Netherlands.

So how did Mike zero in on November Project? Looking for a way to get back into a fitness routine, he googled “outdoor workouts” and, despite not being a morning person, decided to give NP a try. He came to one workout, then another, and another. He realized he actually could do this early morning thing and went straight from zero to full time! Mike loves the energy and irreverence. He loves how welcoming the community is and that the workouts can be as hard and intense or as easy and laid back as you want them to be. Clearly, Mike is high energy and all in for the workouts! He’s also got a megawatt smile and a ready word of encouragement for everyone. What’s changed for Mike since starting work out with NP? He feels better, his fitness level has improved, he’s running faster – in fact he can now almost keep up with his fiancé Lauren, who will be his wife by the time you read this! Mike loves getting outside in the morning and starting his day with an endorphin boost, hugs, smiles and high-fives. Being part of NP has all the perks of being part of team – he especially loves “repping” the team by wearing grassroots gear when he runs races. When he’s not working out with NP, he loves to snowboard – especially in another M-state… Montana!

Even though he has lived in Boston for the better part of a decade, Mike says his involvement with NP makes him feel much more like a citizen of this city. He feels a deeper connection to the many and varied places upon which he has descended for Monday Destination Decks, as well as to people from other walks of life.

When I asked Mike to share one thing he thought might surprise people about him, he said he is older than you might think. While often mistaken for a 20-something, Mike is, in fact 35. (Truth be told, I had him pegged for early 30s.) Speaking from my late 50s, I’ll just drop a Mark Twain quote right here and say, “age is a case of mind over matter; if you don’t mind it, it doesn’t matter!”

NEXT MONDAY 12/16: will be in front of the Charles Hotel in harvard square. 6:29am. Map right HERE. #JustShowUp for festivities.

WINTER WOahMAN SERIES ON FRIDAY 12/13 at 5am. Read more about WOahMAN in this blog. Just show up, or don’t, but maybe do. And definitely ALSO show up for the 6:29am hills workout.