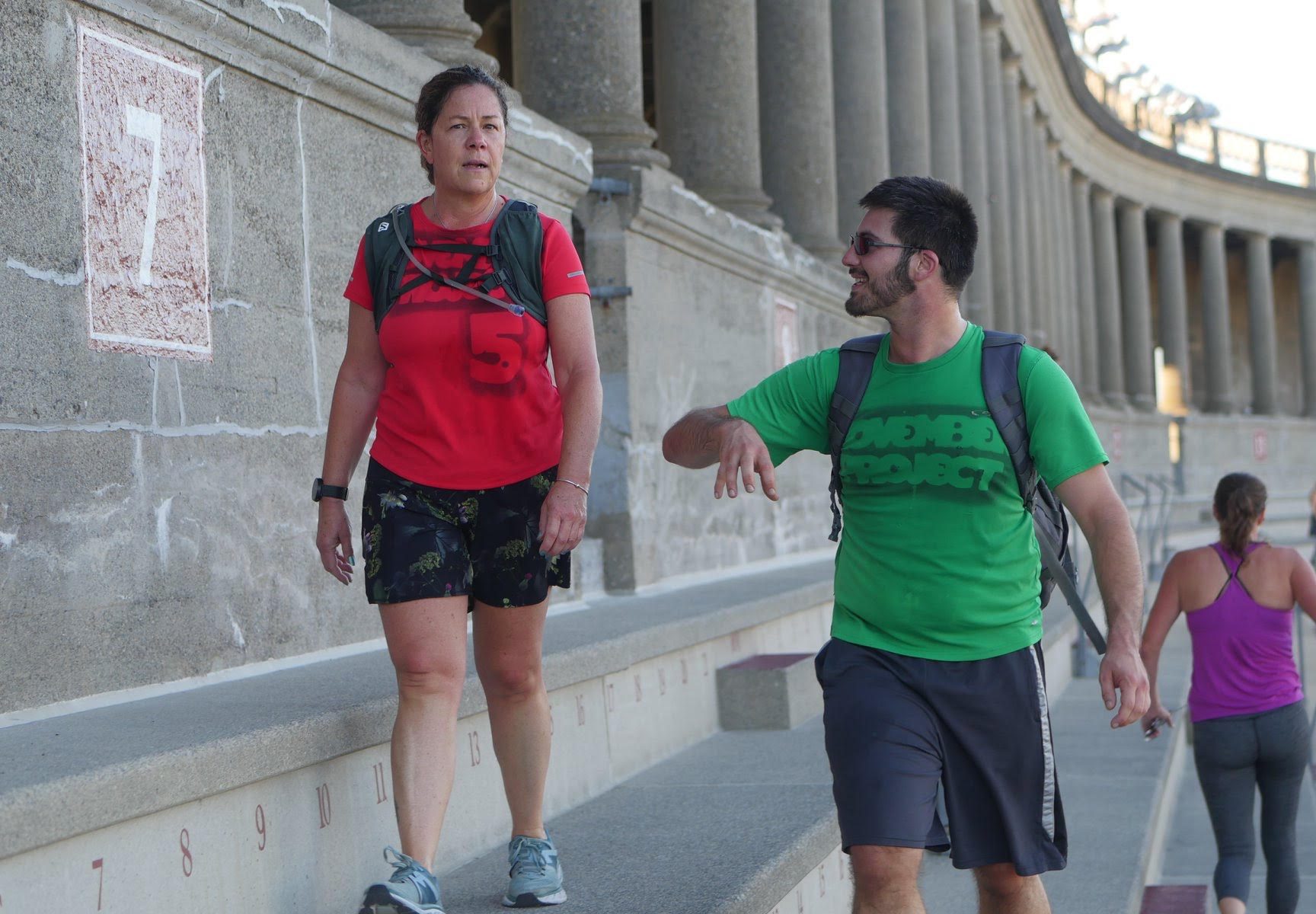 This is the 7th installment of the regular feature on NP_BOS blog called November Project People (NPP). NP members interview other NP members, and we all get to know each other a bit better. #community

My interview was with Ken Gareau. He is an awesome human, incredibly funny and although he says he is anti-social, I don’t believe it. I don’t remember how or when we stuck up a conversation and started to get to know each other. I think it had to do with me overhearing that he was climbing the stairs with an injury, with a backpack full of rocks or something. I probably commented on that not being a good idea and that he should take care of the injury and thus began our friendship. Ken is one of those people I may not see at the beginning of a workout but he always seems to appear when I am struggling and then will encourage and goad me to keep going, daring me to get to my goal for the morning. He doesn’t allow me to make excuses, especially when I start saying I’m too old for this stuff. Nope won’t take that. He is a good dude and I chose to interview him because I knew some things about him but wanted to know ALL things.

As I said he is funny and quite witty. For example, when I said to him, “My first question is…” He said, “What is the airspeed velocity of an unladen swallow?” And when I asked him not to make me laugh while climbing stairs he said, “Why not and you’re supposed to say African or European.” I appreciate a good Monty Python reference.

Here are some fun facts about Ken:

-He grew up in Rhode Island, in Coventry, went to Pennsylvania to college, went to grad school in Rhode Island for Microbiology and Molecular Biology, and then moved to Boston to work – Biotech land.

-He just moved into a new house he bought on his own.

-Works for Editas a biotech company in Cambridge. He likes it, he’s good at what he does and impresses people – seems that he does that everywhere.

-Started coming to NP in Dec of 2013 but came more regularly in Feb of 2014 and comes most often to the Stadium but has been known to come to the random Monday.

-He REALLY comes to NP for my friendship, naturally, but mostly to combat his tendency to be anti-social and now it’s become a habit.

-He is very passionate about Aikido, the other community he is involved with and would bend over backwards for. He likes Aikido because it’s not a competitive sport, you are only competing with yourself.

-He leans toward nerdy and was not inclined to participate in physical activities in his youth.

-At one point, he weighed around 260 and realized he needed to do something to change that, to become more active and so he found his current dojo and within 6 months lost 40 lbs.

-In the process of moving he found an old journal he started in his teens when he started his weight loss first time around. Had a list of things he wanted to accomplish in his life (the impossible list), get your black belt, travel to 5 or international countries, get to a certain pant size, pay off student loans. The list was 15 or more items long, and he has ticked off a number of the things off the list. It was an interesting look at how far he has come!

-Ken was the recipient of the Positivity Award in April 2018!!

-I still don’t believe he is antisocial but he insists he’d rather be with a good book and a cup of tea than with other humans. NP made him more of a hugger. NP helps his him socialize and meet people he otherwise wouldn’t without this community.

The only other thing I can say is that I am very glad Ken is here, shows up and gives me crap on the regular! 🙂

NEXT MONDAY: (1/20) We’ll have our regularly schedule Monday 6:30am workout HERE at the free fitness park in Seaport?! what. Yes a free fitness pahrk kihd.

ML6k8 @ 8 :(1/20) Having trouble deciphering what that says?! Let me help you out. We’re having our annual 6k buuuut this time it’s on ice (sk8) at 8am. Just like the epic NP_Winnipeg’s “The Great Skate” on a frozen river in Canada… we’re doing the same thing, except in Boston, on a human-made ice rink. Yuup. #NPonICE. We’re going to take over the rink at the seaport DIRECTLY after our workout at 8am. More to follow . IF YOU HAVE SKATES PLEASE BRING THEM. We’ll be able to provide skates for those that don’t.