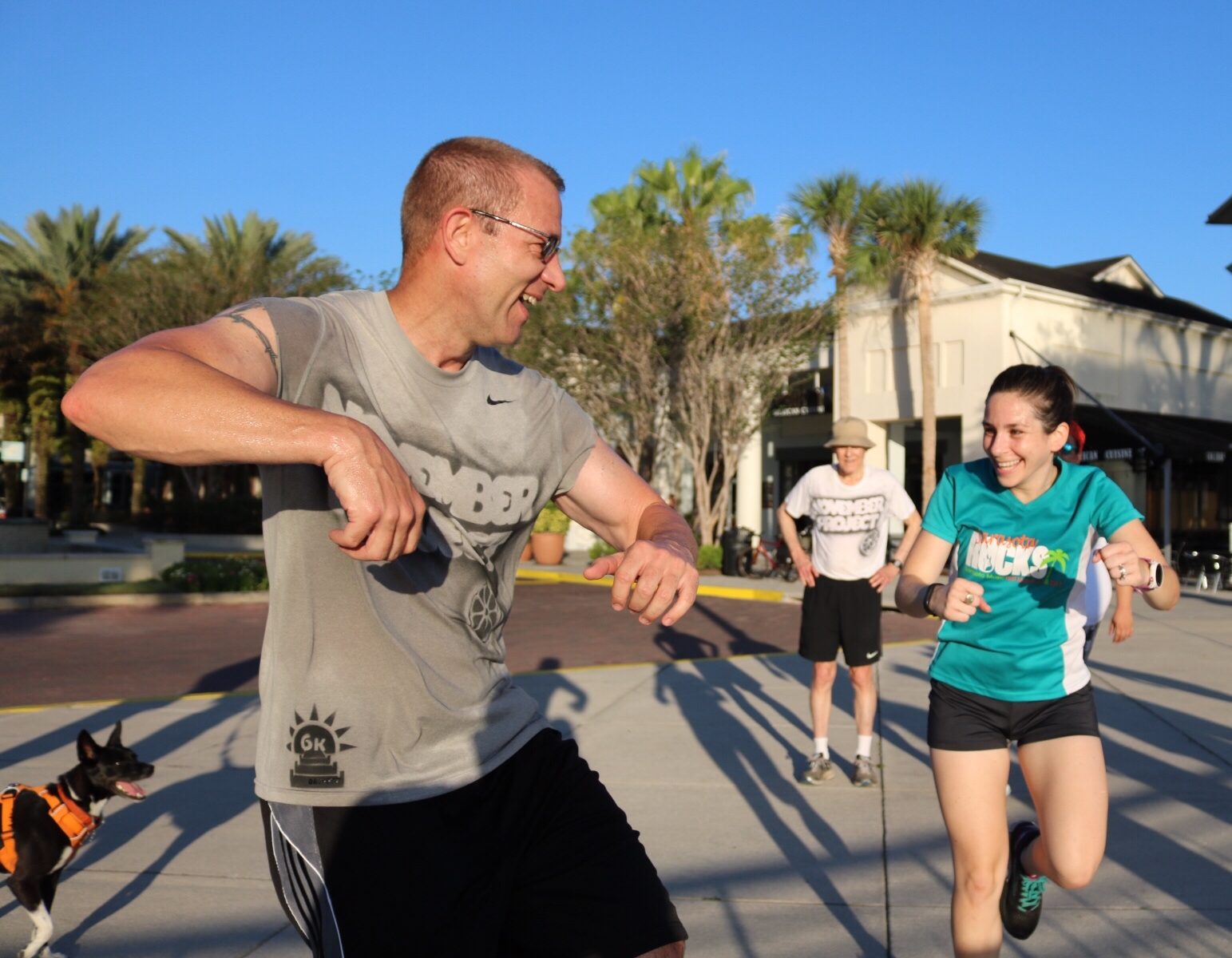 This week we made our homework into class work by getting 22+10=32 pushups out of the way-so we could have fun on the playground with our friends. 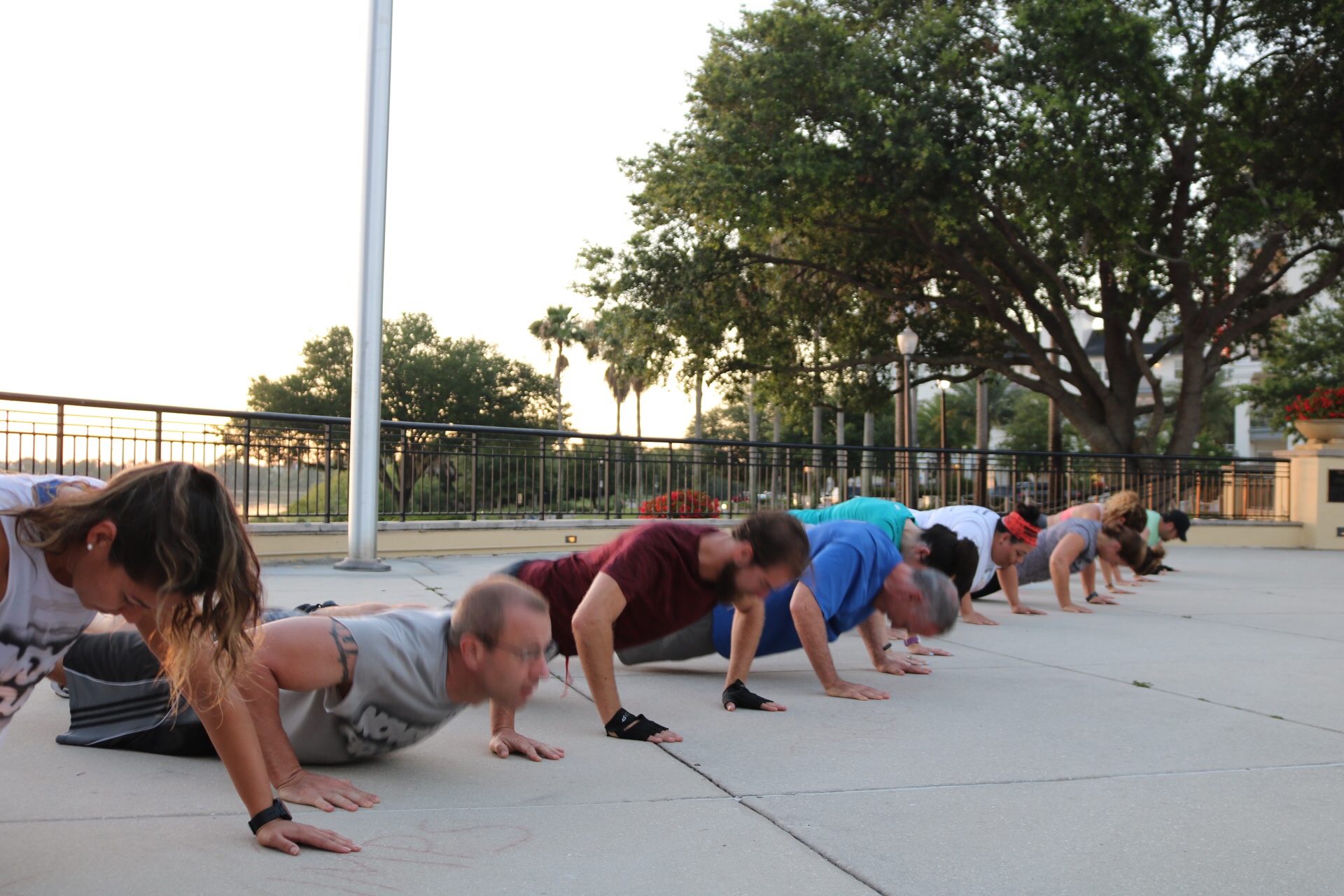 This gem of a workout originated in Minneapolis and had made appearances in Grand Rapids, NYC, and Baltimore before making its way to Orlando. The idea is simple, straightforward and fun while allowing your creative and silly sides to shine through. Partner up with a new friend; one person performs assigned exercise while the other runs, when the runner returns, the fun begins by creating move #1 of their new secret handshake. The new found friends had just begun their journey to something beautiful. They then swapped activities and continued on their journey to a refreshing, newfound friendship bliss. Dozens of squats, dips and lunges later, they had a new bond with their new bff, as well as their very own handshake that each pair demonstrated for the rest of the group. 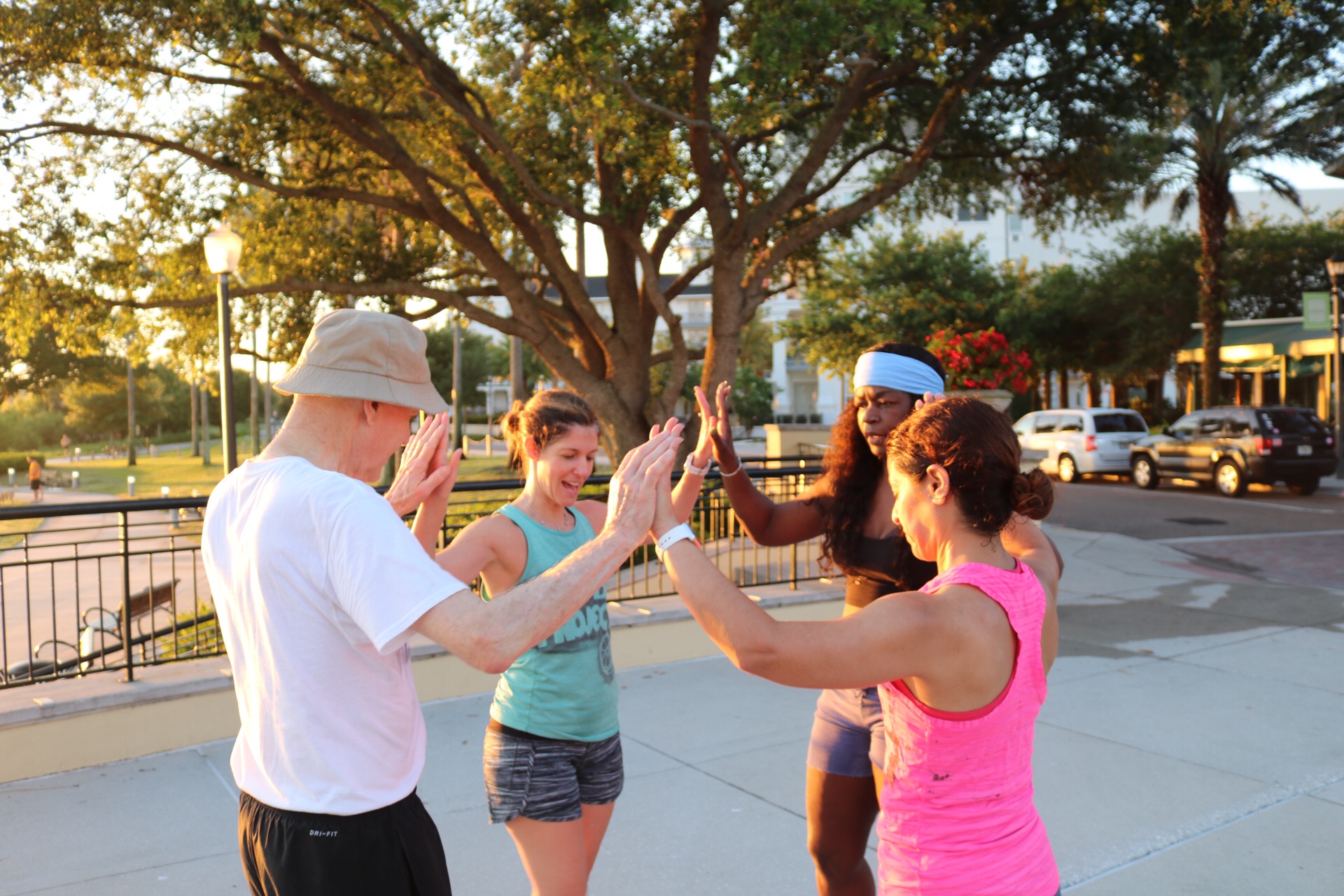 An enthusiastic round of applause had Erik and Chelsea brushing off their shoulders in a triumphant Round One victory. The second half of recess had everyone making a new friend and an inventive new shake. Lara and Todd’s smooth moves including the running man, the Carlton and some persuasive pelvic thrusts won the crowd over as they were hailed as the title holders of the first NPO handshake shakedown. 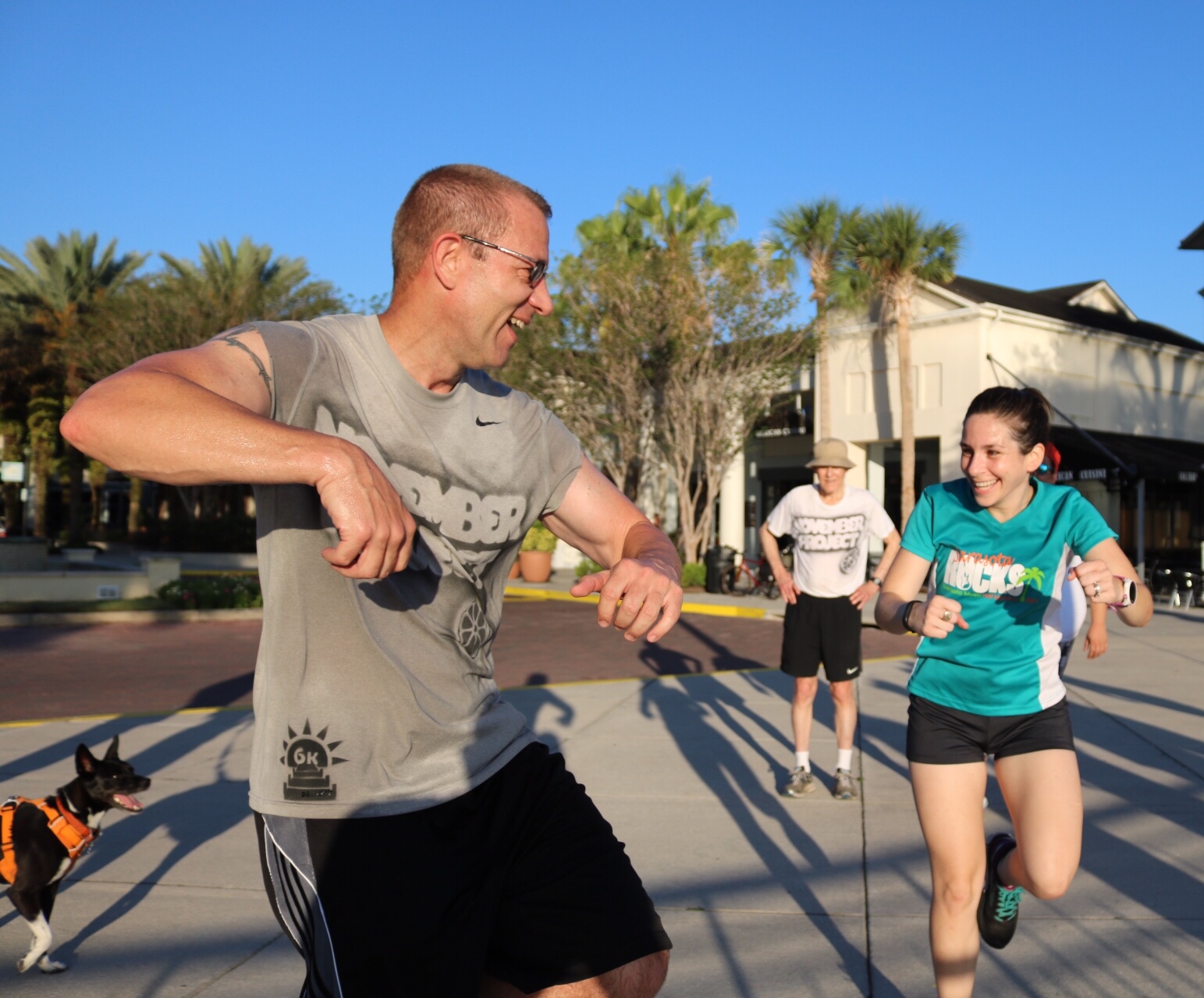 Their grand prize was a choice between a Roxanne, Sebastian, or Bazzi burnout. You don’t turn down a Bazzi when the opportunity is presented. 16 burpees and a fast lap later, the tribe proved that they are excelling at their challenge to better their burpee technique, and can’t wait to relay those improvements to the Headmasters. Solid work, students.