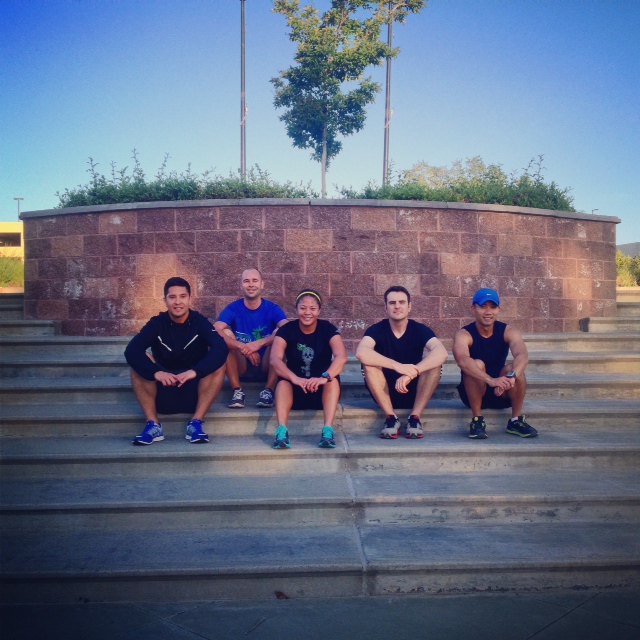 Due to some lame excuse of freeway construction that is backing up traffic and causing for an added 40-60 minutes of commute time, co-leader Chris wasn’t in attendance for the second week. There our calling out of a co-leader.

Now to the good stuff … For the second week in a row NP_SMF met up at the River Walk in West Sacramento. Co-leader Haley got a new toy (a Garmin) and was eager to show it off to the group which created a stir. Apparently, the Sacramento Tribe is a bit on the geek side, but who isn’t. After the sharing of awesomeness, the real awesomeness got started.

Haley created another badass workout which involved a warm-up run around the lap, then went right into some sprint, wall jumps, burpees, and push-ups. After a series of sets of these being repeated, the group ended with another lap around the park to cool down, aka another moment for Haley to show off her new watch.

While all this heavy breathing and pouring of sweat was going on, there was a seal somewhere around the river area trying to out breath the group. If the seal wants to jump in on the fun, and join #NP_SMF we are welcoming to animals as well. Another dangerous moment during the workout occurred when the group was hissed at by geese, apparently mama geese don’t want people too close to their babies.