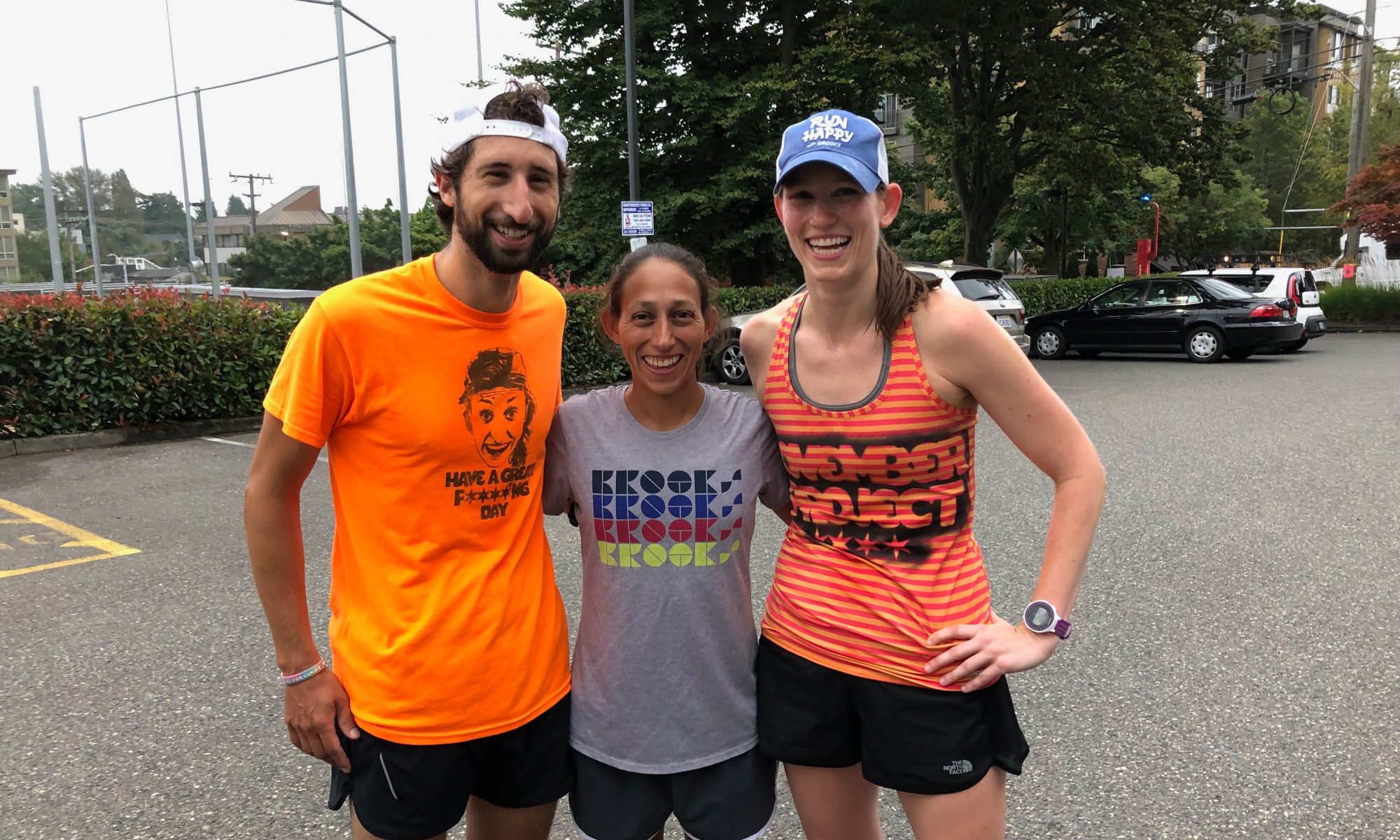 If we could summarize our first ever Meeting of the Minds in one word, it would be influential.  We spent 4 days in Seattle with over 100 of the most caring, open, generous, hilarious, LOUD people we’ve ever met.  These co-leaders represented 50 other cities across the world. Read that again: across the world.  Serbia.  Canada. Amsterdam.  Malaysia. France. USA.  Iceland. Hong Kong. United Kingdom.  November Project is a global movement. We’re excited to take everything we learned back to our city, and keep building the Chicago community.

Wednesday evening consisted of a meet and greet at a local brewery as co-leaders arrived. Then we officially kicked off on Thursday morning with Olympian and 2018 Boston marathon winner Des Linden on a fun run.  She shared several inspirational thoughts to the group. Her motto is keep showing up. Sound familiar? The rest of the day was spent with our incredible partners, Brooks Running, at their headquarters. Jim Weber, Brooks Running CEO and NP Seattle member, talked to us about the company’s history (did you know they’ve been making shoes for over 100 years?), and company ethos. Members of the Brooks team took us through their shoe design and testing process, helped us understand the different types of runner identities, and highlighted Brooks’ efforts to minimize their environmental impact while creating positive social change.  In the evening, we participated in a NP comedy hour and a dinner cruise–zero fun was had so we’ll spare you the details. Oh, and Des was there again, too.

Wisconsin notes:  Brooks makes sense as a partner of November Project as they share similar values, and we learned a bunch.

November Project Seattle hosted a hot like lava workout at Gasworks Park on Friday before we headed indoors to take a deep dive into some heavier issues.  Before attending MoM we had been given some reading assignments and surveys to get us thinking about topics like inclusivity and diversity, and how to incorporate a call in culture (instead of a call out culture).  Together we discussed our social identities and privilege and got a little vulnerable.  We talked about sexual harassment, and, in case it hasn’t been said, there is a zero tolerance for that.  We heard some truly inspirational stories from co-leaders doing amazing things in their communities. It was a great opportunity for the two of us to listen and learn.

Wisconsin notes:  November Project builds community through the vehicle of fitness.  It is for everybody and every body. It is important to recognize that an individual’s most important values aren’t always visible (such as gender identity, ethnicity, sobriety) and we all need to work against the impulse to make assumptions.

The rainy Saturday morning didn’t stop some co-leaders from participating in a yoga class during a downpour, or learning ZUU Fitness from our friends in Toulouse.  We attended November Project University and took lessons from the best of the best co-leaders in bounces, recruiting, tagging, basic exercise physiology, and even handing out the Positivity Award.  Upon graduation from NP-U we headed to the Golden Gardens Park to celebrate our matriculation.

Wisconsin notes:  Tags will be crispier, bounces will be snappier, and we will continue to recruit everyone, while respecting that November Project isn’t for everyone.

And that’s a wrap. Leaving Meeting of the Minds all 51 November Project cities are more educated, aware, and connected with one another than before. We’re back and ready for a lot of exciting growth over the next year. Just show up to the next workout and see what we’re all about.