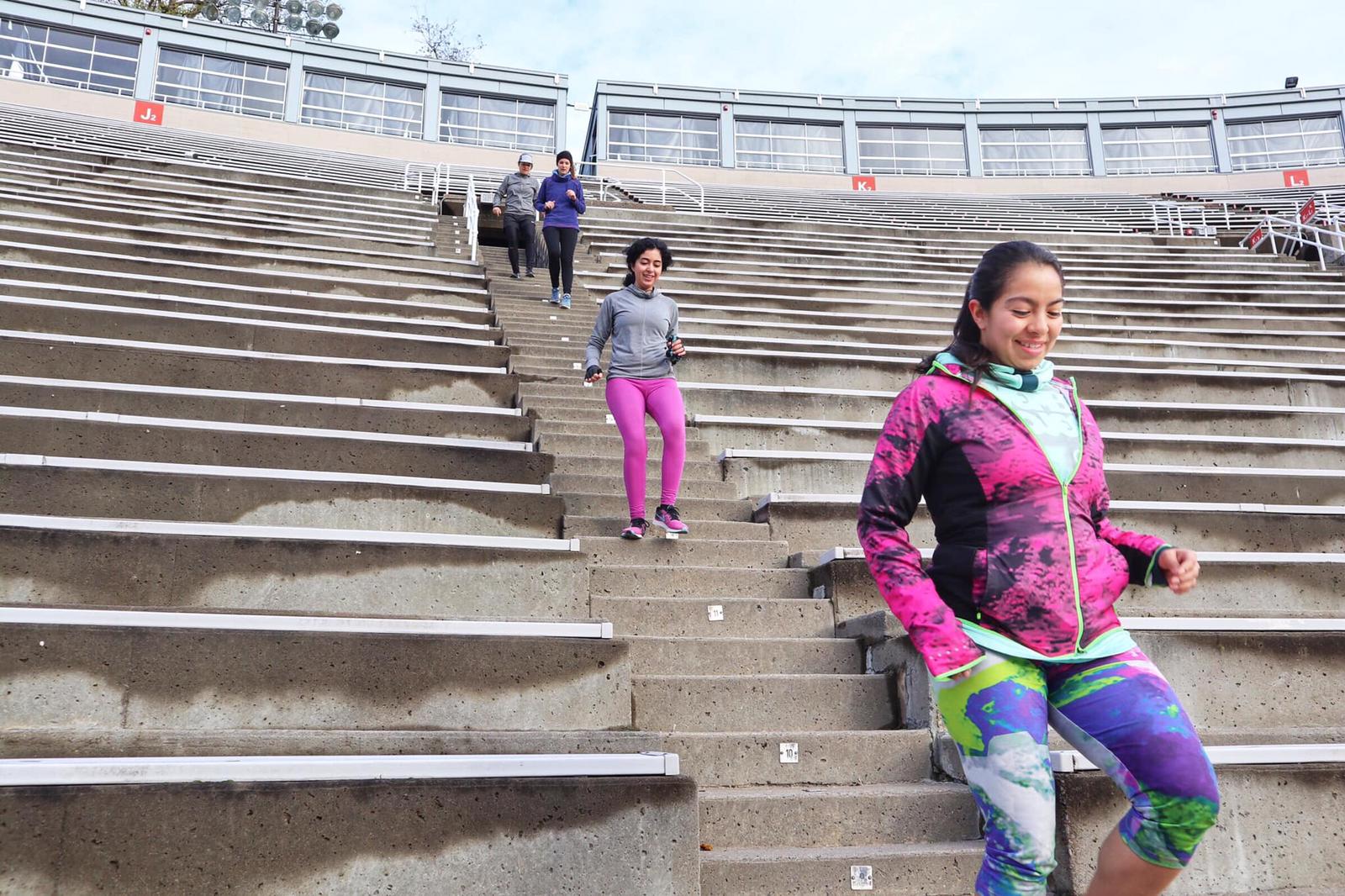 This week, our dear Mehrsa looks back at her experience over the last few months here in Montreal and how we went not believing she would ever look forward to waking early on Wednesday to exercise in the cold to loving it! Enjoy!
– Laurent

I moved to Montreal for my studies, but studying was not the main challenge. Until then, I had always been under the protection of my parents and friends in my hometown. I saw myself surrounded by responsibilities at once in a totally new context, out of my comfort zone. I had to deal with adulthood, immigration, and the tough school programs all at the same time, and most importantly, I needed to step into the new society.

Luckily, the first person that I met in Montreal was my roommate Silvana. In the beginning, I saw how she was also dealing with similar difficulties. I could see how she was homesick, and had a lot of studies at the same time. One thing that made her different some of the other international students around was that she made the effort to spend time outside the lab and the libraries. She was full of joy, a great multitasker and sociable. After a few months, I saw how she was making lots of friends, getting to know Montreal, exercising, and enjoying new activities like skiing and biking. Maybe if I wasn’t living with her, I would have thought that she is just pretending that she is very active! But I could still see that sometimes, she would get homesick, tired, and stressed, like anyone else, but would continue being herself, staying happy and energetic in her own way!

After a while, every Wednesday, her old-fashioned alarm o’clock rang loudly and awakened us at about 5:30 am. I won’t hide the fact that, at first, I was annoyed by the weird alarm sound. She explained to me that she was joining November Project in the Old Port, and she suggested me to join her as well. Back then I thought that the idea was funny and weird. Why should I waste my time, wake up that early in Montreal’s cold weather to join an exercising activity, while I barely have enough time my assignments, cooking, eating and even sleeping? The idea was so absurd that even giving it a try didn’t even cross my mind. I told myself that if I had time I could just go to the indoors gym. I kept on my stressful winter life, studying until late at night, having bad eating habits, putting on weight, getting isolated from the people. I was assuming this was the best approach: working hard and doing my best. But she didn’t give up telling me about the importance of exercising, physical activity and socializing beside the academic life.

Silvana introduced me to her NP friends, and after a while, I was becoming more and more familiar with the concept. But still, it seemed frustrating to exercise outdoor in that cold and freezing weather condition. Eventually, when the weather finally started getting better, I joined the group for my first workout. It was PR day in the Percival Molson Memorial Stadium, and I felt like I was I’m dying. It was a long time since I had last exercises, so my muscles were shaking and my heart was beating really fast. I remember that one of the co-leaders came to me and said that the only important thing is that you are here, so just relax and try to do it as much as you can. It was really nice that the group suddenly accepted me as the other members despite all the laziness and weakness that I showed of myself. Almost every member asked if I’m doing well, if I need help, and they encouraged me to continue even though I felt like a turtle (a fat and sleepy one) among the tigers.

I won’t say that miracles happen just like that out of a sudden. Of course, waking up early has been still really hard for me. Of course, I couldn’t improve my running and exercising abilities all at once. Of course, I got exhausted, a bit desperate and tired again and again. But thanks to the group, after a period of time, during the most challenging winter of my life, I saw myself facing a lot of my fears.

Silvana and Jemal encouraged me to keep on trying and not giving up. They were so encouraging that thinking about them being there, made me stronger and motivated. I was never the best, I was not a runner nor an athlete, but I exercised in minus degrees in Montreal. I face one my fears and walked on the ice. I woke up every week so that I could make it to the Old Port, in the dark and cold. I felt that I was part of a family. Though I was very different from the others, at the same time, I felt that I was basically one of them. We had many things in common, we preferred to see people smiling and laughing instead of crawling into our blankets. We liked it to get pictures with the sunrises and monuments and share it (even bragging about it! 😉 on the social medias. We felt proud to tag our outfit with the November Project logo. We were excited when someone came from another city and had a new story to share with the group. Most importantly, we couldn’t wait to go to a café and grab a coffee together before going to school and work. They always say that Montreal is a multicultural city, but honestly, the real activity that manifested this diversity for me was November Project. When you run and do pushups, you don’t get judged by your background or nationality. You speak with the language of laughter and cardio!

A few days ago I decided to leave Montreal for a while. I figured out that coincidentally, it’s been one year that I have joined NP! Ironically, Silvana was the last person that I said goodbye to. I suddenly felt how deeply I will miss her, her influence on me (and it’s not only NP LOL), seeing people like her every Wednesday morning and making memories with them and the city. I experienced a life lesson with NP. It is not necessarily the common language, nationality, program of study, age or background that connects you to the people. It is happiness, moving forward and passion that makes people closer to each other. Power is not only about physical strength and personal achievements. What makes people powerful is discovering their new potentials and sharing their morning high fives with others.