Monday location is here.
Blog is here:
If you know Pardus, you know she’s one of the most fun-loving human beans in the world. She started down in B-more with the #freeFitness mob known as NP Baltimore. She moved up here a little while back, and fit right into the Boston tribe. However, she recently relapsed with the NPBAL crew. This morning Pardus was found working out with her ex-tribe. We’re still not sure how we feel about this, but as long as she buys us something nice, we’ll probably welcome her back… 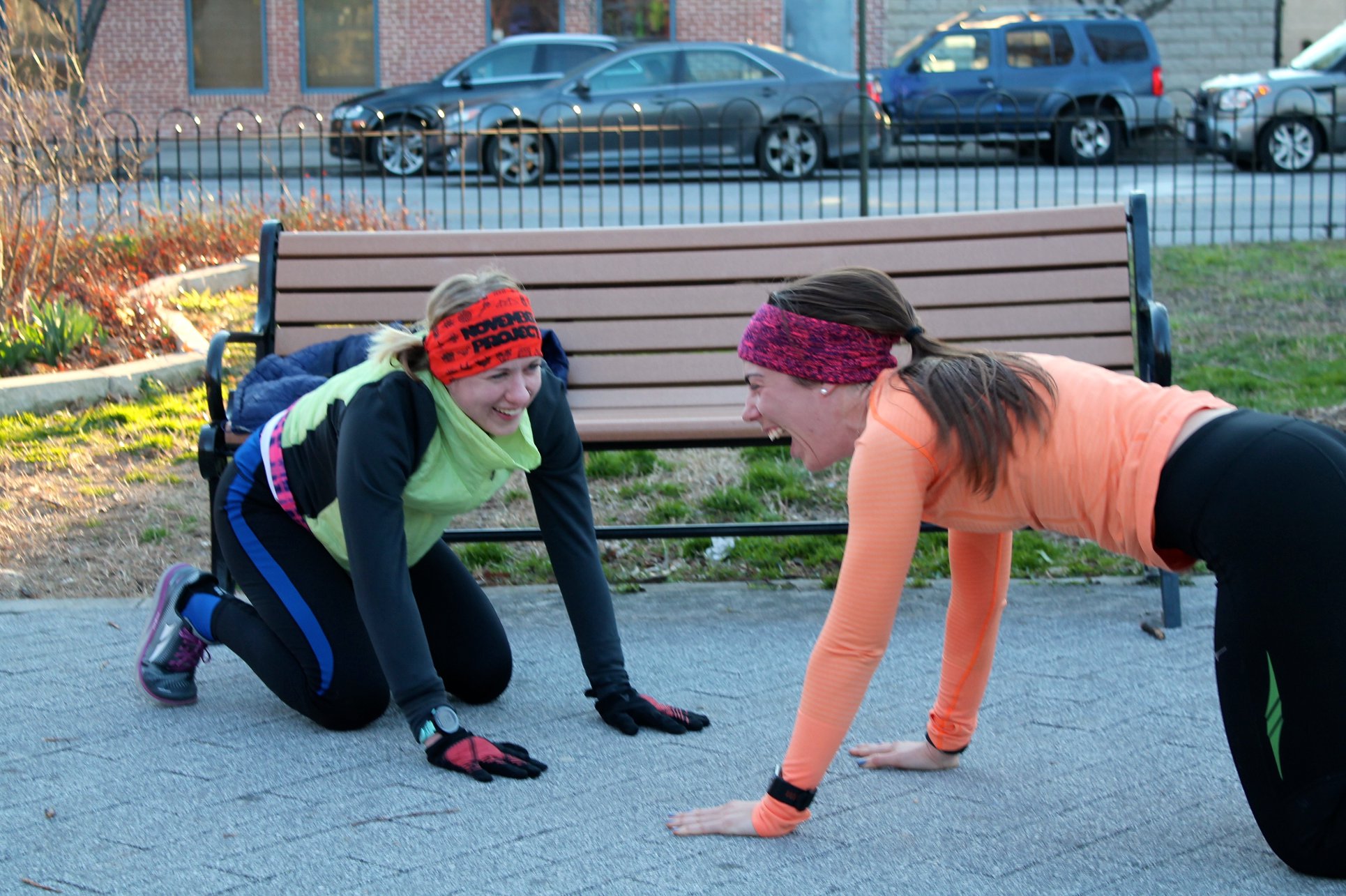 Alias/Nickname: I go by my first name or my last name

Why’d you Just Show Up? Jon Levitt stalked me on twitter for 6 months when the DC tribe started. I was commuting from Baltimore every day for an internship and this random guy on the internet was telling me to get up even earlier to go work out with a bunch of strangers. I finally gave in when Baltimore started their own tribe in January 2014, mostly just so he’d leave me alone.

Bostonian or Transplant? Bostonian/New Englander (with a brief 6 year stint in Baltimore)

Favorite Recurring Workout: Frogman. Yes, I love running up and down stairs forever. Yes, Frogust is my favorite month at NP.

Favorite NP Workout EVER: The Friday workout at the stadium for Summit 5.0. Having all of my new Boston friends and my old Baltimore friends in the same place doing my favorite workout with thousands of other people was the absolute best one year Boston-versary I could have asked for.

I’ll never forget… Saying goodbye to the Baltimore tribe not once, but twice. Also, the Friday workout before the North Face marathon relay in SF last December.

I laughed hardest when… I’m never not laughing at November Project.

Anyone inspire you at NP that you haven’t told yet (now’s the time…don’t make it weird)? Anybody who has the courage to step back and take a break when their body needs it. It sounds counterintuitive, but some of us have a harder time slowing down and taking time off than grinding out hundreds of miles.

Why do you keep showing up? Because joining the Baltimore tribe my senior year of college made me realize there were other people like me out there. I wasn’t the only one that liked going for long runs just because and didn’t enjoy staying out all night partying. NP Baltimore gave me the last push I needed to fully recover from an eating disorder, and saw me through huge life events like graduation and my first “real” job. When I finally moved to Boston a little over a year ago, I quickly realized that growing up in a suburb an hour north is not the same thing as moving home, and I had exactly one friend from preschool in this city. Lucky for me, Nick, Pat, and Sydney warned Boston I was coming so I had a whole new group of friends I’d never met waiting for me with open arms. NP became the thing that got me through the day, not just three days a week, but every day. And now, I’m lucky to have a great group of close friends here, something I never really let myself have in Baltimore because I knew it was only temporary. I’m not always able to show up due to injuries and life, but I do know that NP is there when I need it, and also when I don’t. And it’s the reason I keep showing up, because this movement turned my entire world upside down almost four years ago and I never looked back. 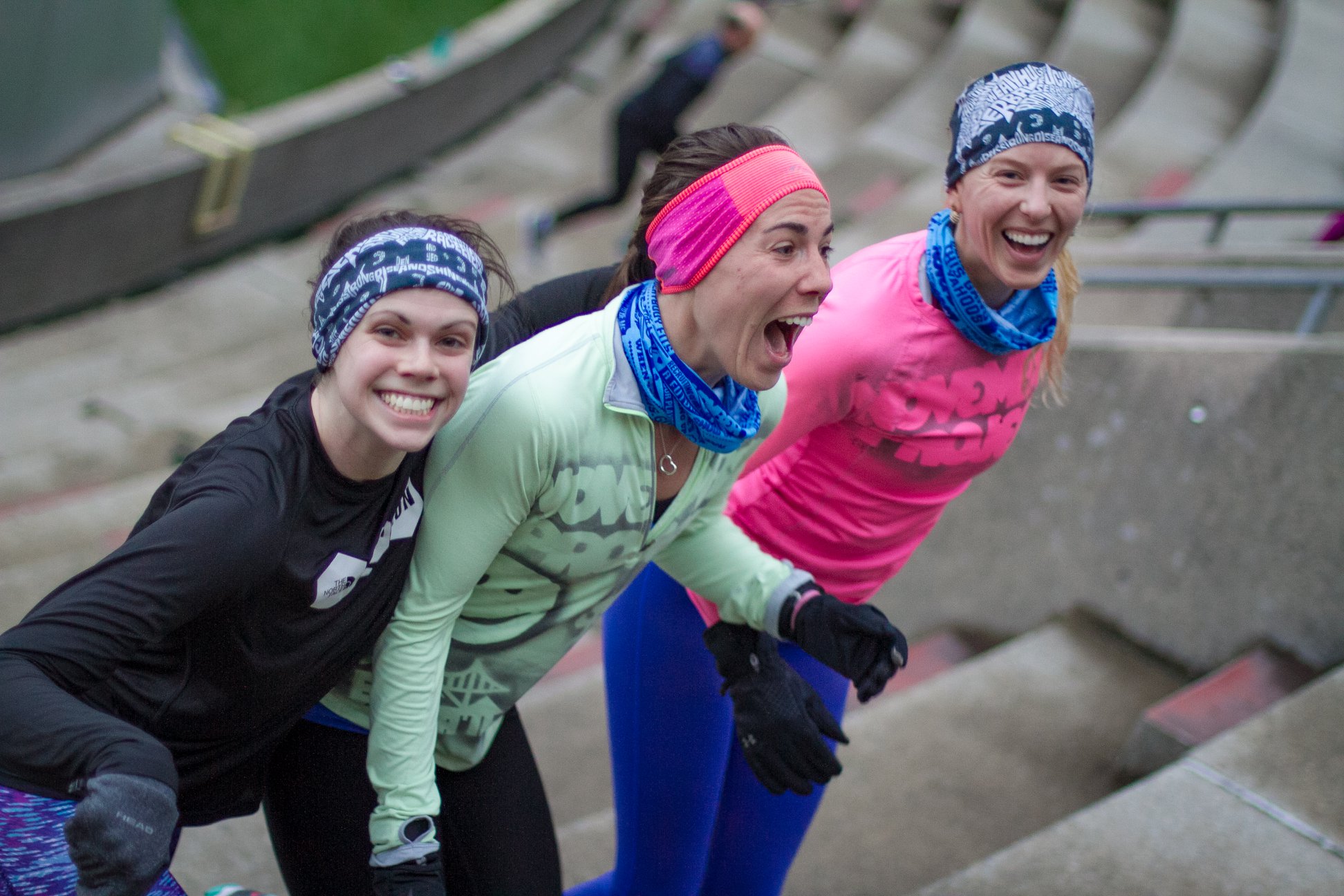 What do you do for a living? I get paid to run advertisements that are directly targeted to you based on websites you visit and purchases you make (yes, I’m THAT person). I’m also going to school for my MBA at night.

When you were a child, what did you “want to do when you grow up?” An interior designer.

What is your superpower?  Organizing things.

What’s a question that we didn’t ask that we should’ve? What city should start a tribe next?