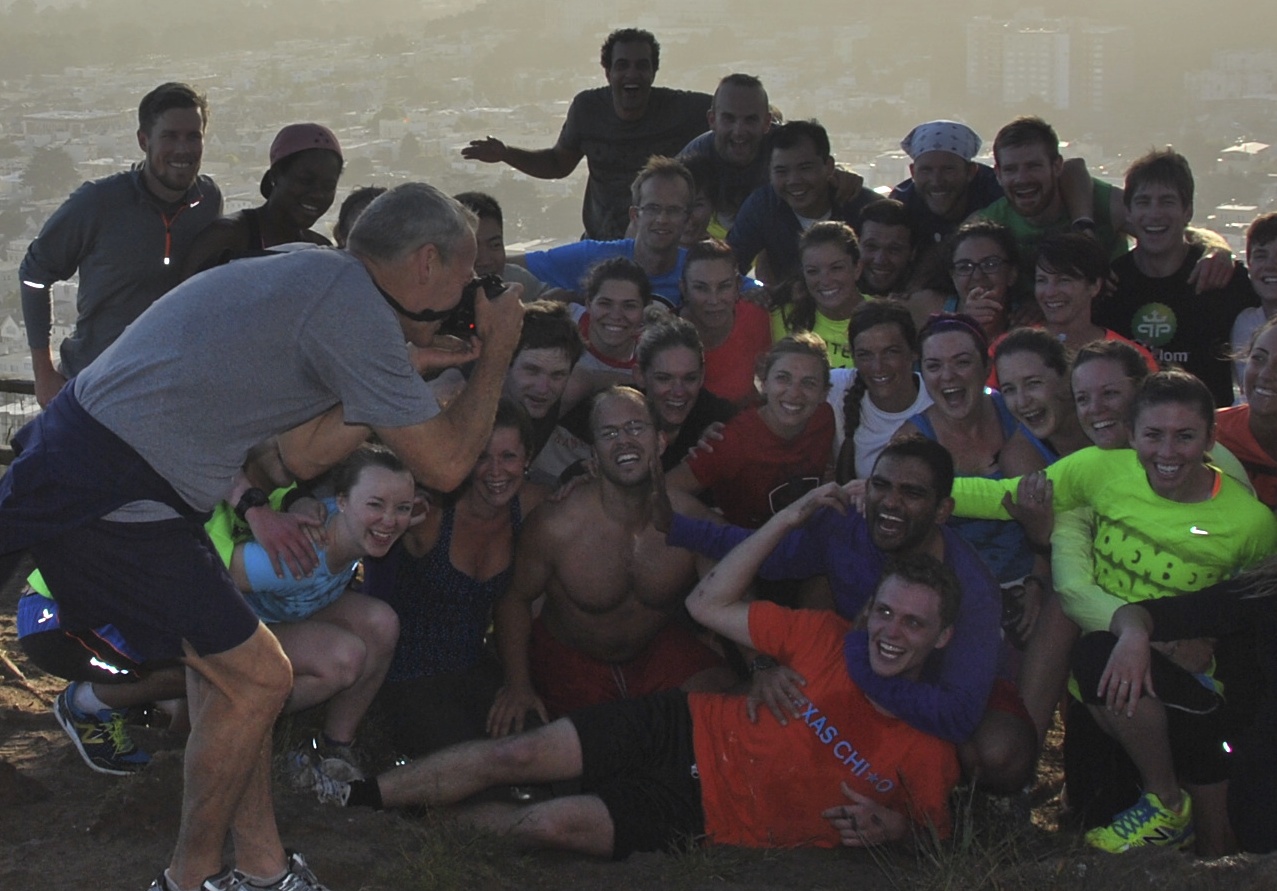 November Project San Francisco is known for killer hill workouts, steep stair cases and most recently, it’s red hot instagram game. Hundreds gather from around the city each Friday to take photos of the workout they are supposedly doing, while posting photos and tweeting out updates.  This week we caught up with the group known as the #instagang to hear about how they keep their fingers in tip top condition.

Preferring only to be referred to only as their sign-in names for fear of exposure to obsessive fans, @hittingthehighnotes and @kinleymay said their love for instagraming was not something they were born with, rather a learned behavior. “It was as simple as seeing a fellow friend post a sub-par photo one day and I said to myself, ‘hittingthehighnotes, you can do better than that…that picture is just plain frightful,’ and so I picked up my iphone and got to snapping. Never looked back. Well, only to check out my competition, lightyears behind me.”

@kinleymay agrees and states she measures her self worth by how many ‘likes’ she gets on each photo. “If I don’t reach 100,000 on a photo within 2 hours I immediately delete it. I wouldn’t dare keep a photo up that at least 1/10 of my friends didn’t think was worthy of their viewing time. I mean, I just wasted .025 seconds of their life that they cannot get back. And that’s on me.”

Later on in the morning we watched @mariseca line up the perfect skyline shot and asked her how she chooses her filter with such perfection. “The trick is to saturate the skyline so much that the gray skies now look yellow and people think the sun is actually shining in SF, when in reality I am just caught in a freezing cold cloud of despair” she stated, all while performing her thumb push-ups, 3,000 daily to keep the intrinsic muscles strong. “You cannot have weak thumbs in this business”, she exclaimed, “weak thumbs and you pay the price…the price which is less than 200,000 likes. Don’t tell @kinleymay, but that’s a price she is paying more and more each day.”

Not available for a personal interview, as she was scouting out her own secret venue for an upcoming instashoot, @saminal simply stated “If I didn’t instagram, how else would people know my morning was superior to theirs?”