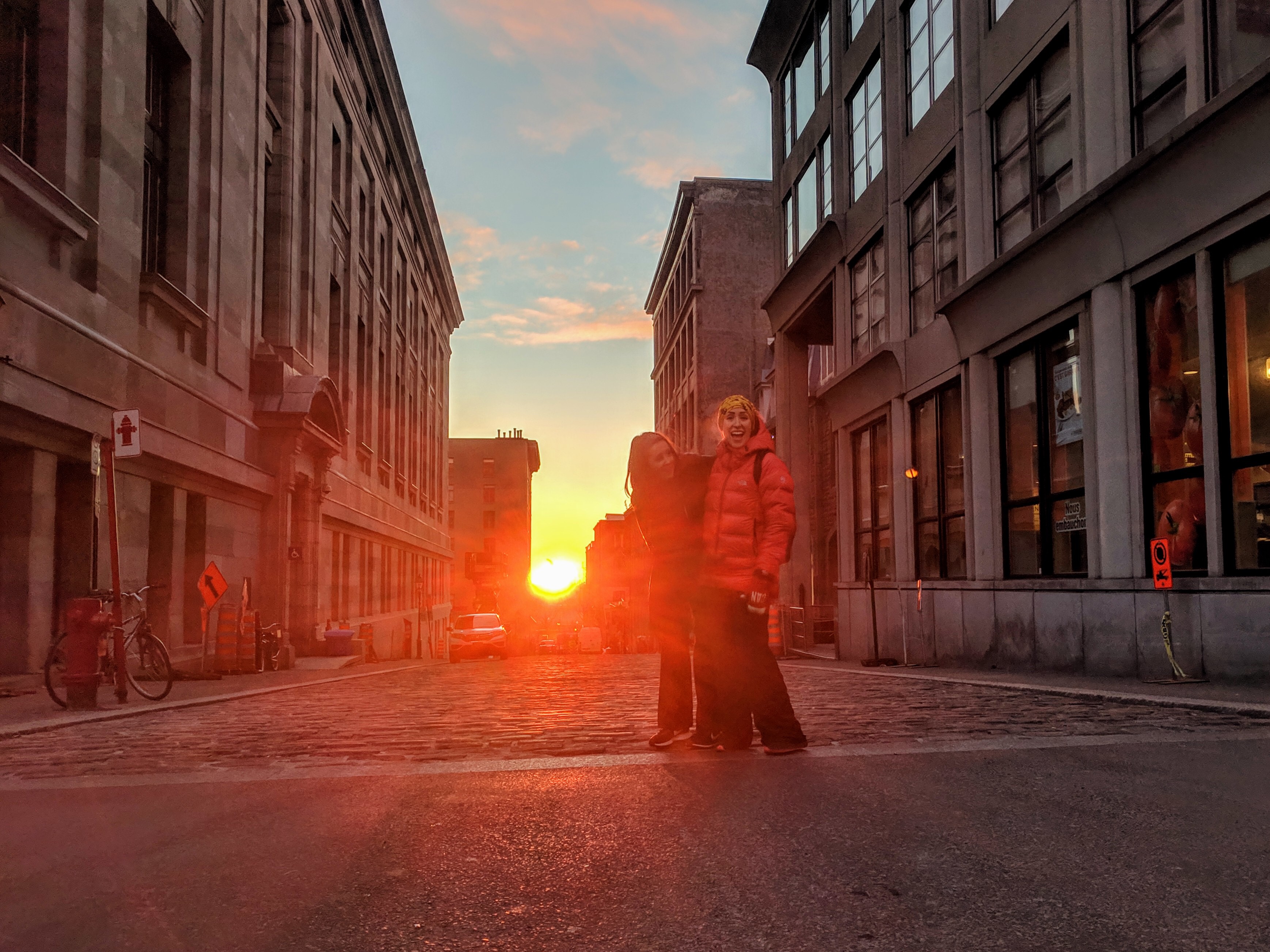 Yesterday, I went on a run. I planned 8 kilometers, because this is Canada and that’s how we do things. I’m in the countryside which runs on a grid. I thought that grid was 1kms by 2kms… I was wrong. My 8km turned into 14km, because I didn’t notice until I was halfway through my route that the grid is actually in MILES. Dammit. Canada. Get. It. Together.

I can’t actually blame the road system because, the truth is, I’m really bad at math. Numbers, more specifically. Units of measurement, telling time, remembering a phone number, counting reps… none of that stuff sticks in my big brain. So an 8km run turned into a 14km commitment which gave me a lot of time to think and ponder as I pounded the snowy pavement (I am good at alliterations though, for the record).

I thought about a lot of great stuff that went down in 2018: new friendships, academic experiences, athletic pursuits, travel and exploration. And then I began thinking about how damn tired I am. By all accounts I am #blessed, but I gotta tell you that I’m also exhausted. As I’m running down the range road, I think about the impossibility of such admittedly rad experiences alongside a feeling of energetic bankruptcy.

I figure this all comes down to a simple equation… I’ve been adding without subtracting. From my conversations with my other contemporaries, this is not a problem exclusive to me. Not being numerically inclined I might be making most of this up, but I think I’m on to something.I am/was a believer in the more is more mentality. Society praises the doers, and boy, do I love me some praise. I’ve used my personal resources of time and energy to do all sorts of things!

Some things were simple, other things were difficult – some things were fun… and others, not so much. Over time, I’ve become very good at doing a lot of different things, but I must admit that they are not all equally valuable or enjoyable. I don’t know about you, but if I felt discomfort, I’d simply add. Feeling stressed, add a hot bath. Feeling overstimulated, add a beer. Feeling lonely, add a group run. I’m LC, and I’m an add-aholic.

The plethora of opportunities presented to us on a daily basis is staggering. While this surely has its advantages, I now realize that all this adding has resulted in a feeling of overwhelm. My desire is to be adequately whelmed– just the right amount of whelm, if you will. I enjoy a challenge and I’m committed to growth, but I think I’d prefer to enjoy myself in the process. As a result, then, I’m going to have to start subtracting.

Sometimes our ability to say no actually serves our bigger yes. There is no claim to virtue without the clear-cut ability to say no to things that don’t support what we’re up to. If you’re a “yes” for possibility that means you’re also saying no to resignation, cynicism, and self-sabotage. – Baron Baptiste

Maybe you’re like me and you have some goals, but feel you lack the adequate resources to act on them. As today was the last NP Montréal workout of 2018, I encourage you to take stock and adjust course instead of a simply setting a resolution for the coming year. Join me in math-ing and perhaps together we can add more of what works and subtract the obstacles, equalling success (see what I did there with all those math terms?!).

If you want to add: 8 hours of sleep each night for rest and recovery.

You’re going to have to subtract: Staying up late scrolling when you could be in bed snoozing.

If you want to add: Run a half-marathon this summer.

You’re going to have to subtract: Refusing to call yourself a runner + not wearing proper shoes.

If you want to add: Meaningful and fulfilling relationships.

You’re going to have to subtract: Spending time doing things with people you don’t like, doing stuff you don’t want to do.

If you want to add: A new professional accomplishment

You’re going to have to subtract: Waiting for permission to take initiative + do the things.

If you want to add: Working out with November Project

You’re going to have to subtract: The excuse that it’s early/ cold/ dark. We’ve already heard it.

All math aside (and some people may say there has yet to be any actual math in this post), I would like to encourage everyone to look at the decisions we’re making on a daily basis. If you are choosing to add something, you’ll have to subtract something by default. Our resources of time and energy are finite, so it makes sense to weigh the cost/benefit of your choice. Is what you’re adding worth what you are simultaneously subtracting?

I challenge you to test my theory and join us at Place Jacques-Cartier, Wednesday at 6:29 a.m.Come see what this early morning workout, adds to your day (ex. community of encouraging people, #freefitness, good vibes) and also, what it subtracts (e.g., ambivalence, isolation, dislike of mornings). See you soon!