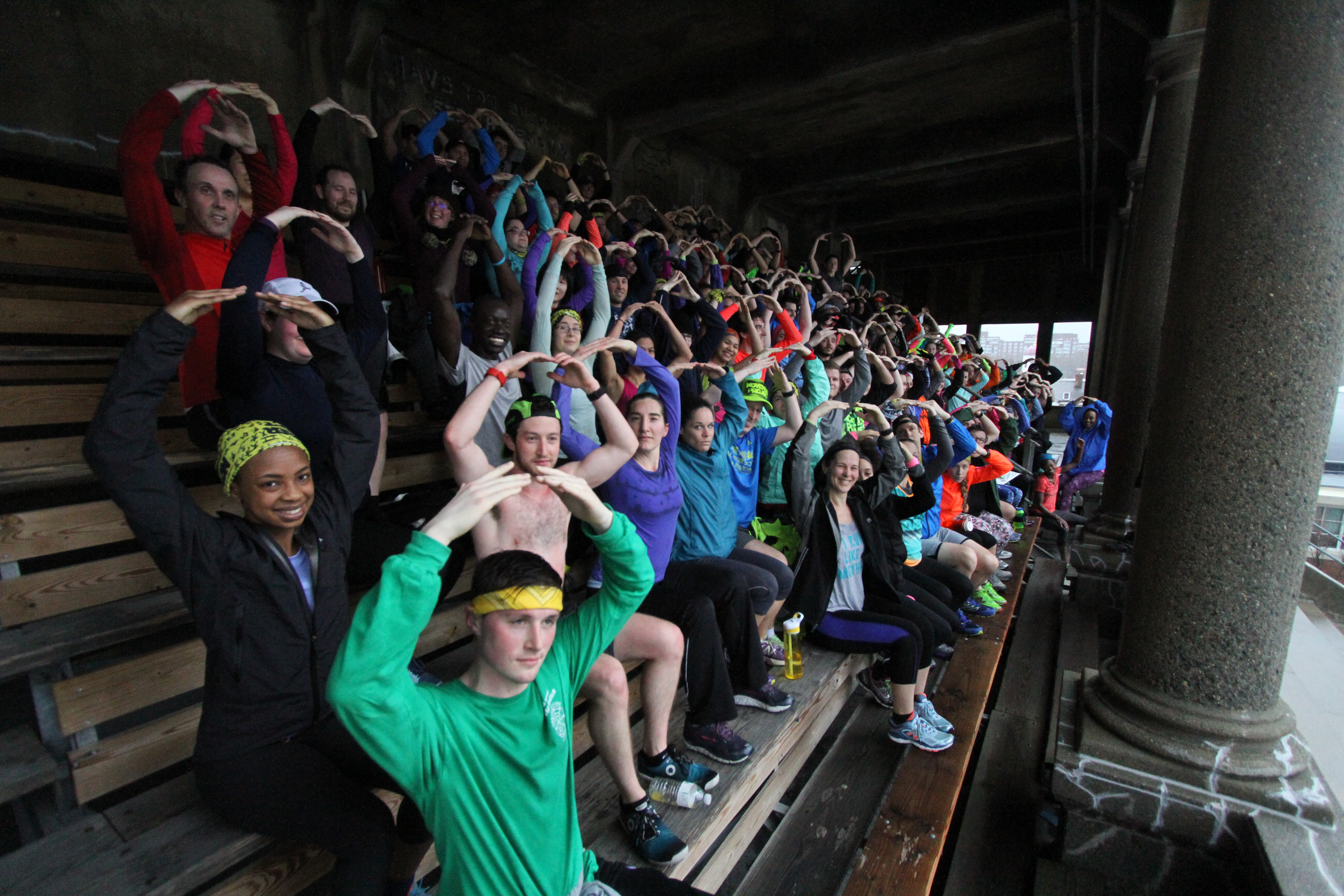 I went home and had dinner with my mum last night. It was good to catch up, and talk to her about much my life has changed recently. I talked with her about how it can be easy to get caught up in how amazingly athletic this group of people is. That there’s people around me that run 50+ miles a week like it’s no problem, and that it’s easy to feel like you’ll never be able to compete. We talked about how even though I feel like I’m in the best shape of my life, it’s easy to compare myself to some of the beastly athletes at NP and feel like there’s a whole lot more I could be doing.

Flash back to 3 years ago. I was back in Boston after living in Vancouver, BC where I was barely active. I played some volleyball and flag football here and there, but I wasn’t really in great shape. In 2013 I decided to sign up for a Tough Mudder. I had no idea what I was getting myself into, but I had a good crew sign up with me, and I figured what the heck.

Now, at this point in my life I had never run more than a mile at a time. At the start of my “training” for the Tough Mudder I went out and did a 3 mile run and it was definitely the farthest I had ever run. I was 25 and had never run more than 3 miles. I’m not saying it’s a good thing or a bad thing, it was just my thing. I was never interested in personal fitness. I never ran anywhere unless it was from the cops at a college party. Then came the Tough Mudder.

It was a blast, but the whole time I was thinking, damn I’m out of shape.

Damn, am I getting a beer gut?!

After that, I decided to do something about it. A couple of people I played rec sports with had these cool spray painted shirts and according to FaceBook were having super epic mornings. They had always talked to me about NP because they knew (like I know now) that these were my people.

That Friday I showed up for the first time, bright-eyed and bushy tailed at the hills in Brookline. I had no idea what to expect, and proceeded to get my ass handed to me by Summit Ave, stopping multiple times on the uphill to catch my breath and “tie my shoe.” All of a sudden…

But just like the TM crew, this crew seemed alright. I could see myself spending my mornings doing this shit. It might be really hard to keep up, but at least I was laughing, hugging, and being an adult-sized child all before most of my friends’ alarm clocks even went off.

The next Wednesday I followed up. I made it to the stadium, and can’t even remember if I did a half tour or not. I just remember BG talking about “The Big Kids” and thought to myself “Pff, yeah right. Whatever. 50 sections!?! Hahahahahaha!” It was absurd. In my mind that wasn’t even a possibility, and it never would be.

Flash forward to this morning. I ran 100 sections. A century. A frogman…2? Sure, it took me both the 530 and 630 sessions, plus a few bonus sections to get there, but in the words of Kevin Garnett, ANYTHING IS POSSIBLE. That’s why this morning when Emily introduced the scalable options for Frogman, I said “try to get 50 anyway.” While scalable options are definitely important, it’s just as important to recognize what IS possible (if you see the above, apparently “anything”). Don’t take the $100 bill down from the top of the grease poll. Ok, THAT was a weird reference. Maybe… Don’t tell a kid in kindergarten they will never be president? Yeah, that makes more sense…

I guess what I’m saying is, don’t give up. Sure, laugh at the idea of doing 50 sections yourself, but go out there and try every single time. Try to do what “The Big Kids” are doing. Don’t settle. Take bonus time if you need to. You owe it to yourself to see what you’re capable of. I never thought in a million years I’d be running stadium sections like this, and while I do feel like I still have so far to go, I am proud of my accomplishments. Own it. Do it. And if it’s important to you, never give up.