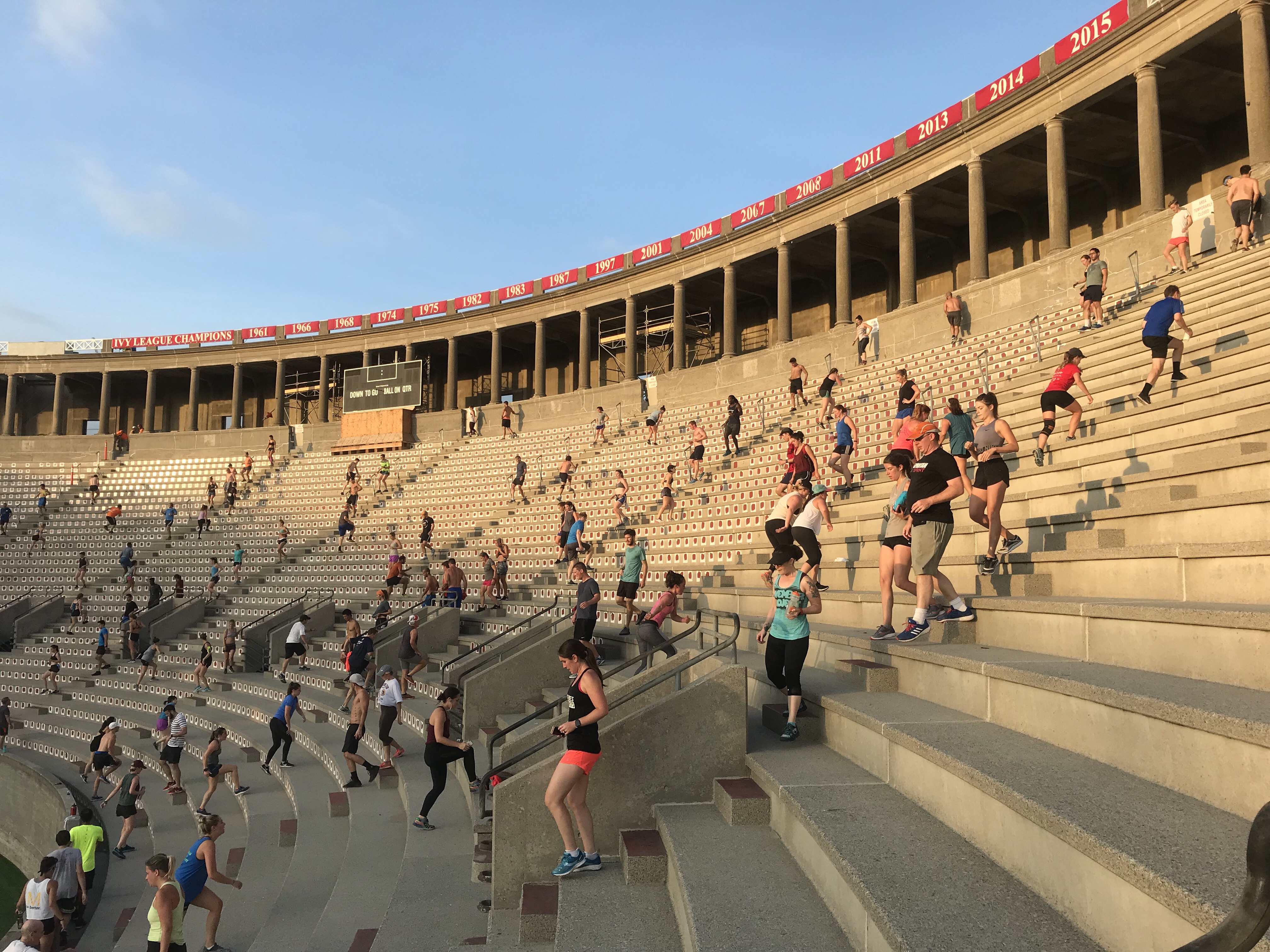 We can tell all kinds of elaborate stories about how people have these deep meaningful conversations with loved ones and share how their lives have changed because of NP with friends over coffee–because those stories exist, for sure.

But this morning, we were reminded about how freaking simple is it–and how frequently it happens that word spreads about that interesting/weird/pretty cool fitness group/movement/tribe/not-cult…November Project.  It’s as simple as this:

A dude from Cambridge, United Kingdom gets on an airplane to head to Boston for his buddy’s wedding this week.  He’s chatting with someone on the airplane, who mentions November Project.  This dude hits the town in Boston, goes out, meets people, has a wonderful time…even stays up a little late–he is on holiday, after all–and then grabs a ride from wherever he crashed last night to JUST SHOW UP to NP this morning in the stadium.  And he’s like, “this was great.  Hard.  Fun.  And what’s the deal with Friday?  I’ll be there too.”  The guy came one single time and he was hooked–because of the combo of really legit fitness and a really solid vibe.  If he lived here, he’d be PR’ing the last Wed of September and showing up for the 5:30 group too.  He’d be figuring out how to chase everyone up Summit Ave and he’d most definitely have traversed the city a couple of times at least for a Monday Destination Deck.

It’s not about convincing someone to change their entire lifestyle.  It’s not about persuading someone to be excited about 5:30/6:30am.  It is as simple as telling someone on a plane about the worthwhile opportunity that awaits them in the city they’re about to land in.  It is about wearing some Grassroots Gear and having a good answer when someone looks at your shirt and says, “what’s November Project.”  It is about inviting other people to get a little taste of something you think is pretty good–sharing a bite with them.  You don’t need them to eat the whole sandwich–just a taste is often enough for them to start asking “what’s the deal with Friday? …with Monday?  …so we come to the stadium every Wednesday???”

And it’s cool if the dude from this morning had that conversation on the plane and immediately decided against showing up.  It’s cool if he was out so late last night that he wanted to sleep off his jet lag this morning, instead of pounding out stairs.  It’s cool if people don’t show up …  when they know what it is.  But how can they know for sure if this is for them if they never even try it out.

So here’s the bottom line.  NP actually grows because we not only show up but we also have little, simple, in-passing conversations about it.  It grows when we feel the hype of what just happened with a million weird #firedrills this morning and it makes you smile throughout the day–SHARE THAT STORY with someone.  They might think it’s weird and you’re a little crayyy, but they might just be looking for something exactly like that.

#NPplus1 is not just a challenge–it’s how this movement of November Project actually grows.  Read more details IN THIS BLOG and keep showing up all month.  Bring your Plus 1 on Sept 26th to the stadium. 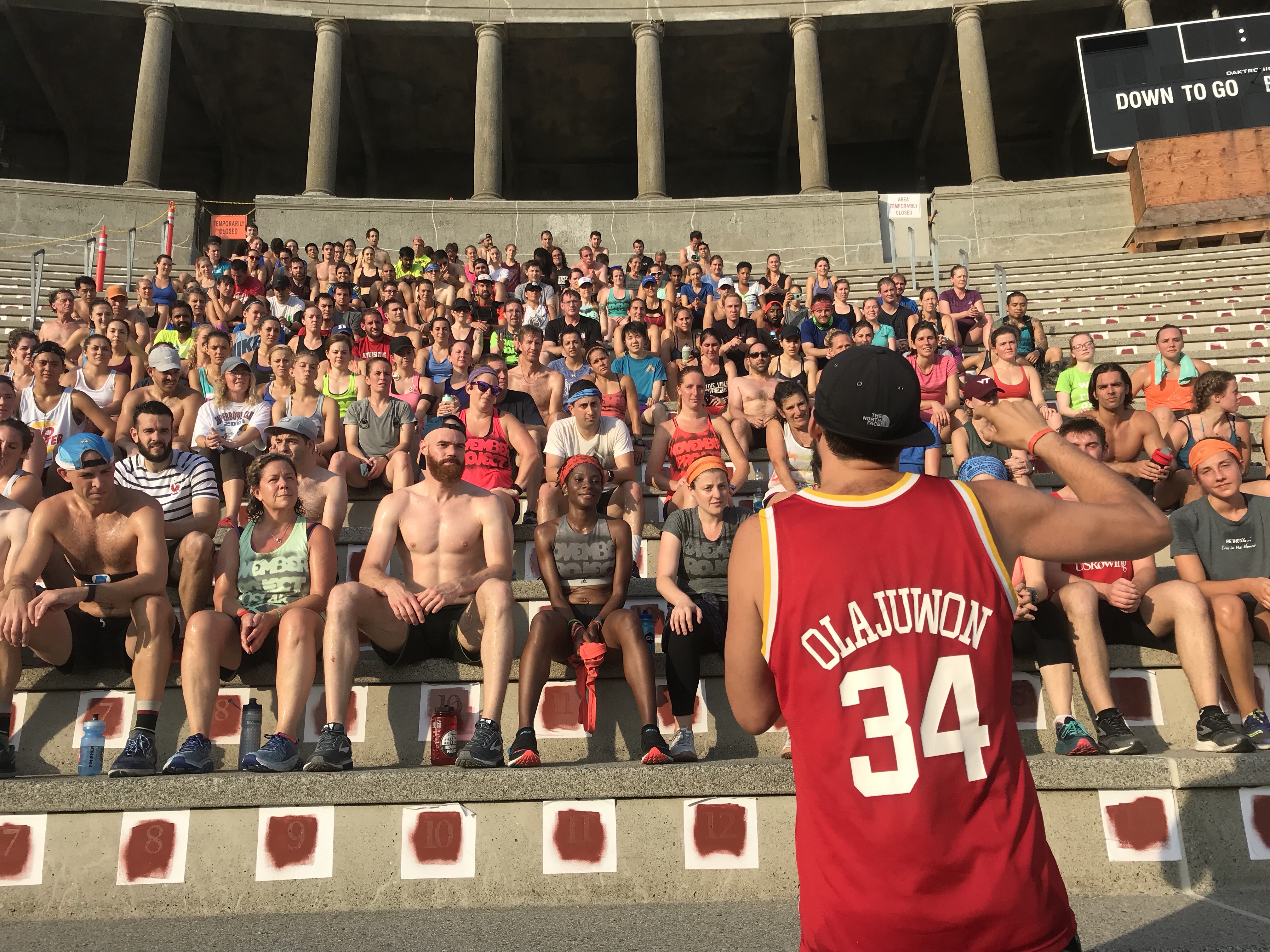 NP SOCIAL & RECRUITING PAPER PARTY is this Friday, Sept 7, 2018.  We will meet at The North Face store on Newbury St. in Boston at 7:30pm.  Bring a pair of scissors and yourself.  You can even bring a plus 1. (we will either have drinks at the party and/or go out after for adult beverages, so be prepared for that)

WE ALWAYS HAVE A WORKOUT ON FRIDAY.  It’s at Corey Hill Outlook Park, which is in Brookline. The top of Summit Ave.  6:29am.  #JustShowUp