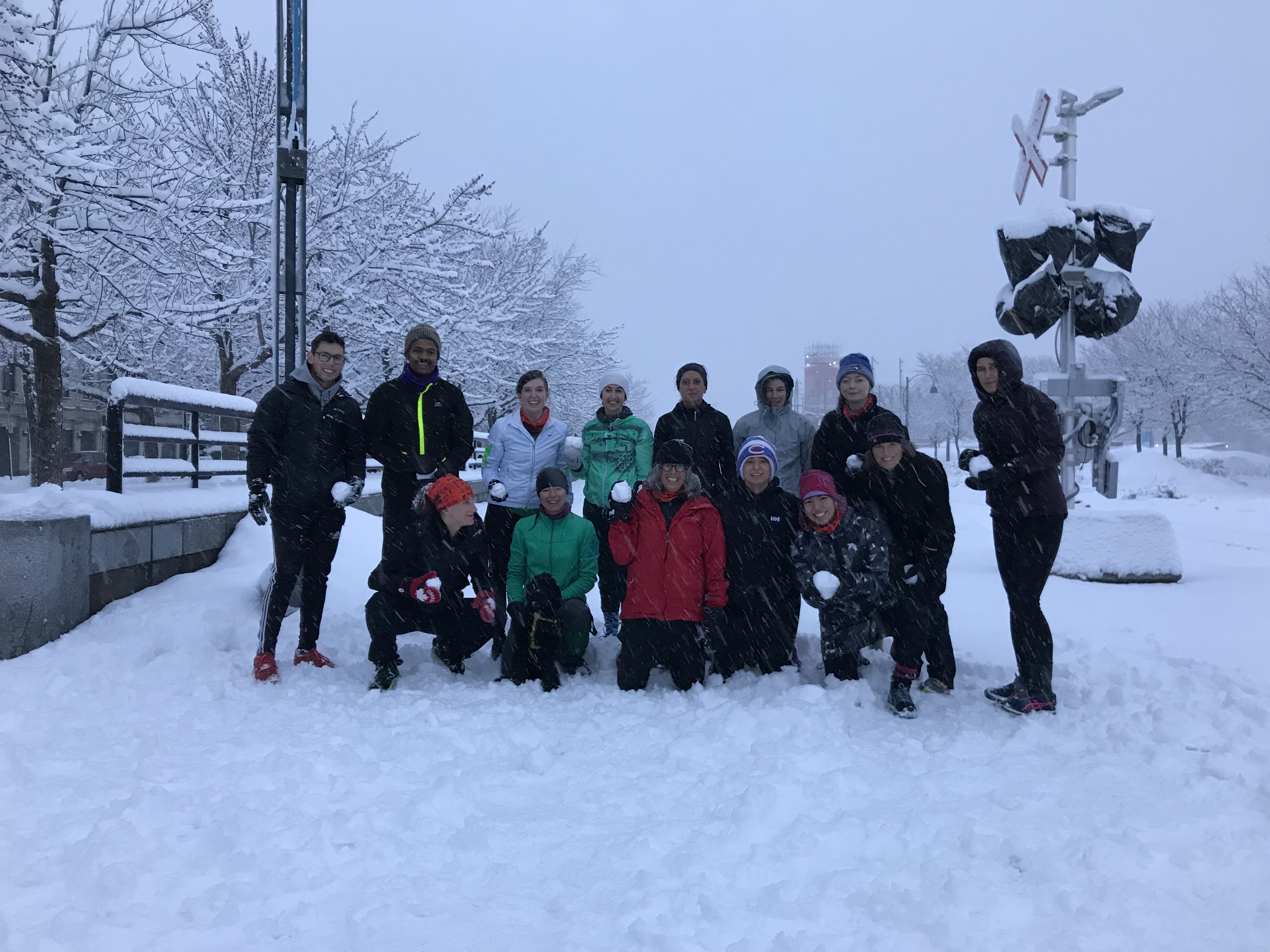 The Feast of Saint Patrick is a cultural and religious celebration held on 17 March, the traditional death date of Saint Patrick (c. AD 385–461), the foremost patron saint of Ireland. It is widely celebrated around the world. Montreal never fails to celebrate St-Paddy’s day. The Montreal St. Patrick’s Day Parade is actually the oldest St. Patrick’s Day parade in Canada and has been held every single year since 1824. Historian Don Pidgeon claims Montreal has been celebrating St. Paddy’s Day decades earlier than that, since at least 1759, the year of the Conquest, just not in a parade format. So try and beat that NP Winnipeg, Edmonton, Toronto, Vancouver, Kelowna, Regina, Ottawa, Calgary, Victoria!

November Project Montreal added to the celebrations this year by hosting it’s own Irish Jig 3 days prior to March 17th on “Pi day” 3.14.2018 – and hence St-Pi-trick’s Day…and what a jig it was. 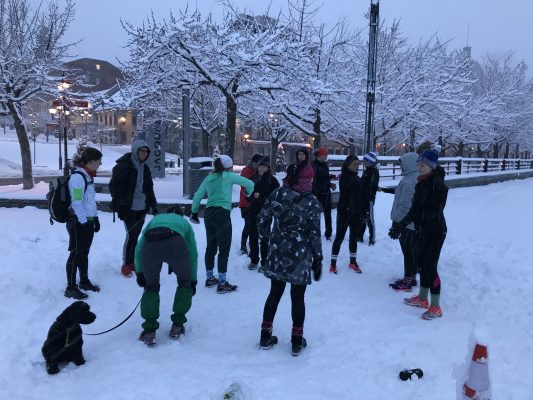 I realized this morning that everyone’s heard of an Irish jig, but few people actually know how to do it. So here is a step-by-step on how to properly jig – according to Rachel Hanson – Choreographer:

Leprechaun leaps, Shamrock star jumps, Irish inchworms or Kissing kayaks were also on the menu. It was lots of fun to see everyone get into the Irish spirit and do silly stuff. Since it was snowing, we also had to finish everything off with our very own snowball fight. What a day! 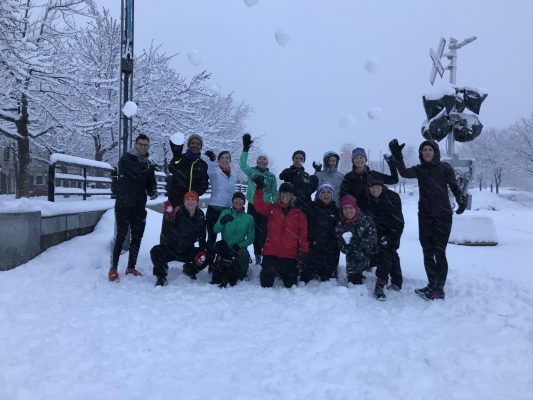 Meanwhile, while we are doing our shenanigans, our favourite pup Winston here is chillin’ and wondering what the hell we are doing. 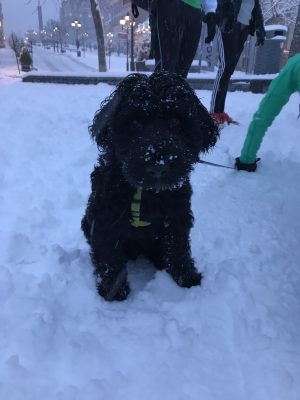 That’s it for the week folks. Have a fun week and see ya next!