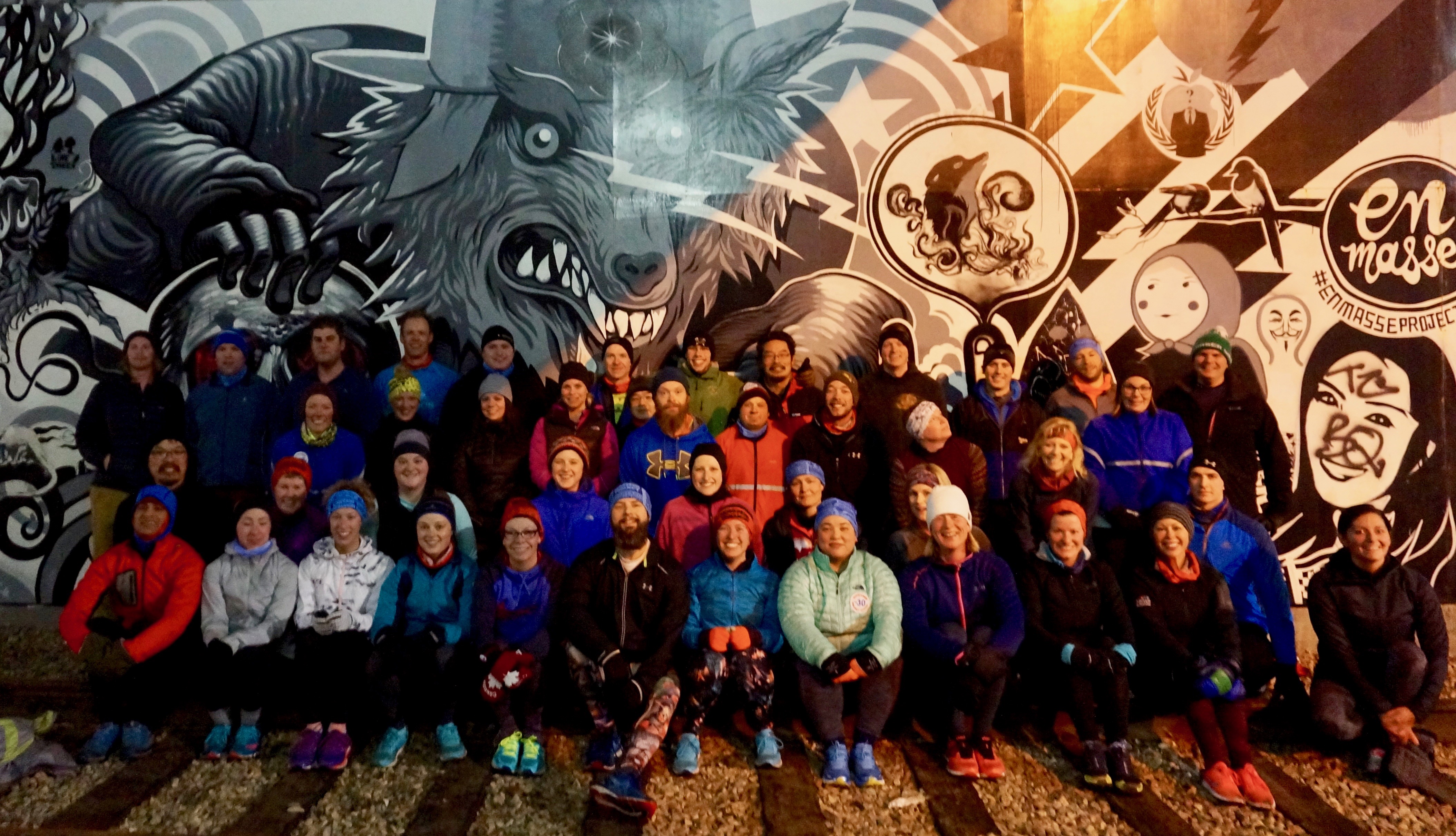 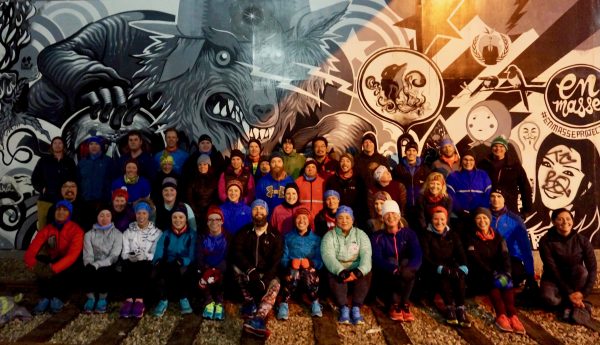 For the amount of spray paint I’ve used over years, it occurred to me this morning that I don’t know the first thing about street art. Apparently, I’ve only been involved in the no-cost, clothing street art, known in November Project circles as grassroots gear. With a sudden, needed rise in temperatures, it was fitting that we could have worn fewer layers and shown (showed? shone? shoe-in? shoed?) off some of the aforementioned grassroots gear. I’m about ready for the light season, which also leads to warmer weather, less layers and, well, light. And, as an added bonus, we’ll be able to create a bunch more fresh street shirt art for you all.

We have a handful of buffs left, but act soon because they’ll be gone before you know it. $5 exact change.